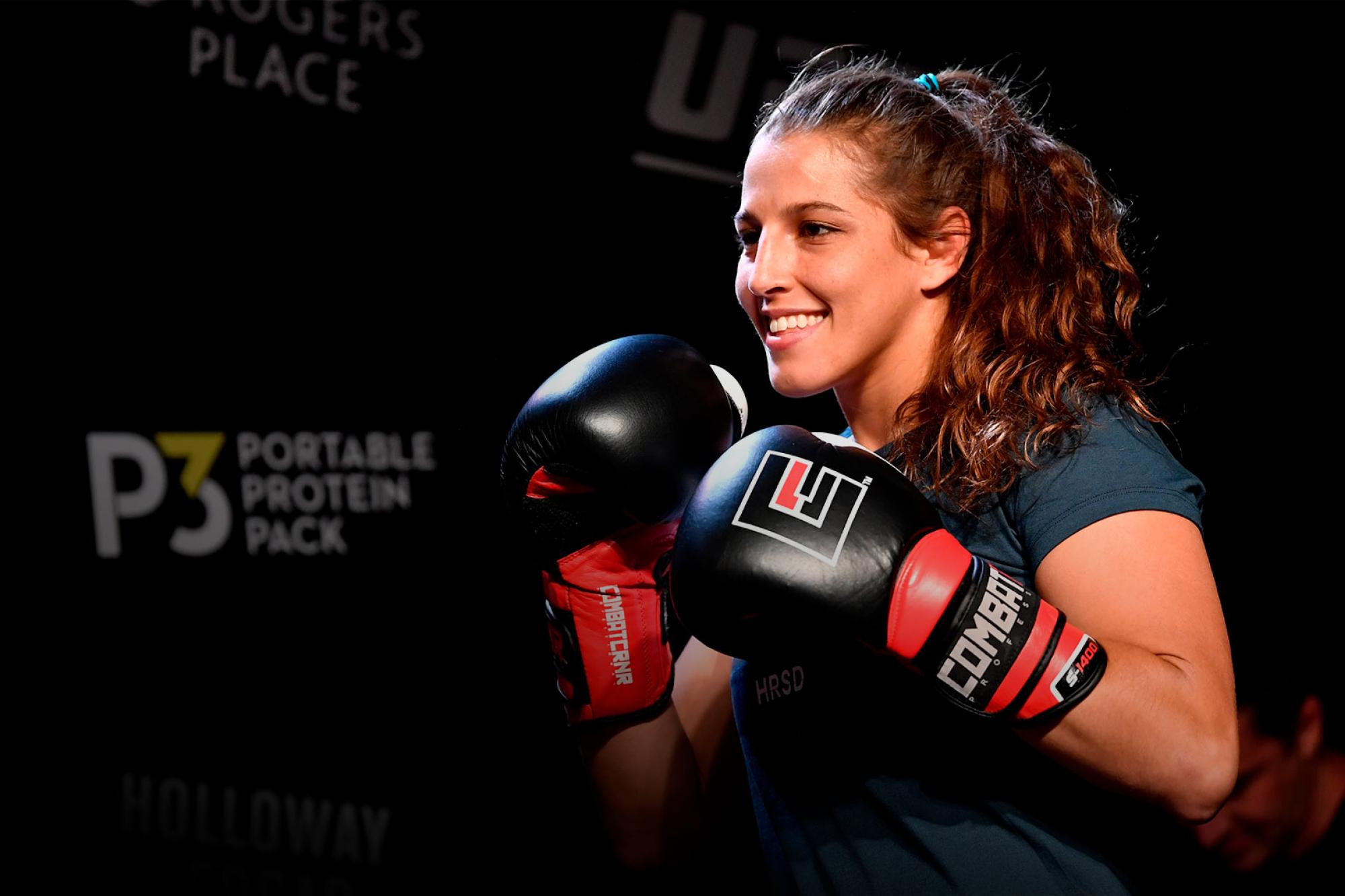 Felicia Spencer may be facing a tall task on Saturday at UFC 250 against Amanda Nunes, but her confidence is high as ever
By Jon Gagnon • Jun. 4, 2020

When you’re matched up with a fighter like Amanda Nunes – who many consider the greatest female fighter of all-time – there can be a sense of doubt before ever stepping foot in the Octagon. You’re peppered with questions like, “How can you stop the unstoppable?” or “What makes you different from all the other challengers?”

Felicia Spencer may have the answers to those questions when she fights Nunes in the main event of UFC 250 this Saturday.

Spencer’s resume is perfect for all but one fight, which happens to be a loss by decision against the fighter who used to carry the G.O.A.T. tag, Cris Cyborg.

“It’s helpful,” Spencer said about the experience gained from fighting Cyborg. “I felt really good going into that fight without ever being on a stage like that. But every experience I have makes me better.”

Spencer seems as composed as any challenger could be. She has a calm about her despite all the talk of Nunes’ greatness. You can see Spencer’s relaxed nature for yourself on this week’s Embedded series. It’s as if she’s not even aware of what’s at stake on Saturday.

But she’s definitely aware of the opportunity. Perhaps she just knows something we don’t.

“I think I actually match up better with Nunes than Cyborg. Cyborg is very aggressive, she’s extremely well rounded but she’s maybe known to be more explosive. The way she fought Amanda was a normal fight for her, but it didn’t go in her favor because Amanda matched it,” Spencer explained. “Whereas, if Amanda tried to match my style, I’d come out on top because my grinding pressure is better than anyone. I have the ability to find a way to win in a special way that other people don’t.”

Most think Spencer’s best way to come out on top is if she can get the fight to the mat – where she excels behind a smothering ground game. Spencer agrees that may be her best shot, but it isn’t her only plan of attack.

“I anticipate it will go the ground at some point, but I’m not going to rush it,” Spencer said. Most fights end up on the ground unless both people don’t want it to. Amanda isn’t afraid and she’s very well rounded, so she has no reason to try to avoid it. It’s not like my game plan is to go out there and just try to grapple.”

RELATED CONTENT: Countdown | Nunes vs Spencer - My Domain | Free Fight: Spencer vs Fairn | Spencer Catches Up With Patrick Cote | Inside the Octagon

After all, Spencer has an advantage in fighting Nunes that most of the Brazilian’s other challengers haven’t been privy to. In Spencer’s three-round battle with Cyborg, she took the shots of one of the most powerful fighters the sport has ever seen. Nunes may be even more powerful, but when Spencer takes the first shot from Nunes it shouldn’t come as much of a surprise.

“It’s nice to know I’ve been in there and taken some hits like that and was able to keep pushing forward,” Spencer said. “In this weight class, a lot of girls hit hard, so it’s not the first time I’ve felt power like that. But it definitely gives me the confidence that I belong in the cage with them.”

Spencer’s confidence grew during this past fight camp. While the COVID-19 pandemic has obviously made fighters – Spencer included – adjust their training, Spencer was able to find a positive. The limited access to the gyms gave her less time but it became more efficient time. Rather than spending an entire day at the gym, Spencer only had a couple hours. So it was pivotal to make the most of that time and give every second 100 percent attention.

“When everything started to close down my team didn’t think of it as a problem; we were looking for solutions. We found a way to get it done and adjust to a new normal,” Spencer said. “The nice thing about it is that every time I was at the gym or preparing for the fight it was so intentional and so focused, whereas normally there would be so many more hours with less focus and be kind of easy going. Everything that I did was 100 percent intentional and it was a great camp for that reason.”

Spencer plans to take her camp mentality into the Octagon on Saturday, and the fan-less UFC Apex provides the perfect venue for it. Spencer said while some fighters thrive off the energy and adrenaline from the fans, others are able to focus and become more calculated. She views herself as a member of the latter group.

“I’m excited to experience something new,” Spencer said. “It will probably be a little weird, but when things are weird they tend to go my way.”