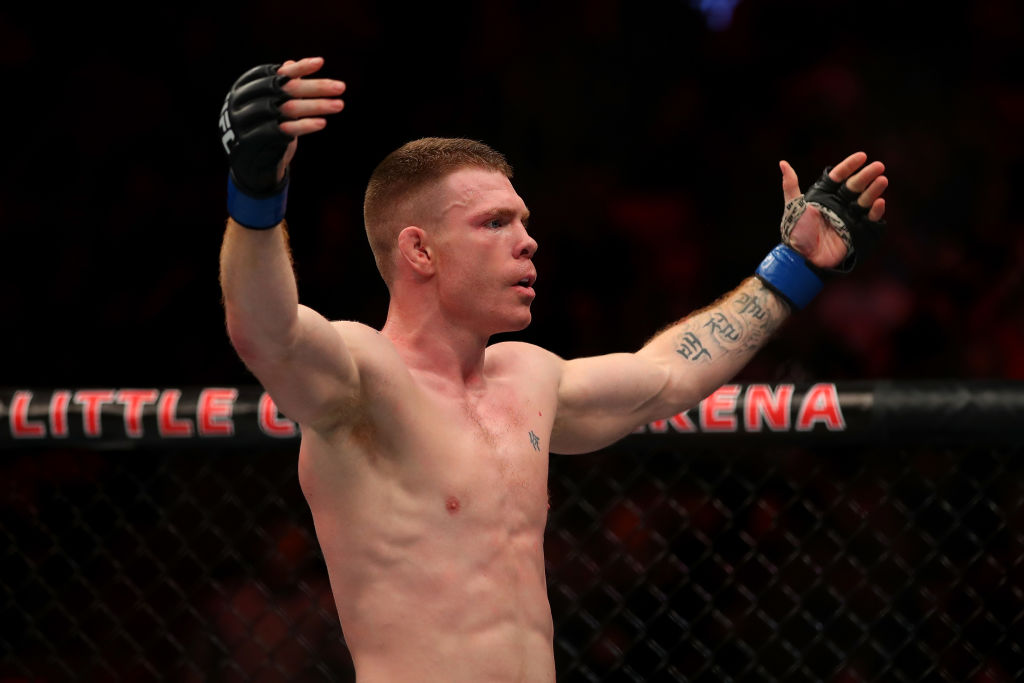 It was a rollercoaster 24 hours for "The Irish Dragon," but Paul Felder has a fight in July, albeit one he didn't expect.

But all was not lost for Felder, as an injury to Yancy Medeiros forced the Hawaiian out of his UFC 226 bout against Mike Perry on July 7 in Las Vegas. Felder immediately went to social media to express his desire to move up to the welterweight division for one night to face Perry. A couple hours later, the fight was made, and now it's Felder vs Perry at T-Mobile Arena.