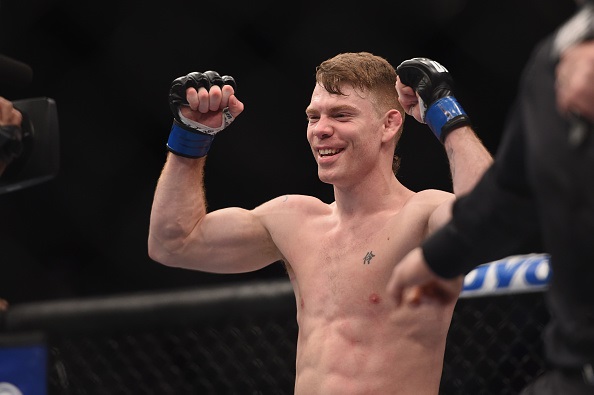 With Castillo unable to get inside to put together a consistent offensive attack, it was up to Felder to lead the dance in the first round, and he did just that, scoring with sporadic, but effective, strikes with his fists and feet.

Castillo continued to have difficulty figuring Felder out in round two, and after a wild rush in order to shake things up, Felder drilled “Last Call” with a spinning backfist that dropped the Californian hard to the deck. Referee Yves Lavigne jumped in to halt the contest at 2:09 of the round. 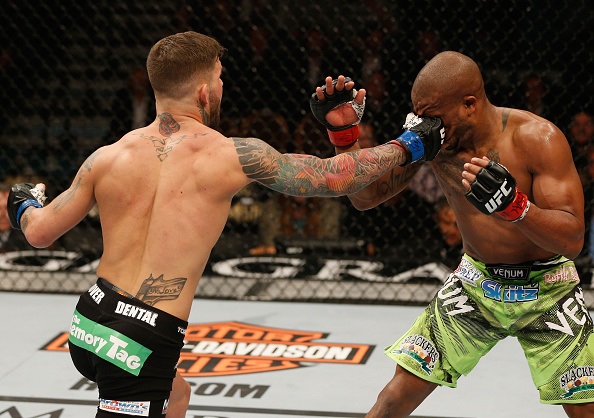 Highly-touted bantamweight prospect Cody Garbrandt looked to be closing in on the first decision win of his career in his UFC debut against Marcus Brimage, but as the seconds ticked away on the fight, Garbrandt accelerated into another gear, halting “The Bama Beast” late in the final round.

Both fighters were busy in the opening round, but neither was able to pull ahead in a significant way until the final seconds of the frame, when Garbrandt unleashed a blitz of strikes that rocked Brimage and had him in trouble until the horn intervened to end the round.

The heated exchanges started as soon as round two begin, Brimage (7-4) eager to show that he was not hurt from the previous stanza’s barrage. In the second minute, Garbrandt (6-0) wobbled Brimage again, with his kicks also starting to do damage. Brimage wasn’t going anywhere, but he was beginning to fall behind on the scorecards.

Having tasted Garbrandt’s thunder, Brimage had a solid third round, at least until the closing seconds, when “No Love” drilled him with a left-right that rocked him once more. Brimage would rise from the deck, but after a furious barrage from Garbrandt, another knockdown followed, prompting referee Herb Dean to step in at the 4:50 mark. 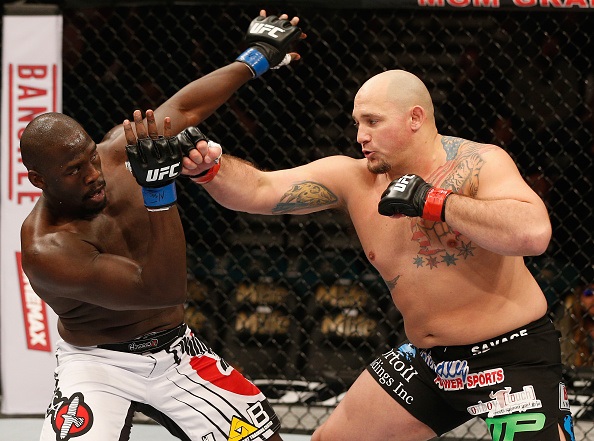 Heavyweight power hitter Shawn Jordan spoiled the UFC debut and perfect record of Jared Cannonier in one fell swoop, ending their bout via knockout in a single round.

Neither fighter shied away from exchanges at close range, with Cannonier scoring well with leg kicks while staying out of trouble upstairs – at least until Jordan clipped him with a right over the top that sent the Alaskan to the canvas. A follow-up barrage of strikes from Jordan ended matters, with referee John McCarthy stepping in at the 2:57 mark. 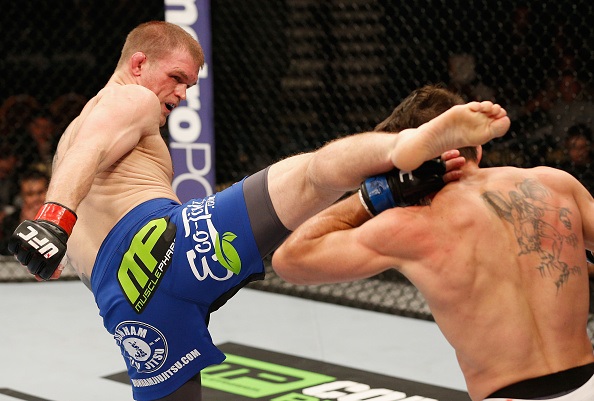 After an aggressive start from Damm, Dunham slowed the Brazilian down considerably with an accurate striking attack highlighted by several flush shots from the Las Vegan. Damm was more competitive in round two, but Dunham still controlled the pace and location of the bout behind his crisp stand-up game. Bloodied and behind on the scorecards, Damm put up a courageous effort in the final five minutes, but he was unable to stop Dunham’s momentum enough to get back in the fight.