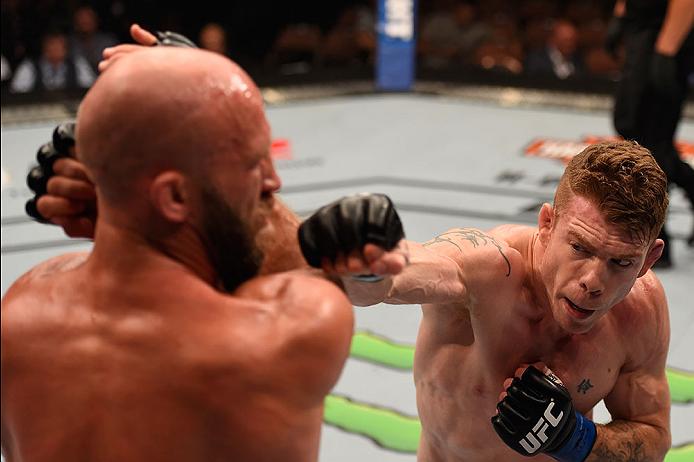 When Paul “The Irish Dragon” Felder faced Edson Barboza in July 2015, it was a turning point for the 32-year old Philadelphian’s career, even though he lost in a Fight of the Night effort.

“That night gave Paul a lot of confidence that he belonged in the UFC,” Daniel Gracie, Felder’s coach out of Renzo Gracie Philadelphia, said. “We never really celebrate the turning point because Edson is our teammate, but it was on that night we knew the ‘Angry Irish’ was going to do big things in the lightweight division.”

Felder will face Brazilian Francisco Trinaldo at UFC Fight Night: Cyborg vs Lansberg on Saturday night in Brasilia, Brazil, amidst a hostile crowd.

“Francisco is on a six-fight winning streak and this is what we want,” Felder says. “We want to take out a guy like that, a tough guy. It will be a great fight for the fans, but unfortunately the UFC said ‘We want to do it in Brazil,’ so now we’re going into hostile territory. But the Brazilian fight fans are always great. I think beating Trinaldo puts me in the top 15 or pretty damn near it.”
RELATED CONTENT: Felder fighter bio | Matchup with Francisco Trinaldo | Downes predicts the fight

“When I go home and watch Frankie and Eddie and Edson fight top-five guys and put on such great performances, knowing that I am in there training with those guys gives me a lot of confidence and also a lot of inspiration,” Felder says. “When I watch what Barboza has done in his last few fights, it really pumps me up and makes me want these much bigger fights, and this is one of them.” 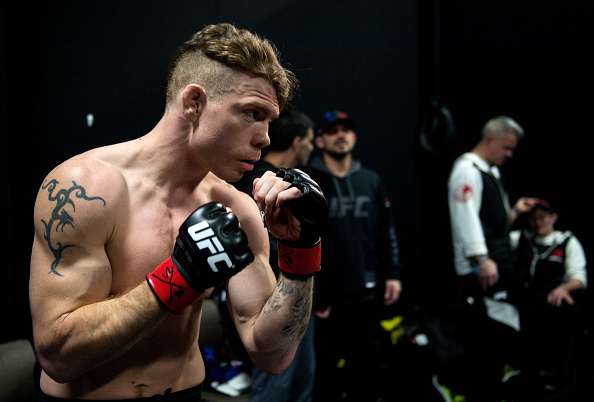 In Trinaldo, Felder faces a fierce fighter with one-punch knockout power and tons of heart. A wily veteran, the 38-year-old has come into his own as a force to be reckoned with after unanimous decision wins over the likes of Ross Pearson and Yancy Medeiros.

“You’ve got to be careful with Trinaldo,” Felder says. “You don’t want to get in a brawl with him. He has the ability to hurt you if he has the chance. That being said, I think I’m the more technical fighter. I think I have more poise. Sometimes my emotions get the best of me, but with this guy I’ve got to be stone cold and not let my anger get in the way and not let the game plan fall apart.”

Indeed, Gracie says he calls Felder “Angry Irish,” because when he’s in a fight there’s a noticeable shift in his usual happy-go-lucky attitude. “You know it when you see it,” Gracie says. “If he gets hurt in a fight it’s usually a bad thing for his opponent. He gets mad and he goes for the kill.”

Emotions are something Felder has used throughout his career, but at this level of the fight game, they can be detrimental as well, and some of his coaches, including Mark Henry and Catone, are working to try to keep them in check.

“It’s a big challenge because I’ve always been an emotional fighter,” he said. “I show when I’m pissed off. Nick and Mark are really hard on me to not get angry. If I get hit I should circle out and get back in position and not be an idiot and just stay in the pocket and brawl. I can still put on exciting fights, but I don’t have to be a fool in the process.”

Outside of the ring, Felder is one of the nicest guys in the gym, according to Gracie. “When the cameras aren’t around, and even when no one is watching, Paul is a giving person. He likes to joke a lot but more important, he likes to help the younger guys, especially guys he believes will be great fighters.”
MORE FROM FIGHT NIGHT BRASILIA: Lansberg not intimidated | Cyborg on the brink | Strikers invading Brazil | Under-the-Radar fights | Free Fight - Watch Cyborg's UFC debut | Brasilia Fantasy Preview | The Gracie Breakdown - Renan Barao

That is something Felder picked up from none other than UFC star Donald “Cowboy” Cerrone.

“When I made my UFC debut, Cerrone flew me out to train with him and we were on the same card, and during fight week, he was dropping my name and hyping me up wherever he could. When you’re on his team and when you’re helping him out, he goes above and beyond to help you. Sometimes guys in Cerrone’s position see a kid coming up and they might get jealous or put you down. But the guys who pay it forward are the real champions of this sport. I have a kid I train with named Sean Brady who is 5-0 on the local circuit and he’s one of my main training partners and he’s the strongest guy I’ve traveled with in my life, and with one or two more wins he will be in the UFC.”

In his own right, Felder has always been a scrappy fighter, but as his coaches point out, that only gets one so far amongst the elite of the elite. These days, he is much more mature inside the Octagon. He understands what is at stake and what he is fighting for. He knows this game and he’s picking up pointers from the best of the best.

“Look, I want to be an exciting fighter and put on good shows for the fans. I know real MMA fans know who I am and appreciate my style,” he said. “I’m not a great submission artist, and I wouldn’t know how to outpoint you, but you can guarantee that I am going to leave everything in the ring every time I’m out there. I’m lucky to train with the people I train with, because by their example, I think I’ve gotten a huge head start in my career and they helped put me in the position I’m in today.”