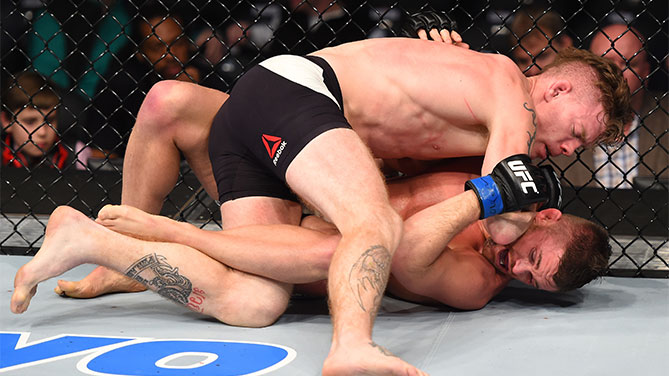 In need of a win after two close decision losses, lightweight rising star Paul Felder got it in the most unconventional way in his UFC FIGHT PASS featured bout against Daron Cruickshank Sunday at TD Garden in Boston, turning from striker to grappler to submit the Detroit native in the third round.

“I had to finish him,” Philadelphia’s Felder said.

Felder pressured Cruickshank as the fight commenced, yet Cruickshank was unbothered by his opponent’s forward movement, and he began countering well after a slow couple minutes to start. As the two grappled against the fence in the second half of the round, Felder nearly sunk in a guillotine choke, but Cruickshank escaped and even pulled off a nice reversal of a Felder takedown attempt in the round’s closing moments.

A couple wild exchanges highlighted the early part of round two before Felder got the bout to the mat in the second minute. Midway through the round, the combatants rose and Cruickshank went on the attack with several varied techniques, the fight eventually going back to the canvas. There, Felder looked for a submission but came up short, Cruickshank ending the round with a thudding slam.

The fight was contested at close quarters in round three, Felder in control both in the clinch and on the mat. And with 90 seconds left, Felder found his opening to strike and he did, sinking in a rear naked choke that forced Cruickshank to tap out at the 3:56 mark. 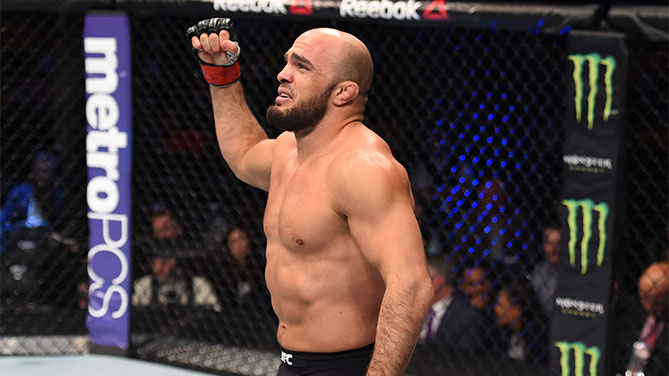 In his last two bouts, Swedish light heavyweight Ilir Latifi has spent a combined 86 seconds in the Octagon, following up his 56-second finish of Hans Stringer last July with a 30-second knockout of Sean O’Connell tonight.

The fight was over nearly as soon as it began, with a brief feeling out process broken by a crushing right hand behind the ear that sent O’Connell to the canvas. Another right landed as O’Connell fell to the mat, and referee Kevin MacDonald stepped in, calling a halt to the bout. 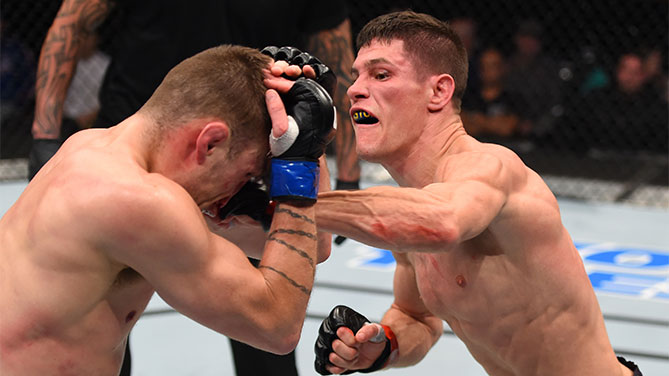 Fighting a little over a week after his last bout on January 8, Kyle Bochniak impressed in a UFC debut that came on just four days’ notice, giving a stellar effort before losing a three-round unanimous decision to fellow Massachusetts native Charles Rosa.

Rosa came out firing kicks from a side stance, but after taking a couple right hand counters, the Peabody native began mixing things up a bit. Bochniak kept firing the right though, and with two minutes left, he dropped Rosa. After a brief scramble on the mat, the two rose, and Rosa’s intent was to get the bout back to the ground, but he was unable to keep the newcomer down for any length of time.

Scoring regularly with his kicks, Rosa began to make his move in round two, bruising up his opponent’s lead leg while also adding in some flush punches upstairs. With a minute left, Rosa got a takedown, but Bochniak got up quickly and scored a takedown of his own in the final seconds.

Fatigue was an issue for both men in the final frame, but they did their best to disguise it, as they both left everything they had in the Octagon, each ending the fight bloodied and battered after several exhausting exchanges that left the crowd cheering. 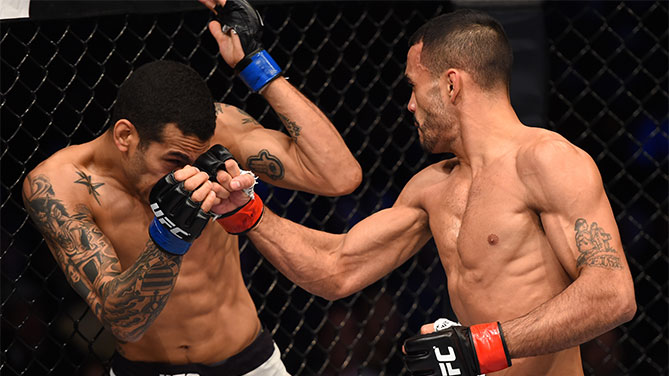 In a clash of New England bantamweights, North Reading, Massachusetts’ Rob Font returned to the Octagon for the first time since July 2014 and it was the same result as in his debut, as he knocked out Brookline, New Hampshire’s Joey Gomez.

Font had a solid first round thanks to a trio of takedowns along with some crisp stand-up highlighted by a stiff right hand and a spinning elbow. Gomez who bounced back up quickly from every takedown, also fought better after tasting some of Font’s power, as he fired back in an attempt to get back in the fight.

After a competitive first three minutes of round two, Font began lighting his foe up with hard shots before Gomez put a stop to the bleeding momentarily with a takedown. But once Font got back up, he resumed his stand-up assault until Gomez fell and referee Herb Dean intervened at 4:13 of the round.

With the win, Font moves to 12-1; Gomez, a late replacement for Patrick Williams, falls to 6-1. 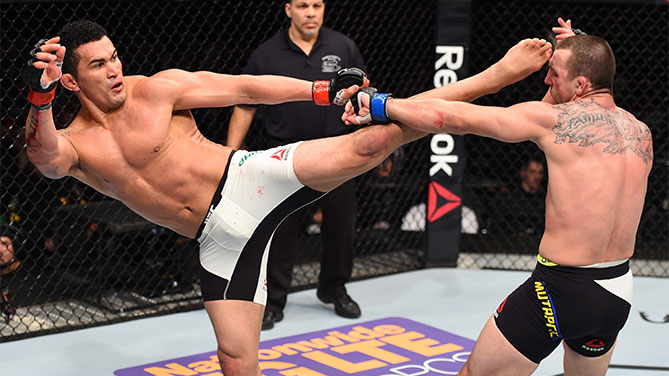 In the light heavyweight opener, Brazil’s Francimar Barroso made it 3-1 in the Octagon with a three-round unanimous decision over late replacement Elvis Mutapcic.

Barroso got a takedown in the opening round, but while he kept control on the mat, he did little with it other than holding his foe down. Mutapcic did fire off several elbows from the bottom, staying busy throughout the frame.

After two takedown attempts came up empty, Barroso kept the bout standing in the second round, and while that would apparently favor Mutapcic, Barroso gave a good showing, scoring repeatedly, bloodying his opponent’s mouth and cutting him over the right eye.

With both fighters fatigued, Mutapcic picked up his work rate in the final round, and while he scored with some hard shots, he wasn’t able to follow up and finish his foe before the final horn sounded.