Halloween 2019 is going to look a lot different for Jonathan Pearce, regardless of what happens in his UFC debut against Joe Lauzon on Friday.

A year ago, Johnson City, Tennessee’s Pearce wasn’t thinking about trick or treating or even about his future as a UFC lightweight. What he did have on his mind after he upped his pro record to 8-3 with a stoppage of Dedrek Sanders was that he was about to change his life forever.

That meant selling a successful lawn mowing business, packing his bags and leaving home for Arizona, all to chase his dream of making it to the UFC.

“That was my New Year’s resolution for 2019,” Pearce said. “I’m gonna make sure in 2019 I follow my dreams. I’m gonna pull out all the stops. I had a mowing company back home and I had 35 yards and I left it. I built it for six years and did MMA at home and that allowed me to control my hours because I ran my own company. So I sold that company and then, at that point, I knew I was gonna have to sell and move at the same time. So I literally sold my life.”

He laughs when he reveals his current motto.

“I used to cut grass, and I went from cutting grass to whupping ass.”

It’s catchy, but going all-in on anything that not’s a sure thing is risky. Pearce knew it, and if he didn’t, he had plenty of people around to fill him in.

“I think it’s very hard to follow your goals because everybody’s gonna tell you that you can’t do it because of this, that or whatever,” he said. “But those are the people who motivated me to get to where I’m at. I used all those excuses as motivation. I made it my fuel.”

He told his friends and family that in half a year’s time, they would be seeing him on the big stage.

“Give me six months and I’ll be ready to fight anybody in the world,” said Pearce, who ultimately landed at the MMA Lab in Arizona, where he prepared for the fight of his life – a July bout against Jacob Rosales on Dana White’s Contender Series.

One minute and 50 seconds into the third round of that fight, Pearce had a win over Rosales and a UFC contract. Right on time. 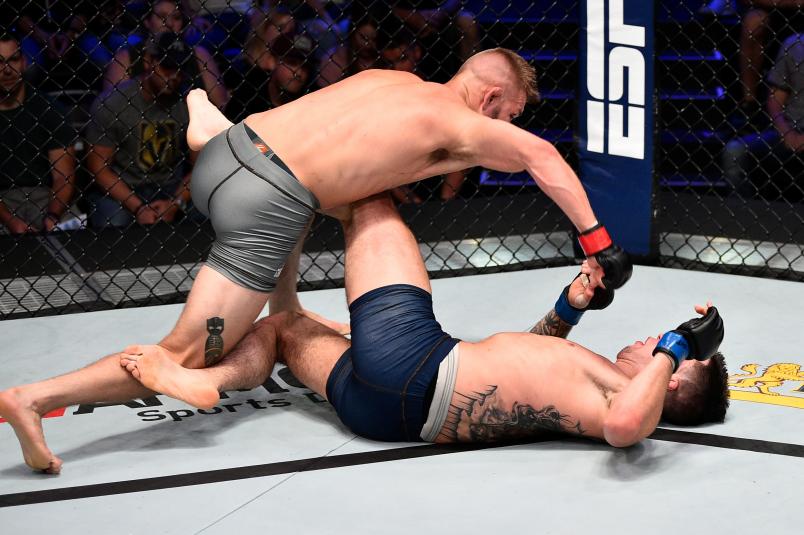 You could roll the credits on the story right there and it’s a Hollywood ending for the 27-year-old, but he’s not done yet. There are fights to be won and title belts to be collected, and it all starts with a fight against one of the sport’s most beloved and respected veterans in Lauzon. That’s a tough debut any way you slice it, but Pearce didn’t blink when he was offered the fight.

“I took it right away,” said Pearce, who now trains with the Fight Ready squad in Arizona. “I didn’t really know the name until I saw the face. I’m better with faces. (Laughs) And once I saw him, I was like, ‘Oh yeah, let’s run it.’ I’ve worked a lifetime to get to this point and now they’ve gonna give me a veteran, great. This is the journey and I’m gonna take it as it is. I feel like I’ve worked really hard to get to the position I am, so I’m excited, but I know that I’ve earned this and I deserve to be here, so I want to represent that as well.”

Needless to say, he doesn’t mind being the underdog.

Pearce will also be battling a crowd at TD Garden in Boston that will be firmly (and loudly) in the corner of their favorite son. Pearce has been there before, which isn’t surprising after a 4-0 start to his pro career turned to 4-3. Now he was the B-side, which means a lot of fights in a lot of opponents’ hometowns. 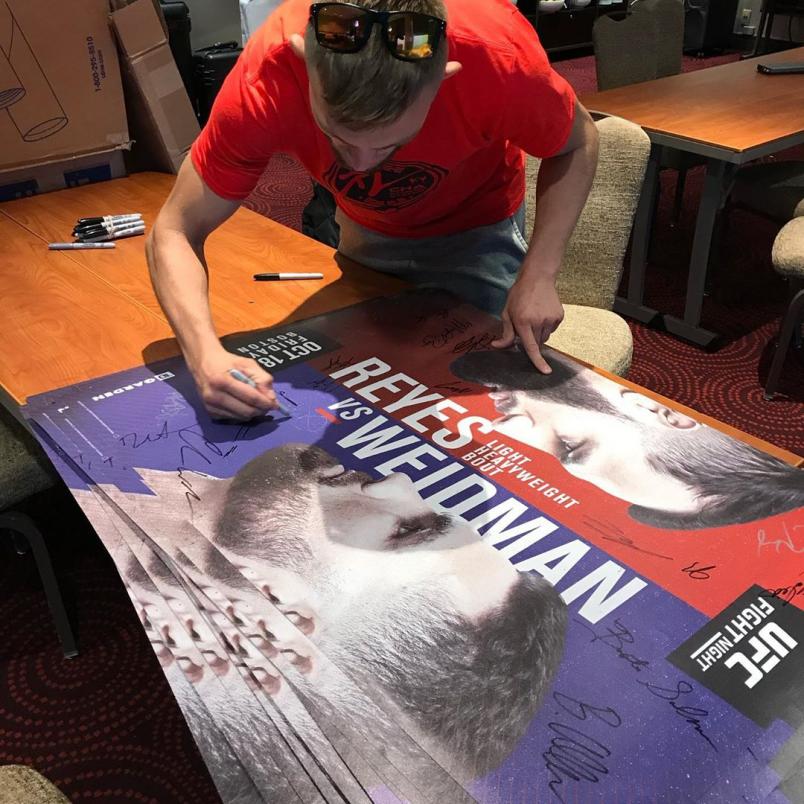 “Once I was 4-3, I had my hardest fights,” said Pearce, who likens this week’s bout to the one he fought in Alabama against local favorite Omar Johnson in October 2017.

“It was a great night,” he said. “It was Friday the 13th and I was the away guy and I was the poster boy. So everybody knew who to look out for and nobody liked me when I was there, but it was a great time inside the Talladega Speedway, and I plan on doing the same thing again October 18th.”

Pearce spoiled Johnson’s homecoming with a second-round TKO win. Now he’s looking to do the same against Lauzon. If he does, this Halloween will take on a whole new meaning. But he’s not looking at anything past Friday night. The way he sees it, that mindset is going to be what takes him wherever he wants to go.