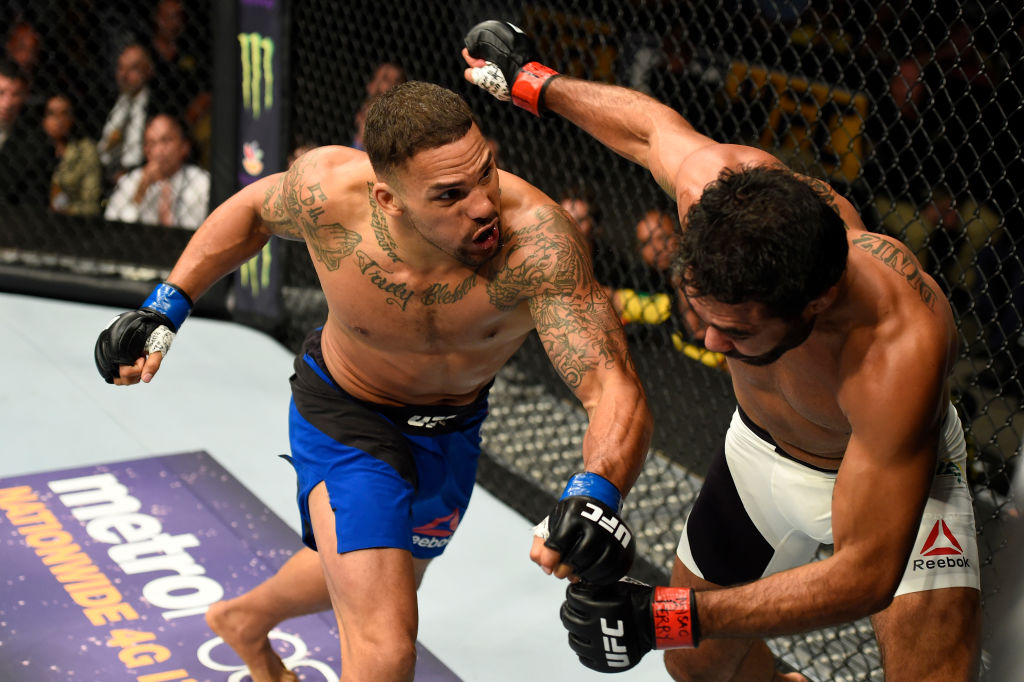 Eryk Anders punches <a href='../fighter/rafael-natal'>Rafael Natal</a> of Brazil in their middleweight bout during the <a href='../event/UFC-Silva-vs-Irvin'>UFC Fight Night </a>event inside the Nassau Veterans Memorial Coliseum on July 22, 2017 in Uniondale, New York. (Photo by Josh Hedges/Zuffa LLC)" align="center" />Rafael Natal will likely be the first to tell you that Eryk Anders is a scary guy on fight night, considering he got stopped in less than three minutes by the Alabama prospect in July. Eight other opponents would probably agree with that notion.

This Saturday, he steps into the Octagon for the second time, to face Markus Perez in Fresno, and considering how he felt before his first UFC fight against Natal and the subsequent result, he might just be getting scarier.

“To be honest with you, that was the most calm, cool and collected I had been before any kind of competition,” Anders said. “I think I really found my groove with my confidence and preparation and going in there against anybody.”

“Any kind of competition.” This is the same guy had seven tackles, a sack and a forced fumble in a win over Texas that earned the University of Alabama the 2009 NCAA championship.

Yet having said all that, on paper, he shouldn’t have had a chance against Natal, especially on short notice. Sure, the 30-year-old Anders had talent, power and athleticism, but it was Natal’s 17th UFC fight. That guy was coming off a win over Uriah Hall, his third UFC victory in a row, when Anders was making his pro debut.

But when the Octagon door closed, Anders fought like a seasoned pro and took care of business.

“I definitely had to take advantage of the opportunity presented to me,” he said, noting that the dreaded Octagon jitters played no role that night in Long Island.

“Not really. I tune all that stuff out and I’m locked in and focused on the guy in front of me trying to beat me up.”

I wondered if playing for a storied Division I football program in front of tens of thousands of people every weekend had something to do with Anders’ cool under pressure in the fight game. He doesn’t think so.

“I think it’s a little bit different,” he said. “When people are watching football, of course there’s much more there live, and there’s 21 other people on the field that they could be looking at. Unless you’re a quarterback or a ball carrier, all eyes aren’t on you. In MMA, it’s just you and the other guy, so it’s a little bit different, but it doesn’t bother me too much.” 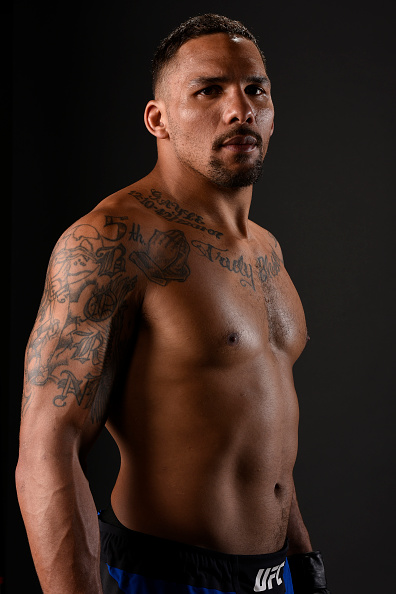 So that’s the secret – Anders is a frustrated quarterback looking to keep that spotlight all to himself?

“Nah,” he laughs. “If you told me back then that I’d be doing this, I probably wouldn’t believe you.”

But here he is, a fresh face in a division stacked with veteran competitors, unbeaten and willing to fight anyone. If the Natal fight didn’t prove that, a look at his social media account shows someone who put his name in the hat any time there was an opening for a short notice fight, even when heavyweight star Francis Ngannou saw a UFC 215 bout with Junior Dos Santos fall by the wayside.

“A couple dollar signs were about to come behind that one,” laughs Anders, who doesn’t back down from his anyone, anytime, anywhere philosophy.

“It’s no disrespect to anybody,” he said. “I’m just a really competitive person and I like the competition. I don’t like training with no end. I like to train to better and sharpen my skills and then test them out in a competition. Whether it be jiu-jitsu or MMA, let’s go. The only thing I gotta do is cut weight. I don’t ever stop training, so it’s not a big deal to me. Let’s go roll those dice and go see what happens.”

So jumping up two weight classes to face a heavyweight wrecking machine is no big deal?

“That’s the fun part, going out there and fighting somebody they say is better than you or ranked higher than you,” Anders said. “The higher the risk, the greater the reward. Scared money don’t make money.”

That’s for sure, and if Anders is proving anything thus far as a mixed martial artist, it’s that he is pretty fearless. He just chalks it up to wanting to fight. And win.

“I accept it for what it is. He signed the same contract I signed and he’s trying to do to me what I’m trying to do to him, so it’s down to whoever can do it better. I don’t see fighting any different than a game of Uno or chess. It’s a competition with a certain rule set and parameters.”