After a tactical opening punctuated by hard leg kicks by Tavares, two Whittaker left hooks produced two knockdowns, and Tavares just couldn’t recover, with a right-left landed with the Hawaiian on the canvas putting the veteran out and bringing in referee Steve Perceval to stop the fight at the 44-second mark. 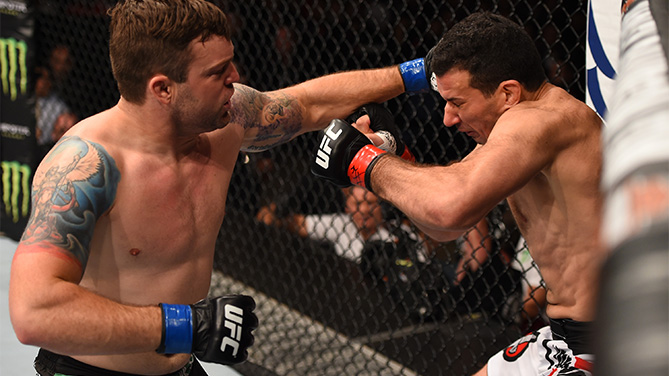 Sean O’Connell picked up his second consecutive stoppage win in light heavyweight action, following up his January victory over Matt Van Buren with a first-round TKO of Anthony Perosh.

The 42-year-old Perosh (15-9) got the worst of the first exchange with O’Connell (17-6), and the Utah product kept the pressure on, rocking the Sydney native several times before referee Greg Kleynjans stepped in at the 56-second mark. Perosh wasn’t happy with the stoppage, but the call stood. 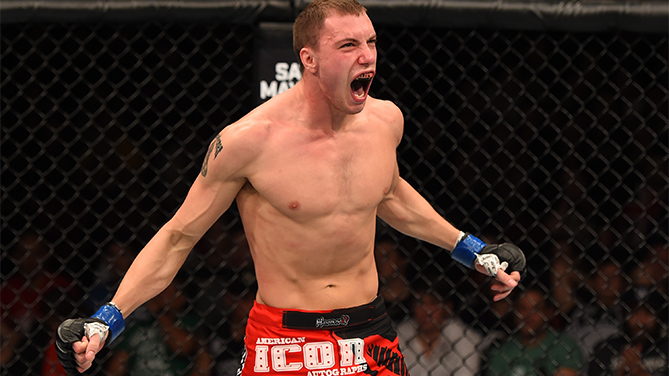 Lightweight up and comer James Vick spoiled the unbeaten run of Victoria’s Jake Matthews in the main card opener, keeping his own undefeated record intact with a first round submission victory.

The 20-year-old Matthews jarred Vick with a left to the head in the opening minute and then went right after the takedown. Vick defended well for a spell until Matthews lifted him and slammed him to the mat. Vick got up quickly and the two separated. The left continued to be a solid weapon for the Epping product, but Vick soon got into a rhythm. It was Matthews’ aggressive pursuit of the finish that cost him though, as Vick sunk in a tight guillotine choke that forced the tap out at 4:53 of the first round.

Fort Worth’s Vick improves to 8-0 with the win; Matthews falls to 9-1.