The Fantastic and Unlikely Voyage of Steven Siler

"I still got the little boy look, so hopefully people will still look past me and I’ll keep on taking advantage of it." - Steven Siler 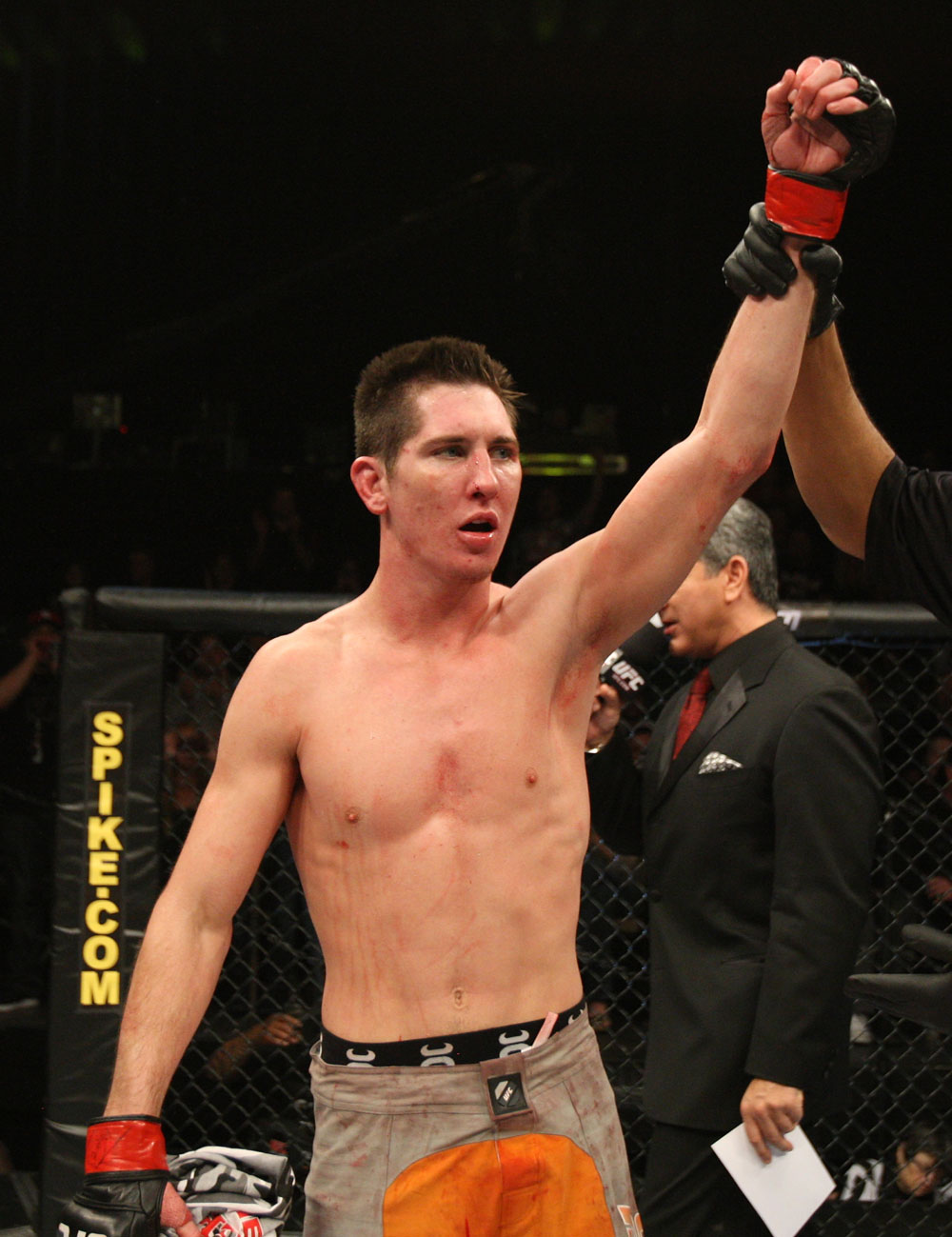 Steven Siler doesn’t care if you think he can’t beat Cole Miller this Friday night in Australia. He’s used to it. And he’s starting to make a career out of overturning those odds.

So what if it took him four tries to beat Olly Bradstreet or three to best Kawaika Kauwe? No one was laughing when he submitted Travis Marx in a 2008 bout televised on the TapouT reality show, and everyone sat up and took notice when he submitted highly-regarded Micah Miller to earn his way into the house on season 14 of The Ultimate Fighter.

So do you still underestimate the 25-year old from Ogden, Utah?

“You never know,” he chuckles. “I still got the little boy look, so hopefully people will still look past me and I’ll keep on taking advantage of it.”

19-9 as a pro, with a December decision win over Josh Clopton that kicked off his UFC career, Siler should be the last person viewed as an MMA neophyte, but it’s something he’s dealt with his entire career. Early on, that was no surprise, especially when you see that he started his career off a dismal 5-7, a record that included two losses to Kauwe and three to Bradstreet. You know there’s got to be a story there.

“The promotion I was fighting for - Ultimate Combat Experience – they had their fights in a bar,” he recalls of his trilogy with Kauwe in 2006. “And I was unable to get into a bar. (Laughs) So we were only able to fight every so often at a place that was 21 and under. And there were only so many underage people in Utah, so we kinda got forced up against each other.”

The first fight, Siler was defeated by technical submission even though he claims he never lost consciousness. The second time around, he separated his shoulder on a slam and lost by TKO. The third fight, he got it right, winning a split decision over Kauwe.

Yes, you read correctly. For the first two years of his career, Siler didn’t train for fights; he just showed up for them, happy to get the $50 or so he would pick up for the night’s work. But after the third loss to Bradstreet, Siler’s buddy (and future UFC fighter) Jorge Lopez got him to go to the gym and actually start learning his craft.

Since then, Siler has gone 14-2, with the only defeats coming against former WEC champ Cole Escovedo and UFC featherweight contender Chad Mendes, both of which taught him valuable lessons in the art of humility.

“The Mendes one was disappointing because I took that on a couple weeks notice and I figured he’s just some wrestler,” said Siler of the 2009 defeat. “I was on this nine fight win streak and big-headed, thinking I’m dominating everybody, and I took it for granted. Then I fought Mendes and he rocked me really quick and I never actually recovered. With Cole (in January of 2011), it was actually the same exact thing. The big head was starting to come again, and hopefully this was the one that humbled me and made sure I don’t get big headed. I was completely dominating that fight, I’m pushing him around and hitting him from all angles, and the big head came and I started getting cocky and making mistakes and the next thing you know I’m in a triangle and I can’t get out and I’m choked out cold. I definitely learned a lot from those two losses.”

He took those lessons into the elimination round for TUF 14. Despite his experience, Miller was a heavy favorite, with even UFC President Dana White expecting the WEC vet to walk away with the victory. Siler didn’t go along with conventional wisdom though, submitting Miller in the third round.

“You can kinda tell that Dana figured Micah was the favorite, and he told me afterwards that the reason why he doubted me so bad was because I looked like I wasn’t ready for the fight,” said Siler. “I’m a calm-looking guy and I don’t get all amped up and pumped up. I feel good when I’m in the cage and I don’t need to hype it up or anything like that. I stay quiet and do my own thing, and I think that just throws everyone off.”

Siler would lose a quarterfinal TUF bout to eventual winner Diego Brandao, but his bounce back win at the finale over Clopton earned him a pretty interesting bout with Micah’s older brother Cole Miller in Sydney. But is it interesting because of the matchup and the stakes, or because Miller has a shot at avenging his family’s defeat? Or is that just another great angle for the media to play with?

“It’s something more for the media to play with,” said Siler. “I just see it as a chance for me to step up and get a great matchup. It’s a great chance for me to show off my skills and kinda use him as a stepping stone.”

Siler sounds confident, and he’s got the right to be given the road he took to get here. The record isn’t sexy, but the experience gained in those hard times puts him with guys like Brian Ebersole and Pat Healy as fighters whose talents may have been obscured by their records. Yet as Ebersole and Healy have shown, if you perform on fight night, all past sins are forgiven.

“I really do hope so, because those are the guys who are the most dangerous because they’ve been around, and of course they can pull out any fight at any time,” said Siler. “The younger guys might buckle, and if something gets hard, they might roll over and lose, where the guys who’ve been around, they know the certain things to get out of there and the way to improve their chances so they can end up pulling out the win. So the guys who had to work and work and get some more fights, I think they’re the most dangerous people of all.”

Siler counts himself in that group. Who would have thought it back when he was fighting in underage shows for fifty bucks? Not him.

“When I first started, there was no way I ever expected to ever be doing this as a career,” he said. “That’s why I didn’t train. I expected to be doing this as something fun to do, and that I was always gonna be working my day job from 7 to 3:30. After I made that appearance on that TapouT reality TV show where I was the opponent but I actually beat the guy who was supposed to win, that’s when it started sinking in that maybe I could actually make big things out of this.”