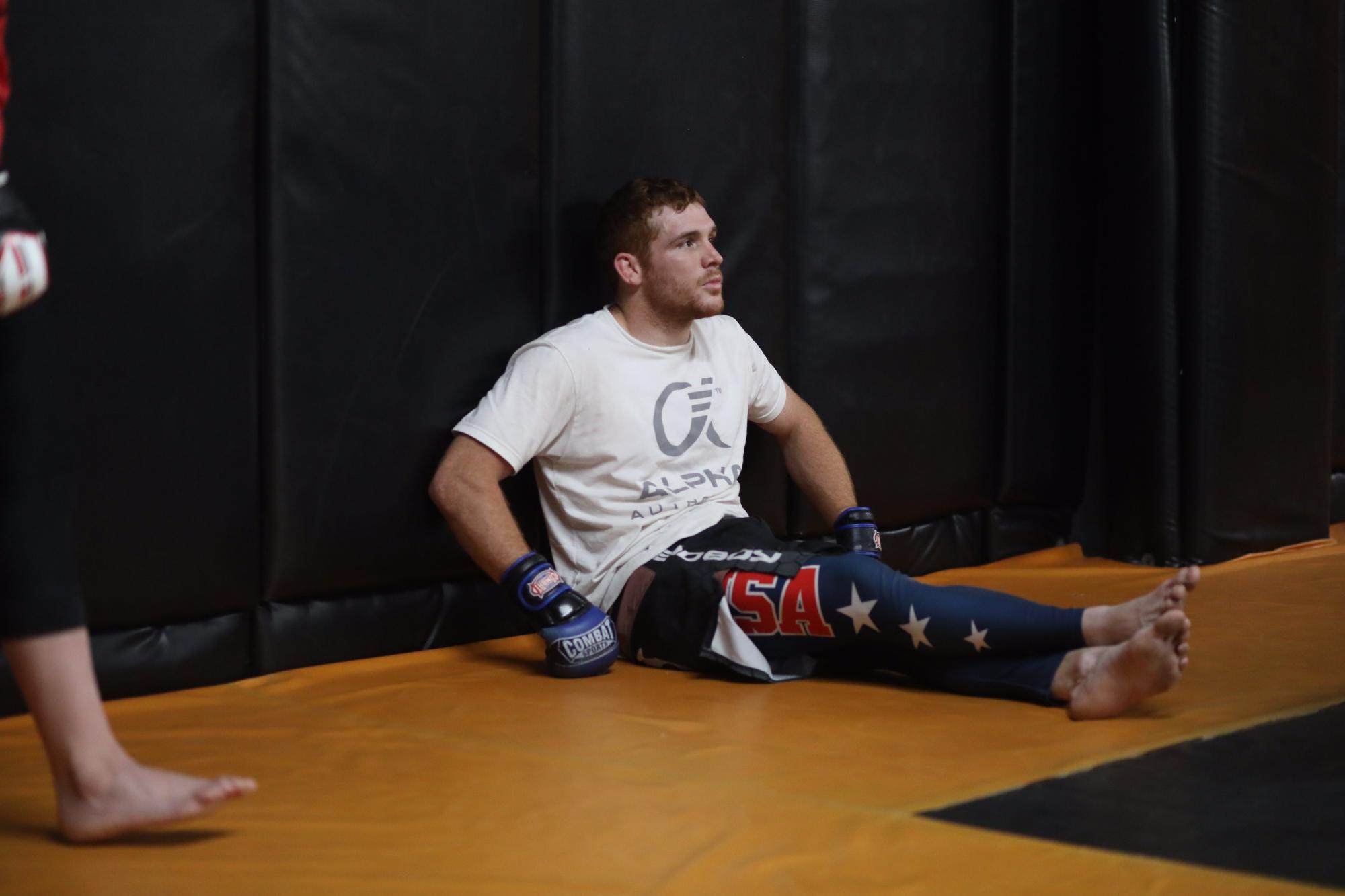 Daniel Swain has been a professional fighting for a long time, but family has always been a top priority
By Walker Van Wey • Aug. 9, 2020

It’s been one of the longest journeys in Dana White’s Contender Series history for Daniel Swain, but after 30 MMA bouts and ten years of professional fighting, setting a good example for his family ranks above telling the world, “I told you so.”

At the age of 19, Swain made his MMA debut. It was a short visit to the cage as he choked out his opponent in under two minutes. Just over two years later he was still a kid and making his first trip to Japan to fight for Pancrase. Following a decisive victory, he was 8-2 and had already retired fighters and defeated future UFC stars.

Six years after that, Swain is 20-9-1. Twelve submission wins, five knockouts, three decisions and a draw. Swain had seen everything but attention from the UFC.

In the recent years of his career, Swain was fighting for the love of the game. No UFC calls and the perfect record gone a long time ago, he was fueled by a lifelong passion for the sport and the support of his wife. It’s a support that Swain has always been quick to reciprocate.

“My wife taught at the poorest school in Spokane and we saw there was a need for foster parents,” Swain said. “We saw how many kids there were who just needed an adult to love them and show them they can do whatever they really want to do and give them a path to a better life so we started fostering.”

And for the last few years, his life has taken the best turn in the right direction he could have ever thought possible, thanks to the decision he and his wife made.

Knowing their dad’s profession comes with some careful handling. But as long as watching Swain’s fights are a shared experience, there are no issues.

“When I’m fighting, we don’t let them watch live,” Swain explained. “It wouldn’t be good to see their dad get knocked out. Afterwards, when we know the outcome we let them watch it.”

With the restriction on watching fights, it’s unlikely his kids will be able to watch him in the most important fight of his career to date. Odds are high that the thrill of wondering if he wins, does he get the contract, and everything else that comes with DWCS won’t be there for the family, but if he earns a shot in the UFC, the complaint of “it wasn’t a surprise” probably won’t come up.

In the meantime, the whole family is loving the ride. Swain’s decision to move the family from the town that hosted their traumatic past to a town of 2,500 people has led to what’s referred to as “small town fame.”

“I think they kind of understand. My middle son constantly says stuff like, ‘you’re famous now!’ I’m like, ‘no, not yet. We got some work to do before that happens,’” Swain laughed. “With the press of what’s going on, there’s been a lot of newspaper articles and stuff going on, so the boys have been thinking I’m pretty hot stuff right now.”

The hopes in the Swain house are understandably high. With the dangerous TJ Laramie waiting in the Octagon for him on August 11th it’s far from a guaranteed win. Swain is far from being as famous as his sons already accuse him of being but win, lose or draw, Swain will be the same man watching fights with his family every UFC card. The same parent running mitt work and “belly boxing” with his 12-year-old and the same fighter fighting the urge to tell everybody who overlooked him just how wrong they were.

“I want to show my kids that we’ve worked really hard to get here but just because it didn’t go our way and we didn’t get here the way we wanted doesn’t mean we have to go and act a fool in front of the boss,” Swain said.