"In my life I always set goals, and luckily I always achieved them." - Fabricio Werdum 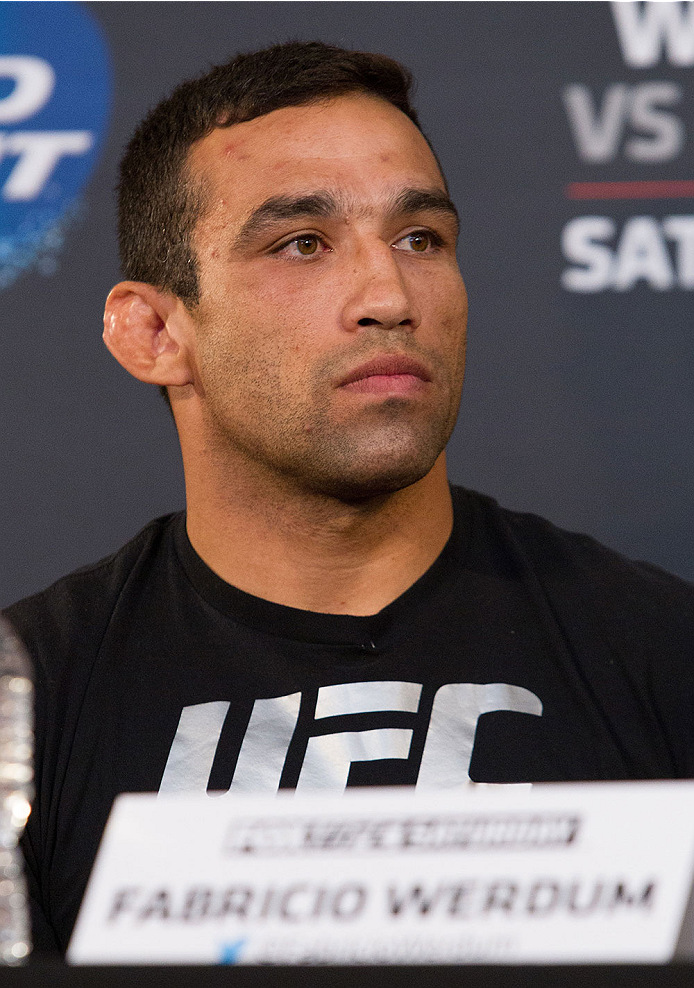 When things are earned, rather than given, the feeling is often more satisfying than you can ever imagine. No one knows this better that heavyweight contender Fabricio Werdum, just one win away from a shot at Cain Velasquez’ UFC title.

Of course, that one win on Saturday in Orlando needs to be against one of the hottest fighters in the game right now in Travis Browne, but as a former training partner of a prime Mirko Cro Cop and the owner of wins over a lineup that includes Gabriel Gonzaga, Alistair Overeem, Antonio Silva, “Minotauro” Nogueira, Roy Nelson, and Fedor Emelianenko, the odds of the Porto Alegre, Brazil native being intimidated by the task at hand are slim and none.

With that out of the way, the focus returns to the 36-year-old veteran, who knows what it’s like to earn his way to the top, having scraped together every cent he could from various jobs to earn enough money to compete in the Jiu-Jitsu world championships, which he won three times. It was a run that showed the young Werdum that hard work and dedication weren’t just words to be thrown around, but two aspects of life that could change your place in the world if applied regularly.

That’s not to say Werdum didn’t work hard during his first run in the UFC in 2007-08, but when he first arrived in the Octagon after a six fight stint in PRIDE in which he established himself as one of the top heavyweights in the world, the table was set for him to face the kind of opposition which, if vanquished, would lead him right to a heavyweight title shot.

Werdum would lose the perfect debut showcase against former UFC champ Andrei Arlovski in April of 2007, and while he bounced back with two TKO wins over Gonzaga and Brandon Vera, when he was stopped by unknown fellow countryman Junior Dos Santos, he was given his release from the organization, a moment where he hit his professional low.

“All I can say is that it was a life lesson,” said Werdum earlier this year. “It was my worst moment, but at the same time it was where I learned the most.”

Taking a big chance, Werdum moved with his family from Brazil to the United States, unemployed and with no immediate options on the table. Ten months after the loss to JDS though, he was given a shot in the Strikeforce organization, where he made it back to prominence with wins over Mike Kyle, Silva, and Fedor in succession. A decision loss to Overeem in their rematch ended his Strikeforce run, but his ability to stand with “The Reem” and have success in the fight showed that his MMA game was evolving.

The true test would come in the UFC though, and three wins over Nelson, Mike Russow, and Nogueira later, he is a top contender on the verge of his dream fight. He also did it the hard way, and he has no complaints about taking that road.

“It's the result of years of hard work,” said Werdum. “In my life I always set goals, and luckily I always achieved them. When I started training in Brazilian Jiu-Jitsu I wanted to become world champion, and I did it three times. I wanted to become ADCC world champion; I did it two times. And now my main goal is to be the best UFC heavyweight in the world, and I will be the next UFC champion.”