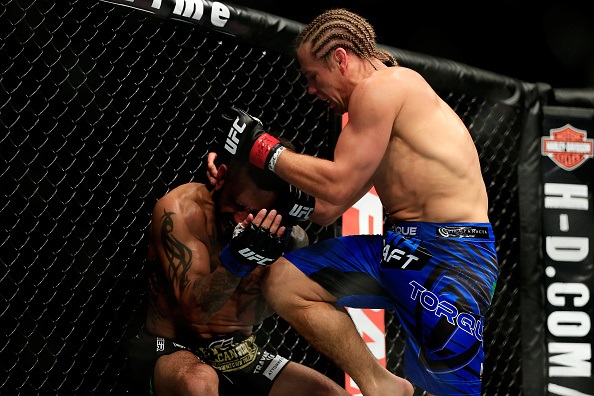 The end was preceded by an accidental eye poke that certainly played a role in the finish.

“I didn’t know at the moment that I got him in the eye,” Faber said. “Hats off to Francisco, he fought a great fight, and that was pretty crappy for him.”

The first five minutes was a war of nerves, with Faber unable to consistently get his offense in gear while Rivera threw off his opponent’s takedown attempts and landed several sharp counterstrikes.

In the second though, Faber hurt Rivera with a poke to the eye that referee Mario Yamasaki didn’t catch, and after a follow-up series of strikes, he caught “Cisco” in a choke that produced a tap out at 1:34 of round two.

“He poked me and I didn’t know where he was," Rivera said. "I couldn’t see him so I just tried to cover myself. The next thing I knew, it was over.”

With the win, Faber improves to 32-7; Rivera falls to 10-4 with 1 NC.
> Watch: Urijah Faber Backstage Interview 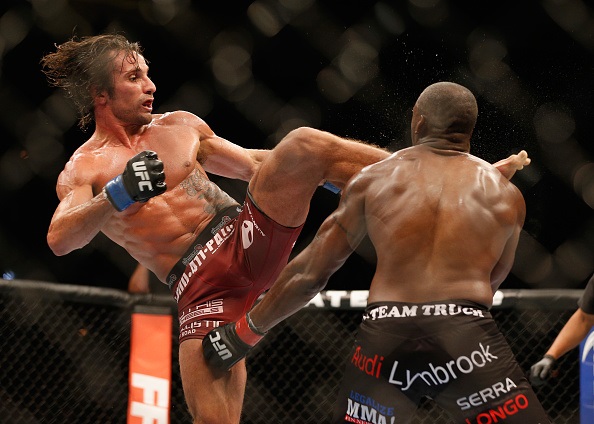 Back in the Octagon for the first time since April of 2013, Josh Samman made a triumphant return to active duty, knocking out TUF 19 winner Eddie Gordon in the second round of their middleweight bout.

The fighters traded takedowns to begin the bout, but the fast-paced scrambling was interrupted by a low knee from Samman. Once the bout resumed, the middleweights got back after it, Gordon ending up in the top position on the mat. After an extended stay on the ground, referee Herb Dean restarted the stalemated bout, but Gordon put Samman on his back again and kept him there.

There was more of the same in round two, with Gordon controlling the action, but after a second restart from Dean, Samman landed a flush left kick to the head and it was lights out for Gordon, with Dean immediately halting the bout at the 3:08 mark. 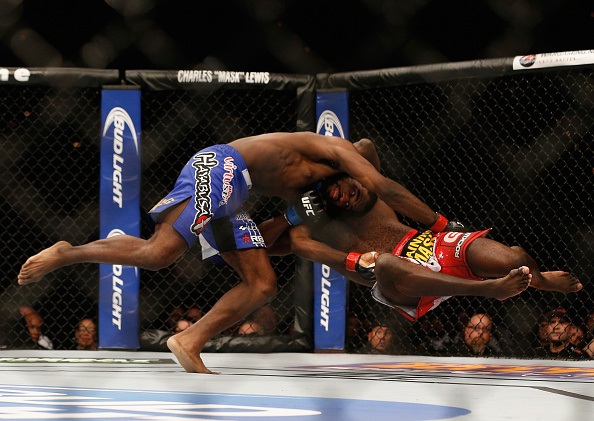 Ultimate Fighter season 19 light heavyweight winner Corey Anderson wasn’t as spectacular as he was in winning the reality show earlier this year, but he still put another win in the bank, winning a workmanlike three-round unanimous decision over late injury replacement Justin Jones.

Jones (3-1) showed no sign of the first-time UFC jitters, going blow-for-blow with Anderson and nearly catching his foe with a guillotine choke. That submission attempt seemed to wake Anderson up, as he began to step things up in the second half of the round, getting two takedowns while landing with some effective ground strikes.

In rounds two and three, Anderson (6-0) was able to stay in control thanks to his energy-sapping ground and clinch work, but when the two were separated, Jones remained competitive, with his leg kicks being particularly impressive. The San Diego newcomer wasn’t able to stay upright often though, allowing Anderson to pull off the decision win. 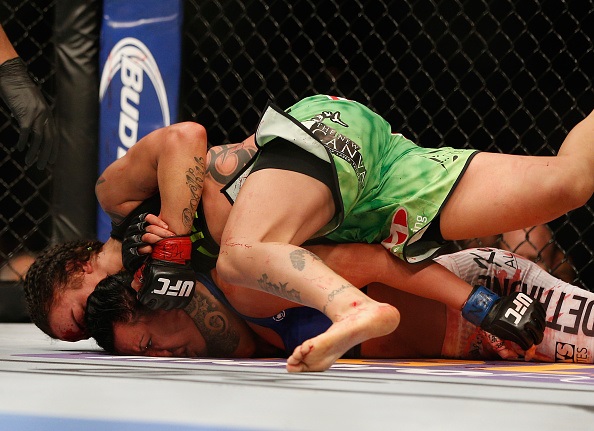 Former Ultimate Fighter competitor Raquel Pennington got off to a rough start in her bantamweight bout against unbeaten newcomer Ashlee Evans-Smith, but by the end of the first round she wasn’t only in control, but she finished the fight via technical submission.

Evans-Smith got what she wanted for much of the opening frame, as she dominated the fight on the ground and in the clinch, opening up a cut on Pennington’s forehead in the process. But in the closing seconds, Pennington got a takedown and then locked in a bulldog choke, with the fight ending at the 4:59 mark.

With the win, Pennington improves to 5-5; Evans-Smith falls to 3-1. 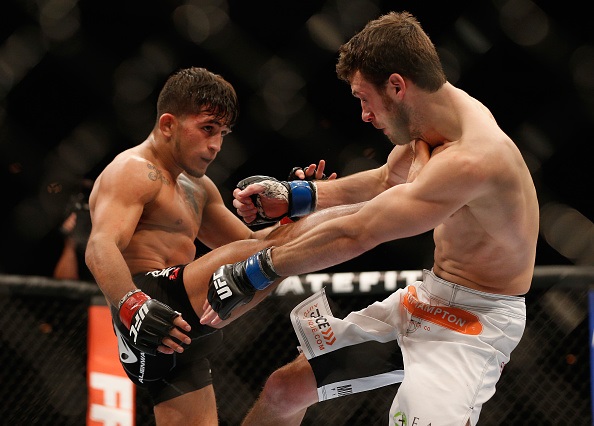 Pettis got jarred by a Hobar left hand in the opening minute, but he was able to shake it off and land a couple hard shots of his own before the Texan put Pettis on his back. “The Phenom” stayed busy from the bottom with a submission attempt and some upkicks, finally finding some daylight to get back to his feet with two minutes left. Finally getting his striking rhythm, Pettis was impressive with his punches and kicks, but a late takedown attempt saw Hobar take the back just before the horn.

Picking up the pace in round two, Pettis took control, drilling his foe with an array of strikes before the fight went to the mat in the second minute. It was there that Hobar got a much needed reprieve before referee Mario Yamasaki restarted the action midway through the frame. Pettis got back to potshotting Hobar, who stopped the bleeding with a takedown with under two minutes left.

In the third, it was all Pettis, as he pecked and poked at Hobar and kept the round standing, securing a solid victory for the Milwaukee native. 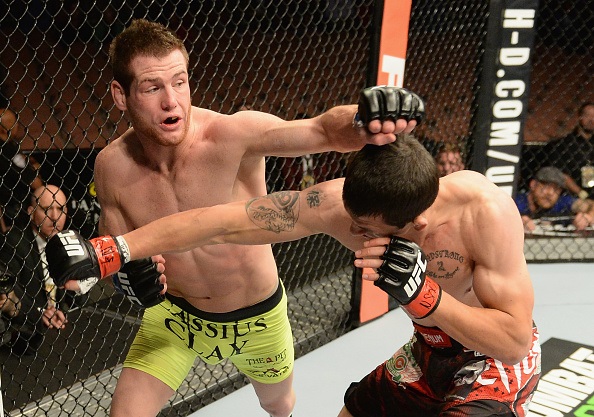 Featherweights Clay Collard and Alex White were expected to get the night off to an exciting start and they didn’t disappoint, putting on an exciting three-rounder that saw Collard emerge with a close, but unanimous, decision win.

Collard delivered the same kind of frenetic action that he did in his UFC debut against Max Holloway, mixing up punches and kicks to the head and body throughout the opening five minutes. White was outworked by the Utah native, but “The Spartan” got off more than his share of sharp counters on the wild-swinging Collard.

Hurting White with a left hook early in round two, Collard appeared to be on the verge of a stoppage, but White recovered and jumped back into the fray. With under two minutes left, a White takedown attempt was turned into a triangle choke by Collard, but the resilient White escaped and was even able to rock his foe briefly before the bell.

White appeared to have more in the gas tank as the third began, but he wasn’t able to kick it into the next gear and get Collard out of there. For his part, the bloodied Collard scored a takedown in the second half of the round, a move answered by White just before the final horn.