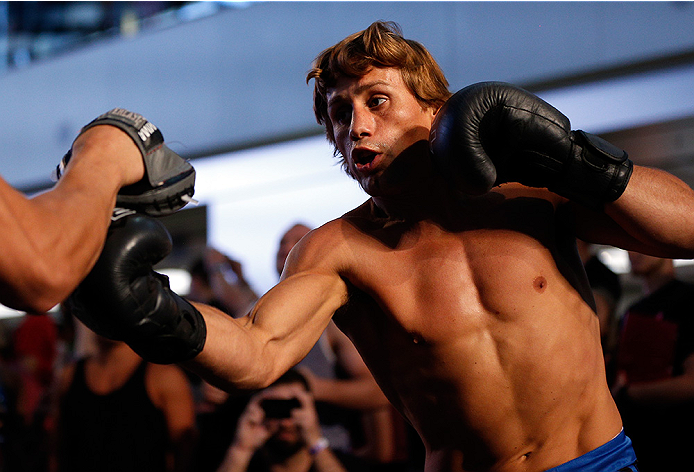 With two world championship fights, the UFC debut of female superstar Holly Holm, and several other high-profile and high-impact matchups, UFC 181 on December 6 in Las Vegas is shaping up to be the biggest event of 2014. But the intriguing bouts aren’t done yet, as “The California Kid,” Urijah Faber, will return to the Octagon to face bantamweight knockout artist Francisco “Cisco” Rivera in a bout verbally agreed to Wednesday.

Tickets are on sale now for UFC 181, which is headlined by the welterweight championship rematch between Johny Hendricks and Robbie Lawler and the lightweight title fight between Anthony Pettis and Gilbert Melendez.

Winner of five of his last six bouts, most recently a third-round submission of Alex Caceres in July, Sacramento’s Urijah Faber is a pioneer of the lighter weight classes and one of the most dangerous contenders in the sport today. But to get a shot at the 135-pound title, he has to turn back the challenge of fellow Californian Francisco Rivera, whose recent hot streak has seen him go unbeaten in six of his last seven matchups, a string that includes knockouts of George Roop and Edwin Figueroa, marking him as one of the hardest punchers Faber has ever faced.