It will be a busy month for the members of Team Alpha Male. Figurehead Urijah Faber headlines this weekend's TUF 17 Finale, while teammates Joseph Benavidez, Chad Mendes and TJ Dillashaw hit the Octagon at UFC on FOX April 20.

Landing high-profile fights hasn't always been so easy for the men of the lighter weight divisions. In this section called "The Inspiration and Purpose of Joseph Benavidez' from "The Laws of the Ring," available in paperback April 16, Faber recounts finding, training and ultimately being inspired by his 125-pound protege Benavidez. 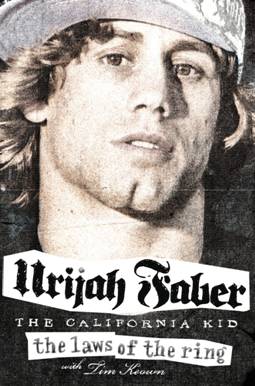 “Leave that hoopty out front,” I yelled over to him, “and hop into the class.”

From that moment Joseph [Benavidez] became a part of my community. He was under the umbrella. I put him to work mopping the mats and cleaning the gym. He was a tireless worker, and he spent every spare moment of downtime taking advantage of his new environment. He’d hop on the treadmill during a fifteen-minute break. He’d do abs work during lunch. And when it was time to train, there was no guy in the gym more serious than Joseph.

It was clear from the beginning that he was going to be very good, and very soon. He was killing it. I recognized this and told him that although there wasn’t even a 135-pound  class at the time, he’d be an animal at 125. Always the compliant student, he trained with that mind-set, and I just hoped that the evolving state of MMA could somehow cater to a guy of his size. He was one of the toughest guys in the gym, but, predictably, it was tough to get him training partners, let alone organized fights. So, knowing his skill, I’d put bigger guys—some with actual UFC experience—up against Joseph. They’d look at him funny because he was so tiny, then he’d give them the fight of their lives. People were blown away by this guy. 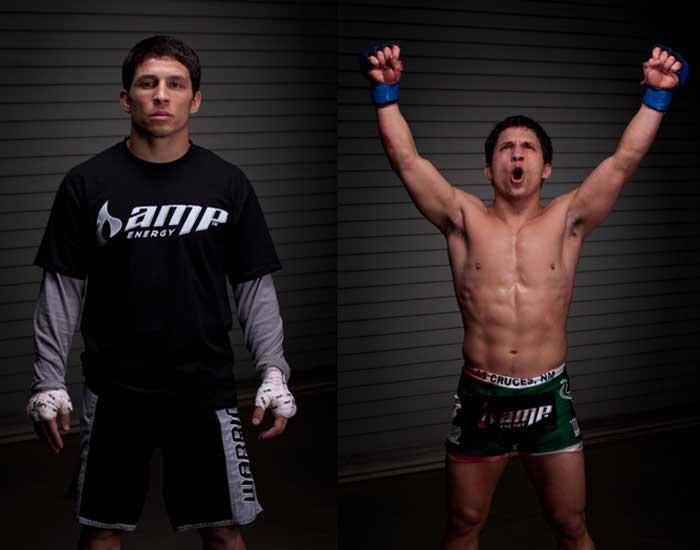 Other fighters—lesser fighters—were getting far more opportunities because they were bigger, but in his weight class, Joseph was just wrecking people at 145. Nobody wanted anything to do with him. The guys they put in against him at local contests had no chance. He won his first seven fights after he moved to Sacramento and began training with us, but he was frustrated by his inability to get a title shot, even in the lesser shows.

“This is bull#*$t!” he said as he stormed into my office one day.

Joseph was angry, and he had a right to be. For some reason, Jason Georgianna, the guy he had knocked out in his previous fight, was getting a title shot as a fill-in. It wasn’t fair, but the system at the time—if you could call it a system—wasn’t engineered to be fair. The Indian casinos ran organizations that were both unorganized and unpredictable, which easily led to frustration and confusion. Matchups, even championship matchups, were often made for political reasons, and sometimes, seemingly, for no discernible reason whatsoever. 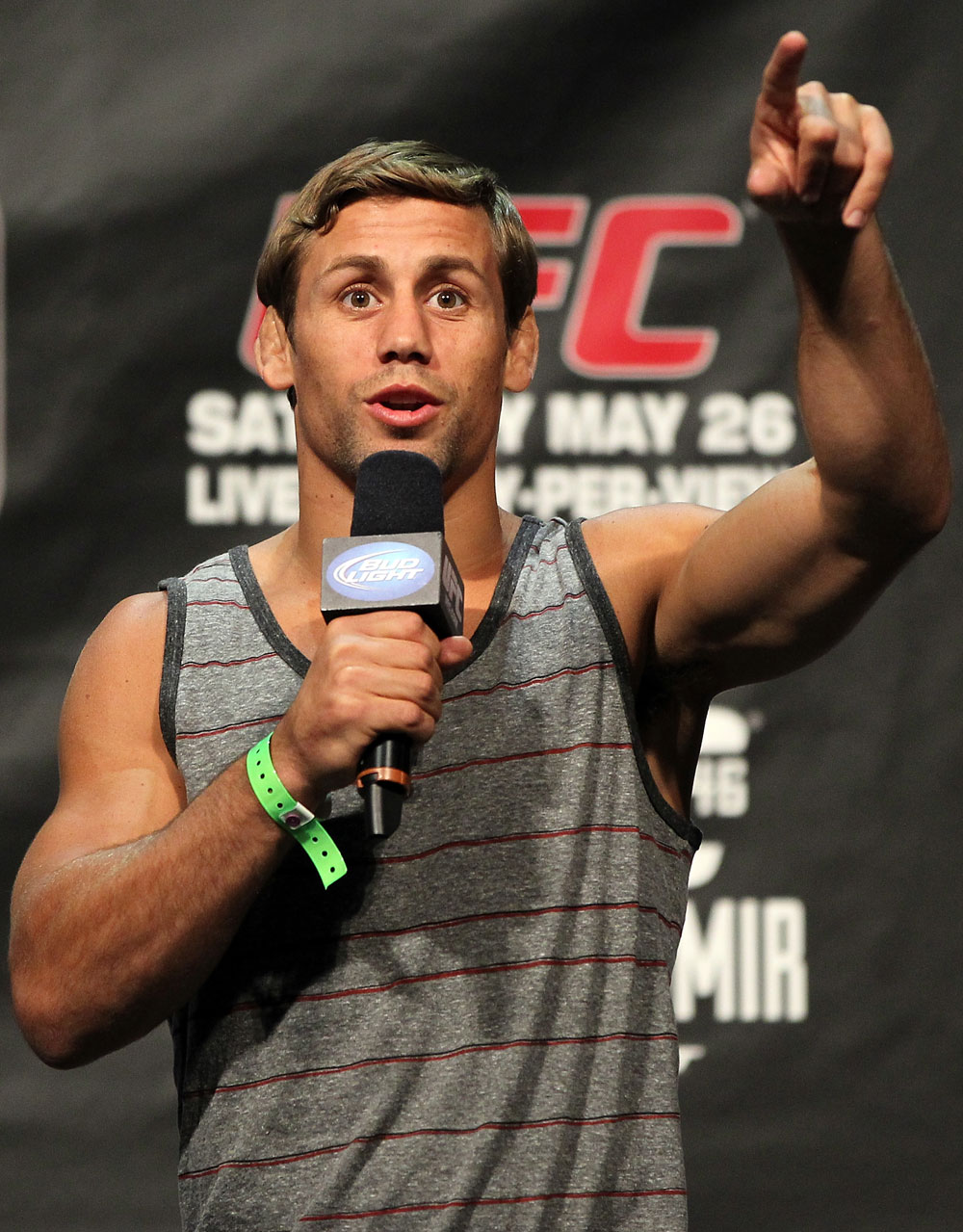 Additionally, the people running the big shows, where real money was paid, didn’t think smaller fighters could carry a card. They thought people wanted to see bigger men with the prospect of bigger knockouts. Because of this, they didn’t put as much thought into the smaller weight classes.

“Joseph, I hear you, but you’ve got to be patient in this business,” I said, trying to calm him down. “You’re doing everything the right way. Your chance is going to come.”

“I’ve been patient,” he shot back. “I’m running out of patience.”

Now, what I’m about to tell you sounds fictional, but I swear to you it is true. As Joseph was standing in my office raging about the unfairness of  it all, I received an e-mail. It caught my eye in the middle of Joseph’s diatribe because his name was in the subject line…

“Dude, how’d you like to fight Kid Yamamoto in Japan?”

I shrugged. “Suit yourself, dude.” Then I angled the monitor so he could read what I had just read.

Curiosity got the better of Joseph. He leaned in close to the screen and read the e-mail. He looked at me, and then read it again. It was like an electrical current ran through him and I could feel the energy coming off him.

He was shocked, looking around wondering what to say next.

I laughed. Should he do it? I find when faced with a big moment, everybody experiences a brief feeling of indecision. It’s the feeling I got when I drove into the parking lot of the Colusa Casino the first time for the Jay Valencia fight. It’s linked with the ideas of passion and purpose, because the humility that drives you to work so hard for something you want is the same humility that makes you slightly skeptical when the goal is actually reached. Of course, Joseph knew he should take the fight, but it was inevitable that he would experience a moment of disbelief when it finally happened. 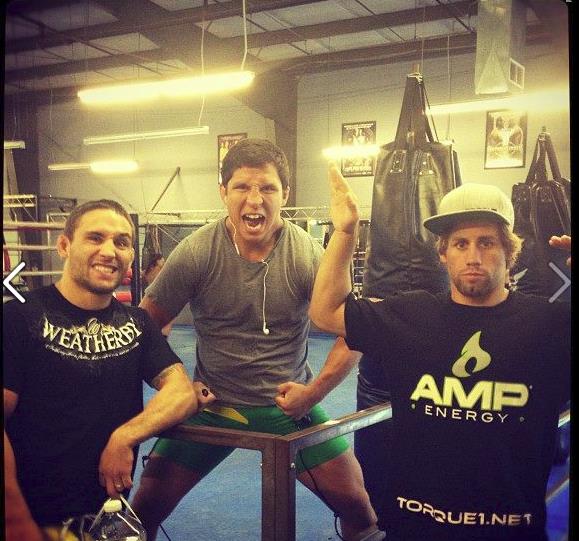 I practically leaped out from behind the desk. “Yeah, you should do it!

A month later, the guy with the hoopty Lincoln—complete with a bouncing hula chick on the dash—– who had taken a flier on a trip to Sacramento to meet a guy he’d seen on a fighting documentary, was sitting next to me on a flight to Japan to compete in one of the MMA’s biggest stages against one of the most successful lightweight fighters in the sport.

But when we got to Japan, we found out that Kid Yamamoto had been suspended for the fight. We never got a clear answer why—the reason was “undisclosed”—but the promotion replaced him with another, lesser Japanese fighter. This took a little luster off the fight, since Yamamoto was a big deal and a win over him would have given Joseph a direct path to one of the top five spots in the featherweight rankings. In short, Joseph ended up fighting a guy named Junya Kudo, and he absolutely wrecked him, submitting Kudo in the first round. 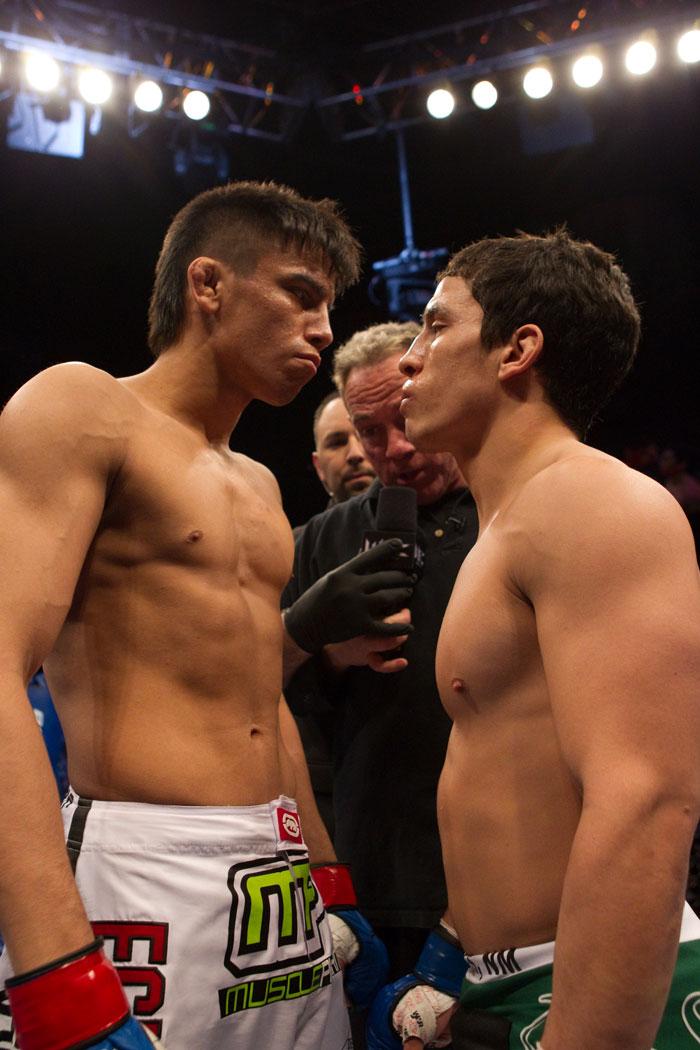 We were both a little disappointed that Yamamoto was replaced; his status in the game would have gone a long way toward fast-tracking Joseph’s reputation. But the win in Japan did earn Joseph a spot on the television show Inside MMA, on which I stirred up some controversy when I said, “This is my guy and he’s the best one thirty-five fighter in the world.”

That may not sound like much, but in the MMA world, ego is everything, and star bantamweight Miguel Torres’s enthusiastic camp saw it as a sign of disrespect toward their fighter. Whatever. I was entitled to my opinion and my opinion turned out to be justified.

See, the biggest game changer from the fight in Japan was that the people who ran World Extreme Cagefighting (WEC) immediately saw Joseph’s potential and signed him to a contract, and after a string of four fights, during which he won three and gave Dominick Cruz a serious run for his money in a loss by decision, they matched him up with the recently dethroned Torres. Still, Torres had never been submitted—until Joseph made history at two minutes fifty-seven seconds of round  number two.

Excerpt from "The Laws of the Ring" by Urijah Faber published on ufc.com with permission by William Morrow, an imprint of HarperCollins Publishers.