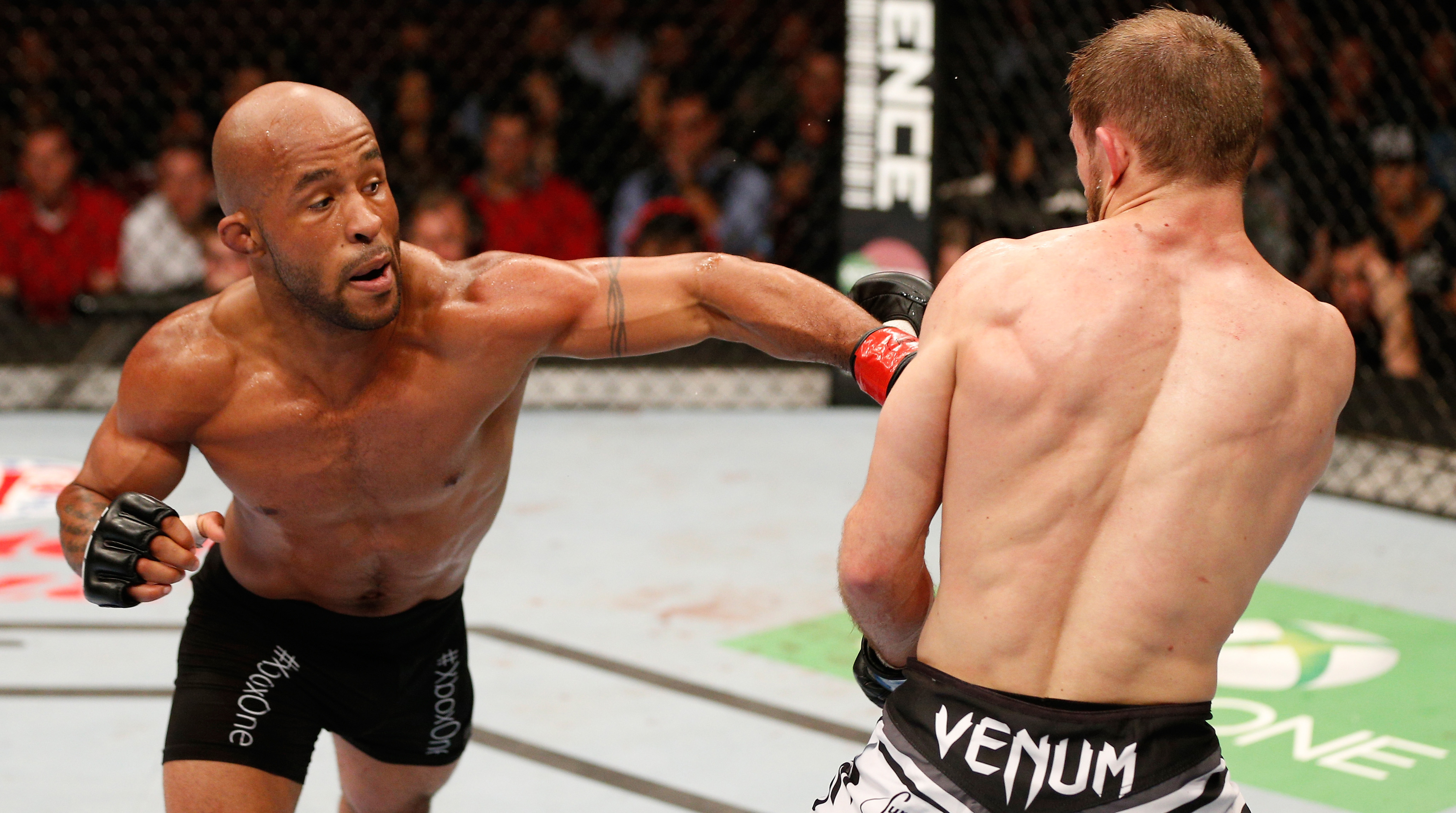 VANCOUVER, B.C., June 14 – Continuing to show himself to be a step ahead of the rest of his peers at 125 pounds, Demetrious Johnson retained his UFC flyweight title for the fourth time Saturday night at Rogers Arena, winning a workmanlike five-round unanimous decision over game challenger Ali Bagautinov in the main event of UFC 174.

Bagautinov was the busier of the two flyweights in the opening round, but Johnson was never in any danger. Even when Bagautinov locked the champion up against the fence, Johnson scored with enough knees at close range to keep the challenger guessing. The Dagestan native was able to get a late takedown though, adding to his score total.

Johnson began to pressure Bagautinov with more intensity in round two, adding in punches, kicks, and a takedown attempt in the process. Midway through the round, Johnson cracked Bagautinov with a flush right hand, but the challenger walked right through it, coming back moments later with a kick to the head. And while Bagautinov locked Johnson against the fence for much of the latter part of the round, Johnson stayed active with his strikes, especially his knees.

The crowd got restless as the infighting continued in round three, but that was Bagautinov’s best chance to take over the fight, as Johnson was tagging him with a wide variety of strikes when the two fought at long range with each other. With 1:20 left, Bagautinov nailed his second takedown of the fight, but Johnson got up quickly, firing off strikes at close range, and when the two tangled again at the end of the round, it was “Mighty Mouse” doing the bulk of the scoring.

In round four, Johnson appeared to be pulling away. He wasn’t doing anything highlight reel-worthy, just putting in a solid night’s work as Bagautinov’s offense slowed down.

After a hug to begin the final frame, Johnson and Bagautinov got back to business at close range, Johnson’s speed and activity again proving to be a difference maker. That would ultimately be the story of the fight. Another night, another win for the champ.