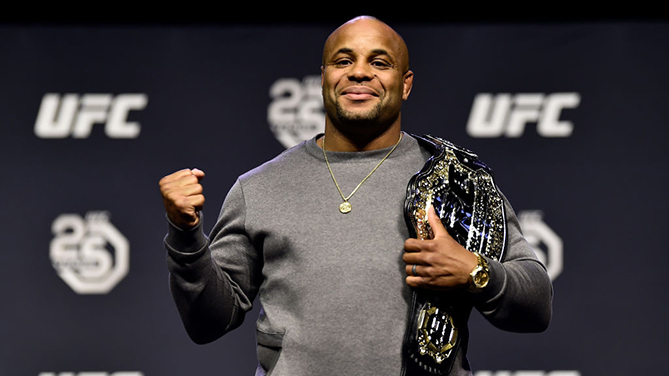 On Saturday, July 7, UFC light heavyweight champion Daniel Cormier will make his run at history when he challenges UFC heavyweight champ Stipe Miocic in the SuperFight that headlines UFC 226 in Las Vegas. And while some think Cormier is entering new and dangerous waters against Miocic, it’s important to remember that “DC” is no stranger to the heavyweight ranks, having fought his first 13 pro fights in the division. So if you need a reminder about what Cormier did against the big boys, here it is.

Unbeaten at 5-0 in MMA, Cormier got his career off to a good start, but against the 10-2 Palelei, a UFC vet with heavy hands, we were going to see if “DC” was the real deal. He was. Dumping Palelei to the deck whenever he chose to, Cormier used his ground-and-pound attack to pick up the first-round stoppage as he cut “The Hulk” with elbows, cementing the reality that in this sport, there are wrestlers, and there are Olympians like Cormier. 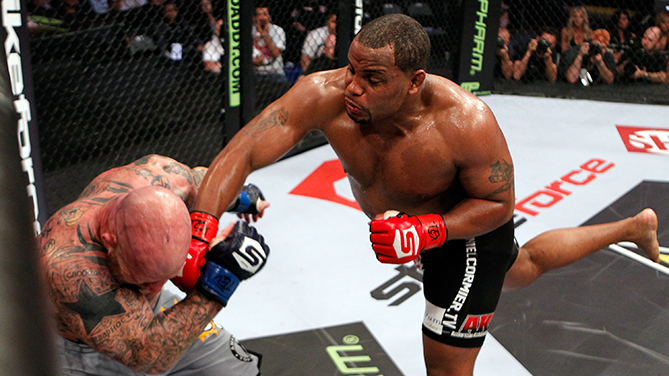 This is not one for the DC highlight reel, but it was an important fight in his development as a mixed martial artist. UFC vet Monson was an elite grappler, so Cormier didn’t want to stay too long on the mat with him – if at all. So it was Cormier’s evolving standup game that got the job done on this night in Dallas. He didn’t finish Monson, a former title challenger in the Octagon, but he did shut him out by three scores of 30-27. That was a statement.

After running off eight wins to start his MMA career, the two-time member of the United States Olympic wrestling team had clearly transitioned nicely to his new sport. But was it too much too soon for Cormier to face veteran Brazilian contender Antonio “Bigfoot” Silva in his ninth pro bout? It wasn’t, as Cormier blitzed Bigfoot and knocked him out in less than four minutes. DC was for real, and now the world knew it. 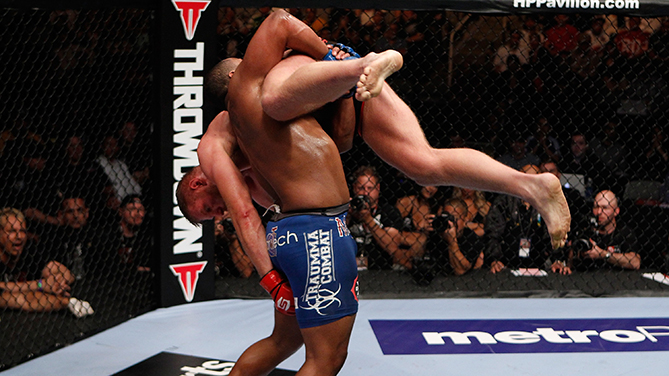 If Bigfoot was a step up for Cormier, former UFC heavyweight champion Josh Barnett was a giant leap eight months later, but DC rose to the occasion once more. It wasn’t the spectacular finish he had against Silva, but it was a dominant victory, as he nearly shut Barnett out en route to a five-round unanimous decision and the Strikeforce Heavyweight Grand Prix title.

Cormier would pick up one more win in the Strikeforce cage before making his move to the UFC, as he halted Dion Staring in two rounds in January 2013. Three months later, he was making his Octagon debut against another former UFC champ in Frank Mir. At the time, Mir was 3-1 in his previous four fights, with the only loss coming in a title fight against Junior Dos Santos. But against the UFC newcomer, Mir was baffled for three rounds, as Cormier pounded out a three-round decision victory, again winning by three scores of 30-27.