Most of the time, athletes take some time to gather themselves and can return to fight, and in rare circumstances, there is enough damage that it prevents an athlete from continuing to compete. The latter was the case for UFC heavyweight Alexandr Romanov after an accidental groin strike from Juan Espino forced him out of the third round of their bout in April.

The discomfort and pain were evident on Romanov’s face as he awaited the referee and the judges’ decision on how to call the fight. Since the fight was past the halfway mark of a three-round bout (1:05 into the third round) the judges declared the winner of the fight based off the first two rounds, which favored Romanov.

To date, there have only been three fights in UFC history that stopped due to a groin strike: UFC 55 - Alessio Sakara vs. Ron Faircloth, UFC Fight Night: Silva vs. Bisping - Daniel Omielanczuk vs. Jarjis Danho, and UFC Fight Night: Whittaker vs. Gastelum - Alexandr Romanov vs. Juan Espino.

That's how rare the situation is.

“When I had this injury, I thought that the fight would be a ‘no contest,’ but in the rules, if over half the fight is over, they move to a judges’ decision,” Romanov told UFC.com. “If the UFC says that we must do the fight (with Espino) again, then that’s no problem; we’re ready.”

Romanov places an emphasis on the “ready” portion of that sentence, as it wasn’t as simple as walking off the groin strike after the fight had concluded. Upon returning home to Moldova, the undefeated 30-year-old was checked into the hospital to undergo tests and receive treatment for the injury.

“This was a very sad moment and after the fight I was in the hospital for one and a half months with the doctors,” Romanov said. “It was painful. I couldn’t train or do anything. It was very hard for me because I’m a professional and I must train all the time. One and a half months is a long time, but after that time, we did everything with my team to recover and become stronger.” 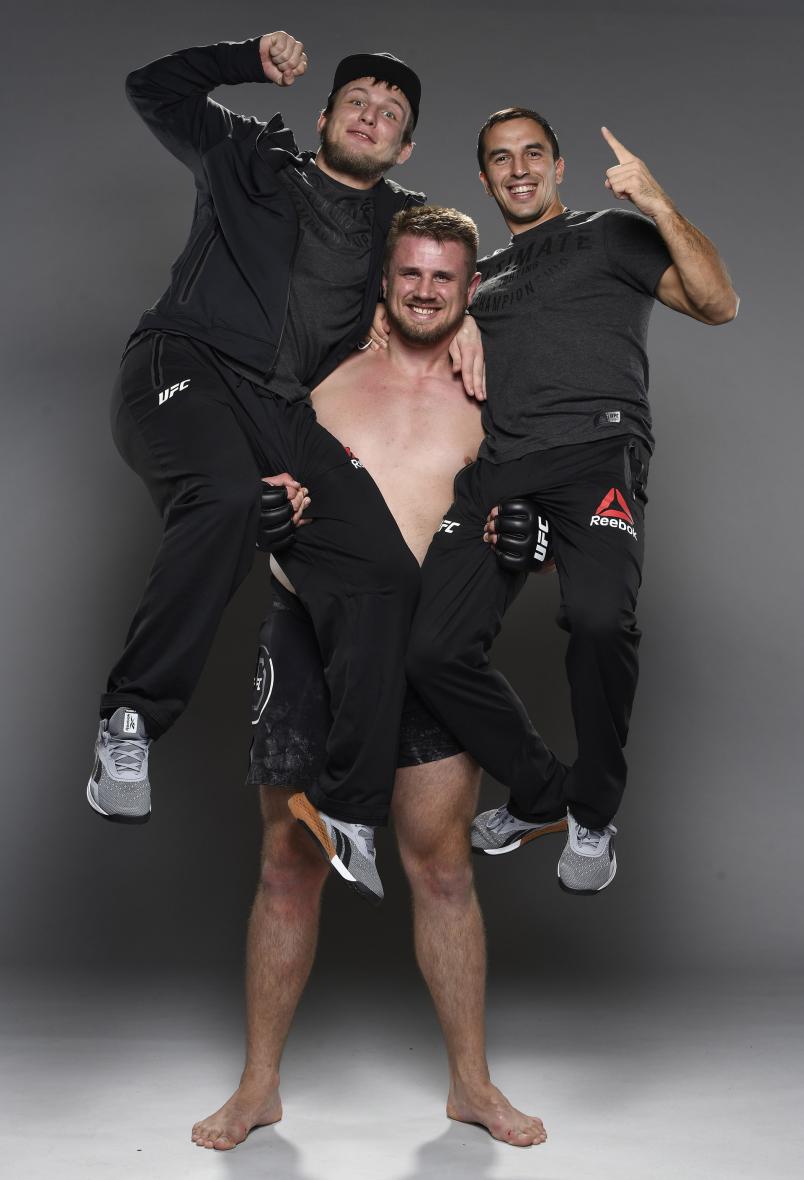 Alexandr Romanov of Moldova poses for a portrait after his victory during the UFC Fight Night event at UFC APEX on November 07, 2020 in Las Vegas, Nevada. (Photo by Mike Roach/Zuffa LLC)

Now that Romanov is fully recovered from his freak incident, he’s ready to continue his assault on the heavyweight division. At 14-0 (3-0 in UFC), his next test comes against gritty Fight of the Night bonus winner Jared Vanderaa at UFC Fight Night: Dern vs Rodriguez.

“Jared is a very good guy, and he has very good striking skills and I’ve seen on Instagram that he now has a black belt in jiu-jitsu, so we’ll see,” Romanov said with a smile.

Romanov’s smile stems from his excellent wrestling and dangerous submission game. He isn’t shy to admit that he’s fully confident in his abilities once the fight hits the canvas. But he also encourages fans to expect some new wrinkles in his game. 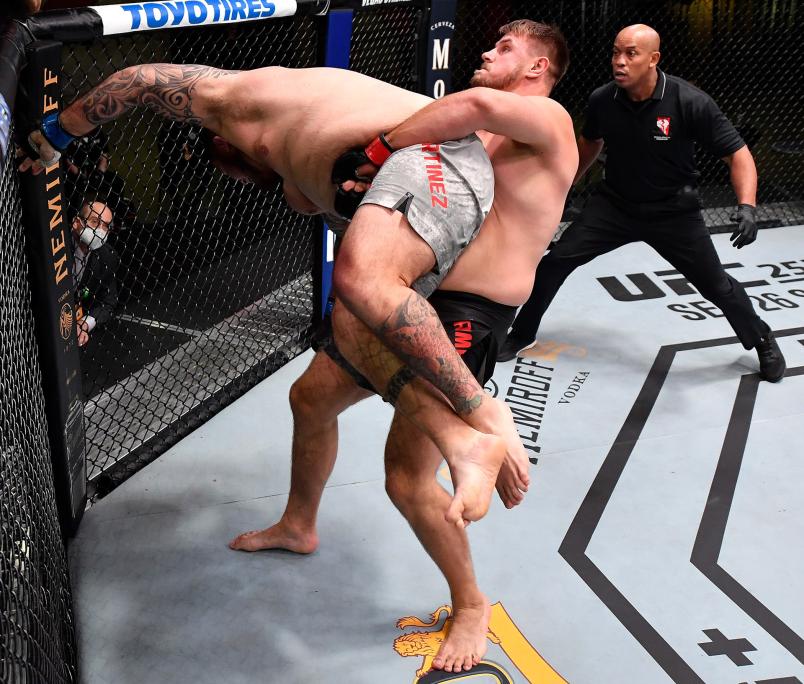 Alexandr Romanov of Moldova throws Roque Martinez of Guam to the mat in a heavyweight fight during the UFC Fight Night event at UFC APEX on September 12, 2020 in Las Vegas, Nevada. (Photo by Jeff Bottari/Zuffa LLC)

“This is a new level and there are no easy fights in the UFC and every fight is a challenge. UFC is the best league in the world and if you want to fight in this world, you must be the best,” Romanov said. “Every time I fight, my team sees my experience and we look at what I did correctly and what I did incorrectly, and I think [the fight with Espino] was a very big step in my professional career.”

“I think in this fight we do some more in the standup game.”

Putting on a complete performance against Vanderaa could go a long way in helping Romanov earn a crack at the heavyweight Top 15. But if Romanov is being honest, rankings aren’t really on his radar yet.

But getting his fourth UFC victory and protecting his groin certainly are.