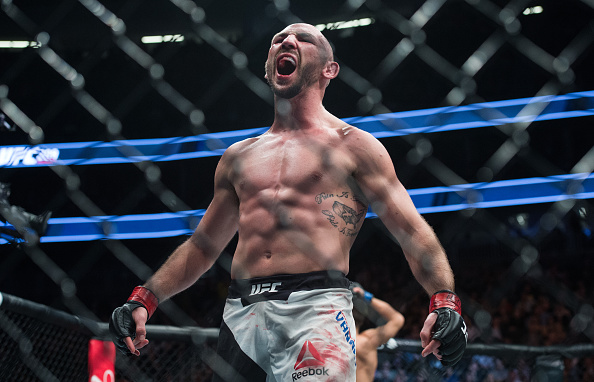 There are a couple bald men down in Albuquerque, and if Lando Vannata keeps thrilling fans the way he has in his previous four UFC bouts, Brandon Gibson may be the next to go.

“Greg’s balding, Wink’s balding,” said Vannata when asked if he’s giving his coaches gray hair (or no hair, for that matter). “Gibson’s the only one with hair left.”

If “Groovy Lando” has his way, the renowned striking coach may start leaving his comb at home, because the lightweight prospect has become used to being the Octagon’s latest bonus king.

“I know the fans expect fun fights, and even if my fight isn’t pure fireworks like the few have been, my style and just the way I move is exciting, so there’s no pressure,” said Vannata, who faces Drakkar Klose on Saturday’s UFC 226 card at T-Mobile Arena. “The only pressure I’m feeling is that I’ve got four post-fight bonuses, so now I’m accustomed to getting an extra 50k every fight.”

He laughs, happy with the reality that he is part of an exclusive club of fighters (with Thomas Almeida and Tyson Griffin) that are the only ones to start their UFC careers with four consecutive bonuses. Not bad for a guy who admits to being “somewhere in Albuquerque, drinking beers and eating pizza,” just a couple days before a late-notice call to face Tony Ferguson in July 2016.

“Naturally, I’m a little bit of a risk taker,” said Vannata in the biggest understatement in recent memory.

Vannata lost that first Octagon bout to Ferguson, but not before nearly stopping the future interim lightweight champion and picking up a Fight of the Night bonus. He got the same check in two of his next three bouts against David Teymur and Bobby Green, which followed a Performance of the Night knockout of John Makdessi.

But the thing is, none of this has been by design.

“Prior to coming to the UFC, I was like, ‘I never want to get Fight of the Night; that means I took a lot of damage,’” he said. “But so far, I wouldn’t say that’s true. For me, it’s more like I’m a f**king workhorse and I’m just grinding. So regardless of how much damage I’m taking, I’m still going for it, I’m still in your face, and I’ve got this mentality that nothing ever in my life, no adversity I’ve ever been under, can ever come close to breaking me. So even if I’m taking an ass whupping, I’m still gonna be right in your face giving it back.” 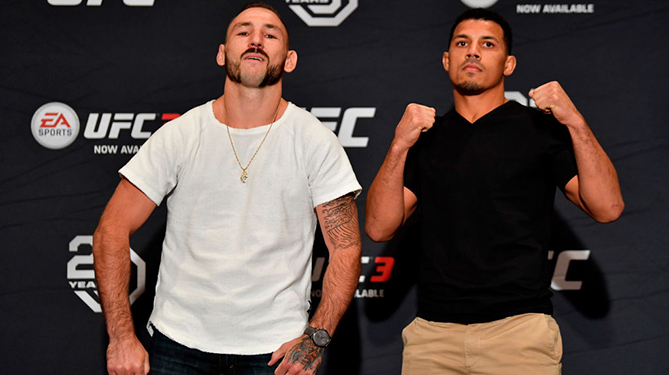 That’s the good part for us watching. On the other side, the 26-year-old has left those four fights with a 1-2-1 UFC record. And while he admits to some tweaking going on in the Jackson-Wink MMA gym in ABQ, saying that, “We’re working on being a little bit more reserved in our actions during fights, and that’s something that comes with time and experience,” he’s not losing sleep at night thinking about wins and losses.

“I think there’s a part of me that’s like, ‘All right, we’ve got to get some wins and get a streak going,’” Vannata said. “But at the same time, I’m not, nor have I ever been, a results-oriented person. I’m not an end goal kind of guy. I’m very process-oriented. I’m just focused on my art. I’m competitive, I’m gonna do everything I can to get this win and go out there and fight my best fight. If I win, I win; if I lose, I lose. It’s all a journey and a learning process. So I try to keep that (this being a must-win situation) out of my head. It’s too much pressure and it makes you f**k up your performance.”