After some trials and tribulations, flyweight Sergio Pettis is back in action and ready to get back on track.
By Zac Pacleb, on Twitter @ZacPacleb • Sep. 19, 2019

It’s understandably easy to forget Sergio Pettis is only 26 years old. Competing in the Octagon 13 times in the last six years makes anyone a UFC veteran, but even so, Pettis doesn’t feel like a guy who has been around for the better part of the last decade.

Part of that growth comes on Saturday in Mexico City as he looks to rebound from consecutive losses for the first time in his career. The first came against Jussier Formiga in a fight that failed to produce a flyweight title shot like some were speculating, and two months later, with the flyweight division up in the air, Pettis dropped a bantamweight decision to Rob Font in Milwaukee.

He hasn’t fought since, marking the longest layoff of his career.

“I had times growing and finding more passion for the sport, and I’m coming off of two losses right now,” Pettis said. “It’s been a rough nine months, honestly. It’s had some dark times, but I’m glad to be in fight week, and I’m glad to be here.”

Pettis’ original opponent, Alex Perez, pulled out due to injury, so now, he’ll square off against UFC debutant Tyson Nam, who is entering the promotion for the first time at 35 years old.

“That’s awesome,” Pettis said of his opponent. “That shows that in this sport, you can continue to go if you have good technique and the right mentality, the right mindset. It’s honestly inspiring to me because I’m only 26, so hopefully I get another nine, 10 years in this sport if my body is up to it. But I think he’s going to bring it, man. I mean, he’s 35. Everything is on the line for him. He’s only got, probably, a couple more years to compete, so I think he’s going to go out there and try to end me, but I’m ready for it.”

Two years ago, Pettis headlined a card in Mexico City, taking care of Brandon Moreno by way of unanimous decision. Fighting five rounds in the high elevation is no small feat, but Pettis said he’s not coming in with any previous experiences impacting his expectations for this fight.

Part of that mentality is the natural growth any person goes through over the course of two years, but in the last nine months, Pettis had time to recalibrate his focus.

“I just think it brought out a different me, a different understanding, a different perspective, just how bad I truly want this,” he said. “Those two losses affected me for such a long time. It ruined a lot of things but, like I said, it made me see the light again, some growth and they were necessary. Definitely necessary.” 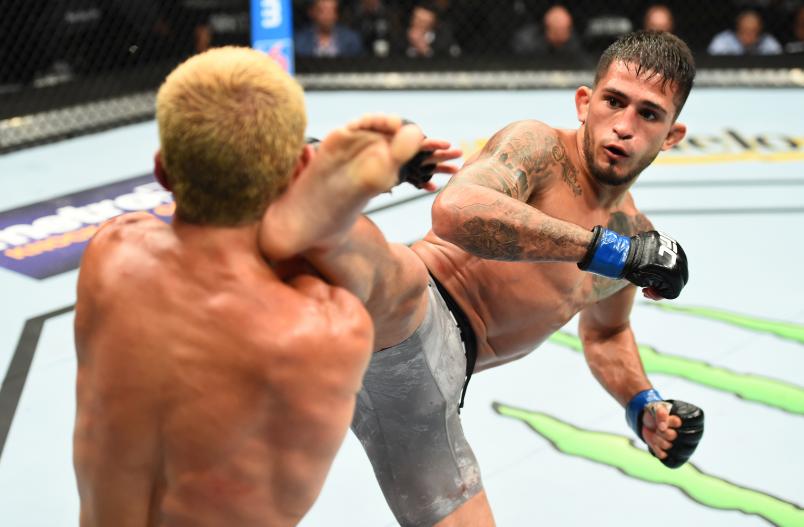 That mentality, in combination with the revitalization of the flyweight division, has Pettis feeling at ease and ready to get back on track and pursue what he wants.

“I feel like this is my division,” Pettis said. “This is where I belong.”