Everything You Need To Know About UFC 242

Here's all the articles, videos and info you need before Khabib Nurmagomedov and Dustin Poirier square off to unify the lightweight title in Abu Dhabi.
Sep. 4, 2019

As the Octagon descends on Abu Dhabi for UFC 242, the undefeated Khabib Nurmagomedov returns for the first time since submitting Conor McGregor at UFC 229 to defend his belt against interim champion Dustin Poirier. It all goes down at 2pm ET.

After tapping out the biggest name in mixed martial arts and the mayhem that ensued afterward, Nurmagomedov now looks to secure one of the new UFC belts, one that Poirier obtained when he went five rounds with Max Holloway at UFC 235 in one of the best fights of the year. In the co-main event, a rematch of a Fight of the Nighty scrap from four years ago takes place as Paul Felder and Edson Barboza prepare to do battle once again. On the prelims, a flyweight bout between Andrea Lee and Joanne Calderwood could prove pivotal in each fighter's pursuit of a shot at champion Valentina Shevchenko. Belal Muhammad and Takashi Soto headline the early prelims in an exciting welterweight tilt that is sure to have its fair share of highlights.

UFC 242 in Abu Dhabi is guaranteed to be one of the biggest cards of the year, and it takes place at an earlier time than normal. Find out what time UFC 242 starts in your region right here. 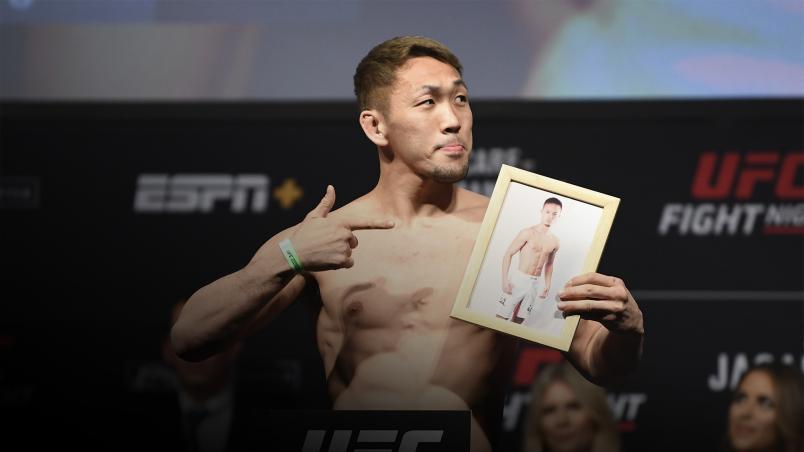 These three fighters are ones to keep your eye on in Abu Dhabi. (Read Here)