With Everything on the Line, Dan Miller Fights Through Adversity

"It is kind of a rebirth for me. I’m going to go in there, take it to him and show that I deserve to be in the UFC." 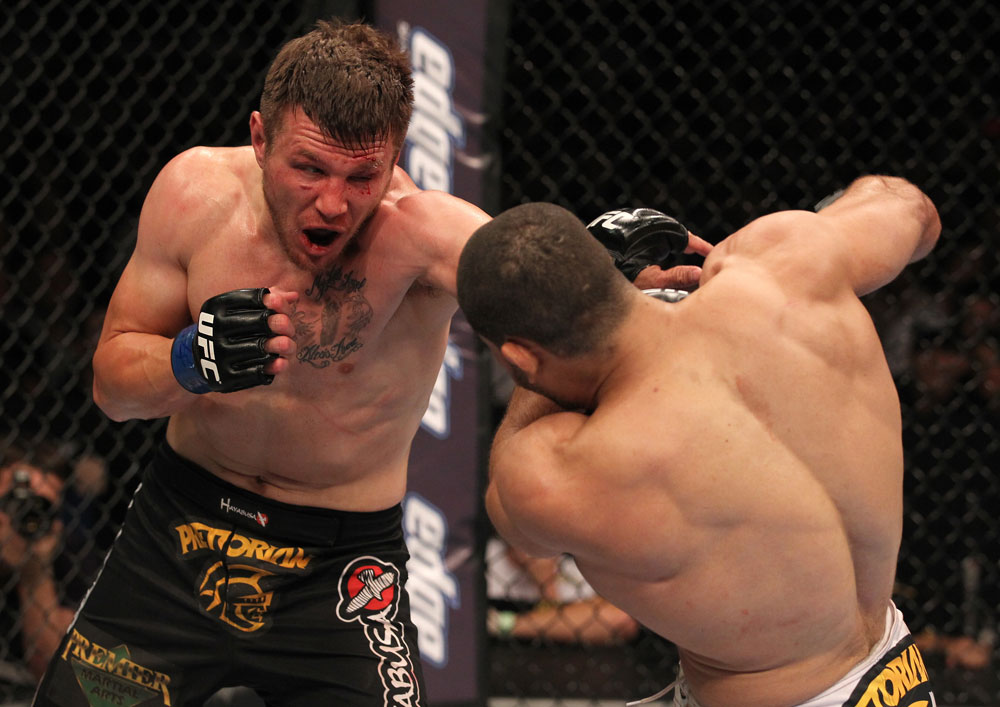 Good parents, the ones who do everything they can for their children, are the ones who worry that they aren't. This was Dan Miller’s struggle as he went back to training for the first time in months, forced to leave his son, Danny, with his mother at the hospital as the two-year old received treatments for complications stemming from his Polycystic kidney disease (PKD).

Danny was born with PKD and needs his enlarged kidneys replaced with a donor’s. Luckily, Danny has found a donor (an aunt) but his surgery dates have been pushed back several times because he’s gotten sick and has to be healthy in order to undergo the procedure.

Little Danny’s medical expenses are already astronomical, about $10,000 each month, and the surgery itself will, of course, cost more money. He will also have to be on anti-donor rejection medication for the rest of his life.

For months, the Millers drove Danny two hours each way to a Philadelphia hospital from their New Jersey home three days a week to receive the best treatment he could. They stayed in a hotel to be with their son.

Father Dan had decided to take time off after his last fight, a decision loss to Rousimar Palhares last August, but as his son’s condition worsened, that time off grew longer and longer. Dan stayed with Danny, but eventually, as the family’s breadwinner, he had to make the difficult decision to go back to work.

He had little choice, but still, Dan felt guilty. “It was kind of tough,” he tells UFC.com. “I felt very guilty leaving him on Saturday or Sunday night every week because I had to go back to Jersey to train. But I did it also knowing in my head that this is how I make my living. This is how I provide for my kids. It was a thing I had to do like anyone else. I had to make money somehow and fighting is the best way I know how to. So I started training again, basically for them. I need to make money, I need to pay bills.”

Thankfully, Danny’s condition has improved enough that he was allowed to return home. He still receives dialysis after having his kidneys removed in anticipation of receiving new ones, and the family hopes to be able to finally have the transplant surgery done.

“He is doing well,” Dan says. “We had a little rough patch in January when he was really sick. He’s gotten better and he’s working through it. Hopefully we will get the transplant done soon.”

Miller now balances those concerns with final preparations for his next fight – a June 22nd engagement with Ricardo Funch in Atlantic City. The fight will be Miller’s debut at a lighter weight class – welterweight. It is safe to say that, outside of middleweight champion Anderson Silva and number one contender Chael Sonnen, no one had faced stiffer competition in the 185-pound weight class than Dan Miller in recent years.

Against the likes of Sonnen, Michael Bisping, Nate Marquardt and Palhares, Miller was never outclassed, but he was overpowered. He had never been very large for 185, but the thought was that as long as he was successful there, there was no reason to go through the rigors of dropping 15 pounds to compete at welterweight.

But Miller decided at one specific moment to make the drop. “Halfway through the Palhares fight,” he laughs. “He’s just a beast. At one point I tried to stand back up and he just threw me down like a child. I thought, ‘Well, I guess I’m not standing up at this point.’ It had been in the back of my head for a long time…I never had to lose a lot of weight for middleweight; it was kind of an easy thing. But fighting some of these guys, I technically might have been close to them, but physically, it wasn’t a fair fight. At this level you need every advantage that you can get. So I thought, ‘Let’s get serious. Let’s do this.’”

Miller spoke with his coaches and they told him that he could do it. Since then, he’s cleaned up his diet and started paying more attention to how and when he eats. “I’m on a very strict diet now,” he says.

“I’m eating healthy and trying to make a turn, trying to be more professional – training hard and keeping focus. The weight is coming off pretty good. I’m pretty close to my goal. There are still some big, strong kids [at 170], so I don’t think it is going to be a huge advantage for me. I just think that now I’ll be one of the bigger guys in the division instead of being the small guy. I’m looking forward to it.”

As stressful as his personal life has been, Miller has enjoyed being able to do something productive again, instead of just waiting around, watching, worrying. “I’m a type of guy that needs to be doing something with myself. Once Danny was able to return home, it got a lot easier to train. I’m enjoying it again,” he says.

He’ll enjoy himself even more if he can make a successful debut at welterweight and snap a two-fight losing streak. Miller is taking a workmanlike approach to game planning for his opponent on the UFC on FX 4 card June 22nd.

“I know he’s an aggressive, good all around fighter,” Miller says of Funch. “He’s a black belt in jiu-jitsu. I’ve got to be on top of my game. It’s going to be a tough fight. I’m looking forward to it. It is kind of a rebirth for me. I’m going to go in there, take it to him and show that I deserve to be in the UFC.”