Evans on TUF 21: Most Intense Season Yet 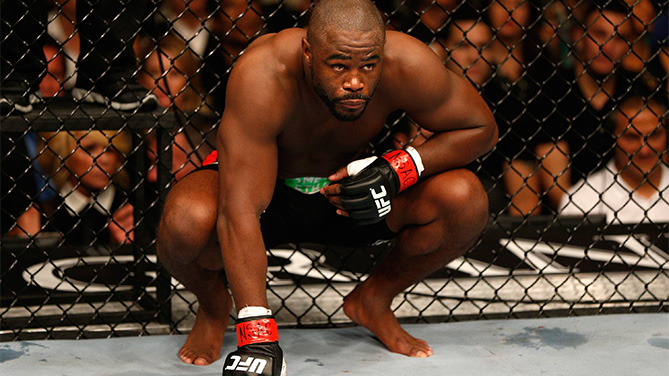 UFC light heavyweight Rashad Evans is the perfect person to talk to when it comes to getting the Blackzilians’ perspective on Season 21 of The Ultimate Fighter.

One of the original members of the Boca Raton, Florida fight team, the 35-year-old Evans ascended to prominence in the UFC after winning the heavyweight competition on Season 2 of the long-running reality television series. He also led a team of heavyweights opposite a squad coached by Quinton “Rampage” Jackson on Season 10, easily one of the most explosive seasons of the show.

Having been a part of the rivalry with American Top Team since its genesis and boasting a wealth of experience with the traditional TUF format, you know there is no exaggeration when “Suga” says this upcoming season is going to be different than anything we’ve seen before.

“I would say this is probably the most intensity you’re going to see on The Ultimate Fighter because you’ve got two true teams there,” Evans, whose team won seven of eight opening round fights back in Season 10 and produced both finalists – eventual winner Roy Nelson and runner-up Brendan Schaub, offers. 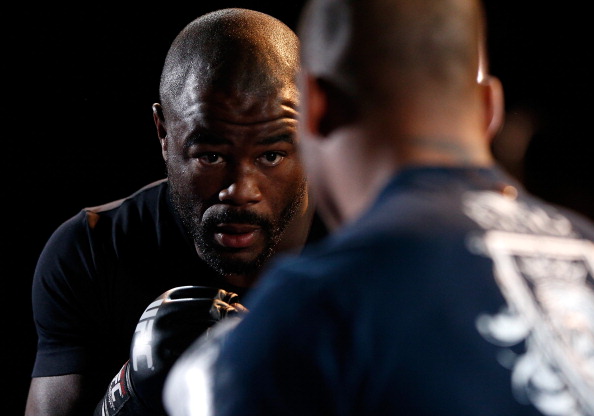 “When you’re just pulled into The Ultimate Fighter from the traditional experience, it’s more of a sociology experiment – you put a bunch of personalities together and hope that everybody gels and that you get the desired results. Hopefully you’re in a position as a fighter where you’re not pulled too much out of who you are as a person where you’re really about to bring the best that you can do. That’s the mindset on the traditional format of The Ultimate Fighter.

“On this one, these fighters know each other – they’re training partners and they train together every single day,” he continues. “They’ve known each other for years. They hang out outside of the gym. They have true relationships with each other. It was better for them because they were all going through hard things, dealing with the stresses from being on the show, but they had people they could lean on.”
> WATCH: The Ultimate Fighter: American Top Team vs. Blackzilians Preview

While the origins of the rivalry between the two South Florida fight teams has been well established, Evans has a slightly different read on when the differences between the two teams truly began to emerge. 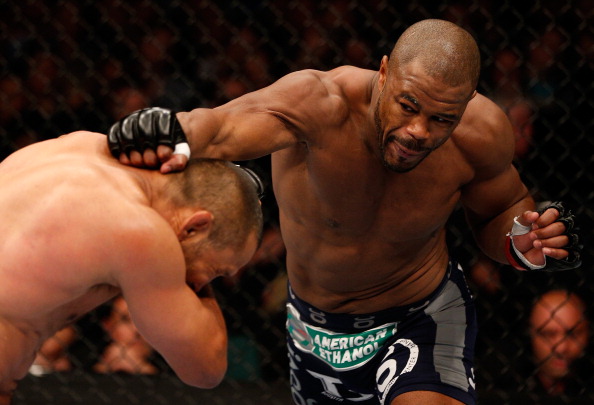 Though the Blackzilians was founded in early 2011, the team struggled to find its footing in the beginning, experiencing the growing pains that come with starting any new venture. There were coaching changes and the roster of fighters affiliated with the team was constantly changing as they worked to find the right formula to produce the desired results.

As far as Evans is concerned, it was only after the team emerged from those ups and downs and started winning on a consistent basis that the rivalry really came into existence.

“The Blackzilians have been growing and it wasn’t really a big deal what we were doing at The Blackzilians until we got good – and that’s the truth,” Evans, who is currently on the sidelines rehabbing a knee injury with hopes of returning to the Octagon later this year, says. “Dan Lambert can say what he wants about Blackzilians starting because Glenn (Robinson) took some fighters from his team, but if you think about the fighters that Glenn supposedly took – just think about fighters he supposedly took.”

He’s referring to Jorge Santiago, Gesias Cavalcante and the Villefort Brothers, Danillo and Yuri - the quartet of Brazilians that left American Top Team and went 1-8 with one no contest result in a combined 10 fights under the Strikeforce and UFC banners after the team initially came together.

“That’s not to say anything bad about them, but it’s to say that if The Blackzilians had been built just off of that, would he be mad about it?

“I think the show has really made the rivalry grow,” Evans adds. “Before, we knew there was something there, but I think the show clearly defines there is definitely beef. When ATT and Blackzilians are fighting, you gotta win that fight. You don’t lose to that team.”

Evans believes that the format for this season of The Ultimate Fighter is akin to collegiate wrestling events, where competitors are not only focused on individual success, but team success as well.

Having wrestled at Michigan State and lived the in-state rivalry between the Spartans and the University of Michigan, it’s another element the former light heavyweight champion has experienced first-hand that make his insights on Season 21 so sharp.

“I would agree with it 100 percent,” he begins, “and what makes matters even worse is that everybody that lives in the South Florida area, they know the beef – they know the rivalry, so it’s like, ‘My boyfriend does (MMA), but he trains at ATT.’ There is definitely a strong ‘You’re either Blackzilian or you’re ATT’ and there is no in between.”

And according to Evans, that divide and the rivalry between the two camps plays out in full on this upcoming season of The Ultimate Fighter.

“Our team would show up and their team would show up, everybody is cheering like a traditional fight, which is something that I didn’t experience on my seasons of The Ultimate Fighter. You feel the camaraderie, but you feel the rivalry right away too. It kind of reminded me of the explosive element that “Rampage” and I had on Season 10.

“It was one of those atmospheres where the tension was thick and it was all very organic and raw.”