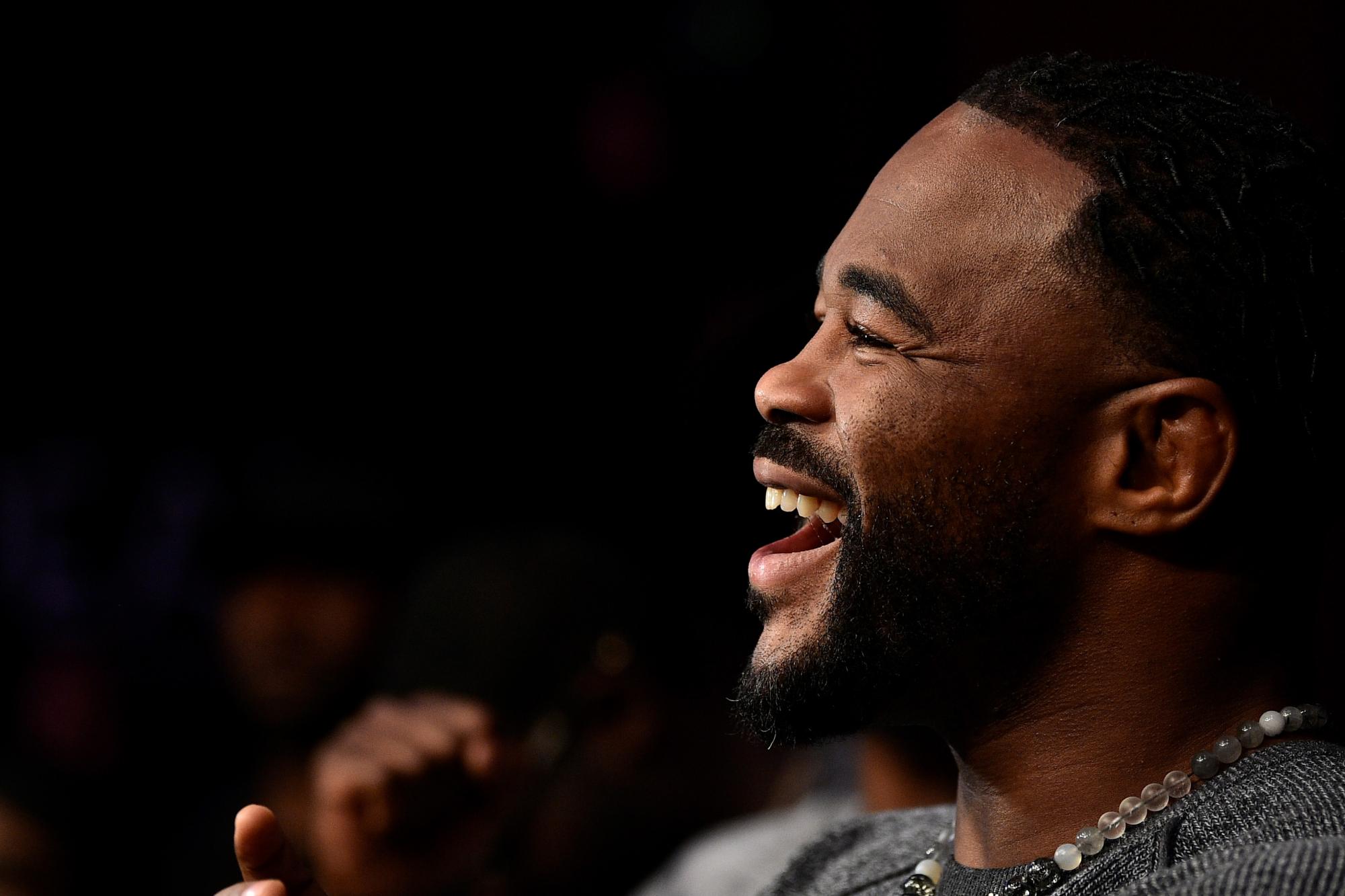 In the world of mixed martial arts, keeping a secret is a lost art. But this one stayed sealed, so when it was announced last weekend in Rochester that Rashad Evans was going into the UFC Hall of Fame as a member of the Class of 2019, it came as a pleasant shock to everyone, especially “Suga.”

“I was so surprised, I didn’t expect it at all,” Evans said. “But it was a great surprise.”

The announcement certainly was, but the content of that announcement wasn’t. For nearly 13 years, Evans graced the Octagon, winning season two of The Ultimate Fighter and a world light heavyweight title while fighting and beating the best of the best at the highest level of the sport. Evans also headlined 12 UFC events, coached TUF and fought in three weight classes in the Octagon. Add in his role as ambassador for the sport, and it was clear that the Hall of Fame was made for the 39-year-old.

EVANS NAMED TO HALL OF FAME AT UFC ROCHESTER

“I’m just humbled,” he said. “It’s not that I didn’t expect my efforts and what I did in the Octagon to speak for themselves and warrant that kind of recognition, but it’s another thing to get that acknowledgement. I didn’t know how I would feel and that’s what took me by surprise. I didn’t expect it would mean that much to me to have that acknowledgement from the UFC and from my peers, and most of all from the fans who I fought so hard to entertain.”

It’s the kind of recognition every athlete hopes to one day earn, but 99% of them won’t reach such heights. So when someone like Evans does make it, it’s a time for reflection.

“I was thinking about all the times I was running in Lansing, Michigan up a hill, my dog Rex running right next to me and I’m chanting to myself over and over again, ‘I’m gonna be the best in the world, I’m gonna be great, I’m gonna be great.’ And it happened. It’s an emotional thing for me.

The call to the hall comes at a perfect time for the Niagara Falls, NY native, who has been making the transition to life after fighting since his retirement following a June 2018 loss to Anthony Smith. That’s always a raw time for any athlete, but knowing just what he left the sport does make that transition a little easier.

“When you go through ups and downs in life, it’s easy to grab on to the negative things or the lesser highlights of your life and it has a way of imprinting on your mind more than the positive things,” he said. “But this is a foothold to say, hey, this is what you’ve done, this is who you are; you may have lost some fights, your career may not have ended the way you wanted it to, but at the end of the day, this is what it was all about. It was all about being that inspiration and having that impact, whether I won one title or ten titles. And I get that now.”

Evans’ career was always about more than wins and losses. There were a lot more wins than losses, though, and when it comes to the nuts and bolts of his time in the Octagon, perhaps the most interesting and impressive stat is that he defeated five UFC Hall of Famers (Fellow 2019 inductee Michael Bisping, Chuck Liddell, Forrest Griffin, Tito Ortiz, Dan Henderson).

It’s an accomplishment he didn’t even know until it was brought to his attention, the price paid for going all-in on winning each fight. But now that it is time to celebrate, he’s got his own thoughts on what made him special.

“I think the one thing that made me special was the way I would mix things up,” he said. “I would get guys to really start to punch with me and then right when they started feeling comfortable, thinking that I was gonna get into a punching contest with them, I was able to change levels and take them down. That’s what I felt was able to give me the advantage in the light heavyweight division because I was able to be quicker than a lot of them, and I would flash them with my quickness, but then hit them with the power with the double and stuff like that. And when I wasn’t able to hit the takedown, just the threat of my ability to do that would open up my hands. So between the two of those, that was probably when I started to come into my own and come into my mastery as far as what made Rashad Evans a hundred percent when he stepped into the Octagon.”

And when Rashad Evans was one hundred percent, he was something to see. That’s why he’s going into the UFC Hall of Fame.