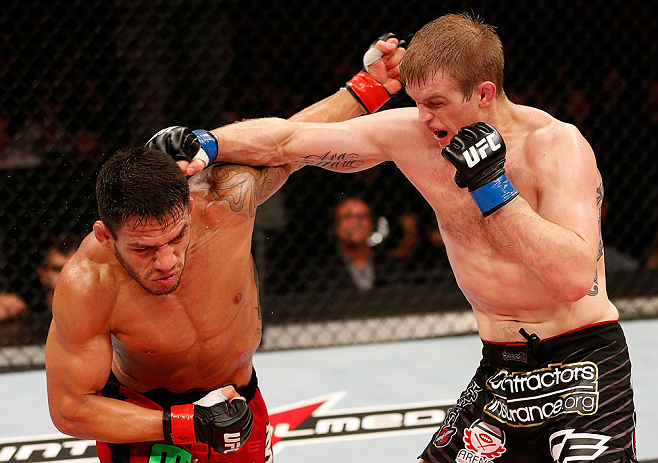 “I don't shy away when it gets ugly,” says Evan Dunham.

And, boy, he is not kidding.

UFC fans have come to know and love that the bout is just beginning once Dunham sheds some crimson. A three-time Fight of the Night veteran, Dunham’s devious smile during these trademark, 15 minute firefights warms an Octagon enthusiast’s heart as the 14-4 lightweight truly appears to be having a good time trying to tag his opponent two times for every one time he gets hit. It’s that comfort in the pocket, in those most intense exchanges, that really demonstrate Dunham’s love for the sport and his willingness to entertain while gunning for a win.

“I show up to fight every time,” asserts Dunham. “I think my mental game is pretty good. I don't think it’s an issue for me. You either enjoy the fight or you don't. If you enjoy the fight then it's pretty easy to get your mental state right. If you have any questions about whether you want to be there or not, then that's when the mental games start. I enjoy being in there every second and I just think that's something that comes natural to me.”

At 31 years old, the Oregon native is a revved-up conveyer belt of attacks coming forward and often, meeting his opponents in the center of the Octagon. His ‘a good offense is one’s best defense’ mentality has won fans over, but not many judges, as Dunham has been on the wrong end of several controversial decisions in his Octagon career, most notably the UFC 119 clash with former lightweight champ Sean Sherk. It was a similar story in his last outing in May, when the Las Vegas, Nevada transplant collided with emerging Brazilian talent Rafael dos Anjos.

“Same as any fight, I was confident I could win and thought I was the better fighter in every aspect,” tells Dunham. “I went in there very confident. It pretty much went right how I thought it was going to go, two guys going after it. I thought the decision was BS. I definitely thought I won 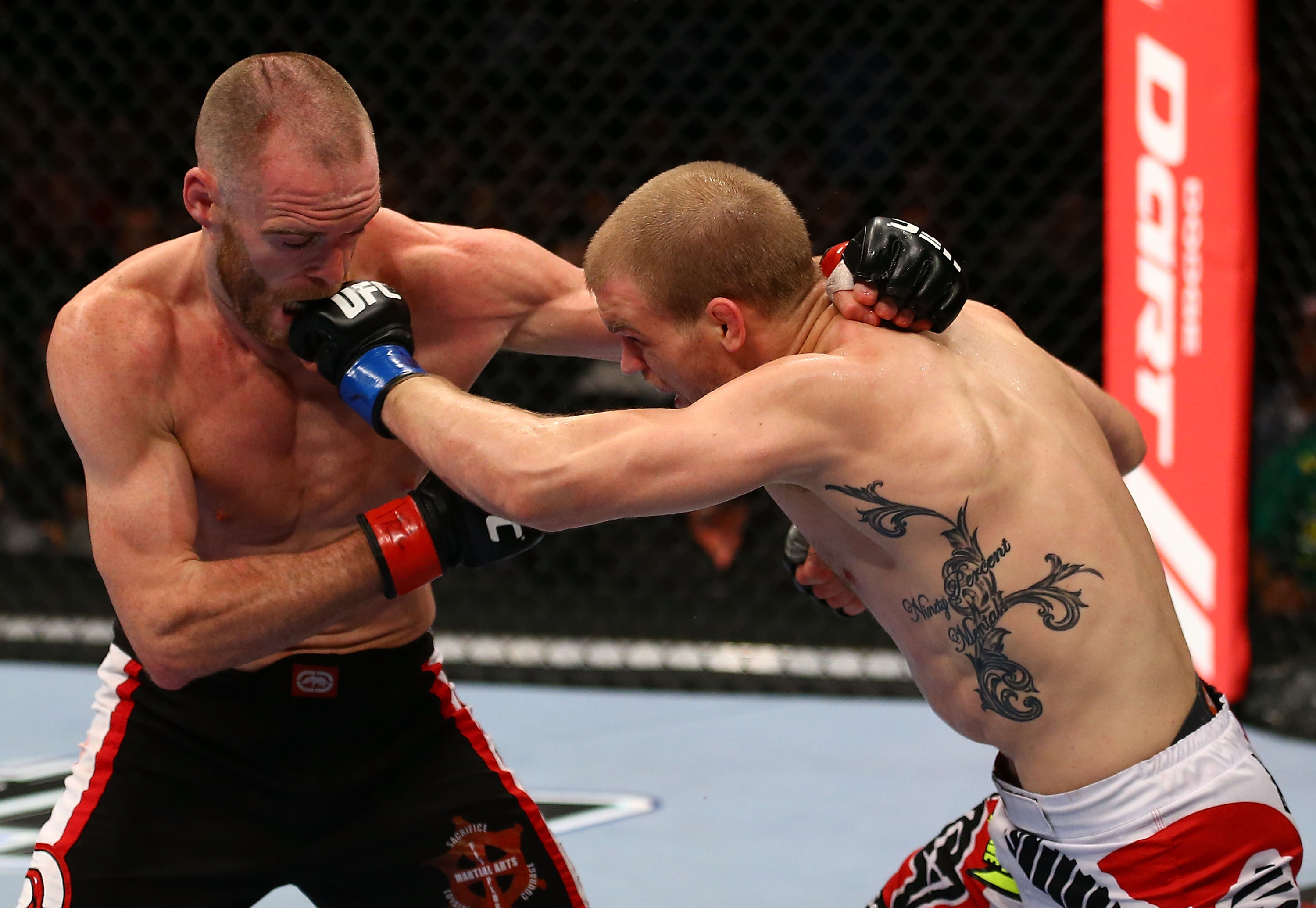 that one and I think I should be a little higher in the rankings. It is what it is.”

Without a doubt, no one is more productive in a losing effort than Dunham. Probably because Dunham thinks he’s winning these exchanges before time runs out and the judges pull a fast one on him. At UFC 152, in a unanimous decision loss to TJ Grant, Dunham threw over 400 strikes in 15 minutes and Lord only knows where Dunham found the time in all of that to attempt eight takedowns as well. Against dos Anjos, Dunham landed 68 significant strikes to his winning opponent’s 66, as well as scored on three of seven takedowns to dos Anjos’ 0 of 0.

Obviously, these losses are not from a lack of trying. No one can control how the action is interpreted, but it’s clear that when Dunham is locked in the Octagon, he’s there to put on a show and a show is what we get.

“It's pretty easy to explain; you put two high level guys in there who spend all their time training hard getting their craft as good as they can and that's how decisions come about,” explains Dunham. “You get two talented guys who are at the same high level and it's hard to finish those guys sometimes. My last couple losses weren't really losses. So I just kind of move on from it. It sucks when the judges give it to the wrong person because it takes money out of my pocket. But in my eyes, I won those fights and I don't look at it any further than that.”

Up next, at the UFC’s 20th anniversary card - UFC 167 – this Saturday in Las Vegas, Dunham will be met inside the Octagon with about the best dance partner a three round war specialist could ask for, Donald “Cowboy” Cerrone. The 30-year-old member of Team Jackson-Winkeljohn in Albuquerque, New Mexico is likewise coming off a close decision loss to dos Anjos. Before that bout in August, Cerrone had an impressive 7-2 record in the UFC, including six Fight Night bonuses. If anyone was going to help Dunham steal the spotlight at the monumental event, he would be the opponent to do it against.

“Cerrone's a tough guy and I've had a great camp for him,” admits Dunham. “I wouldn't change anything about it. He's one of those guys I knew I was going to fight at some point in my career. Now is that time. I get excited for every fight, no matter who it is against. I've fought a lot of people 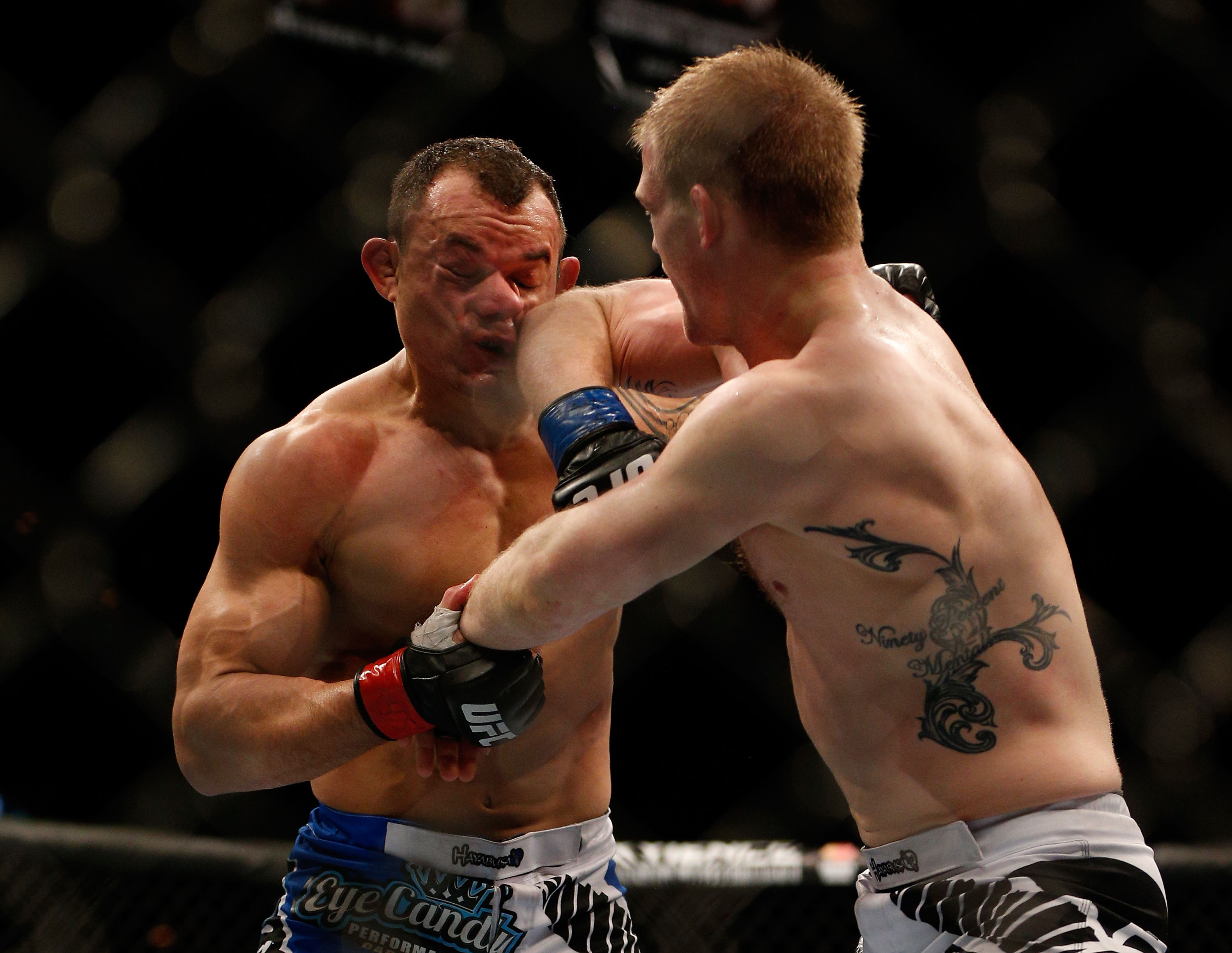 who have Fight of the Nights as well, so that doesn't really play into account. More than anything, just fighting in my new home of Las Vegas is more exciting than anything else. Being able to fight just down the road from my house is a very cool thing. It's really cool to be on this card, the 20th anniversary card. I'm very happy with the opponent and very happy with the event.”

Cut from the same bolt of cloth, both lightweights have earned a hat trick of Fight of the Night awards in memorable standup throwdowns. Pre-UFC, Cerrone was a fixture in the Zuffa-owned WEC, where he took home an additional five Fight of the Night bonuses. Neither fighter’s cardio is in question nor their ability to throw punches and kicks without pause until the cows come home, so the real battle will be a mental game of who blinks first, who second guesses their onslaught first. With that possible scenario, Dunham believes he has the upper hand.

“He's very like-minded as I am,” affirms Dunham. “He enjoys the fights, he enjoys the battle. As the fight wears on and gets more intense, I think he thrives on that, as I do. I think he's an emotional fighter. When things are going his way, he's able to shine. When things aren't and he starts to get into his own head, things start to fall. He's an emotional fighter, as am I, but I think my mental game is a little bit better in being able to battle back from adversity. I expect the fight to go Rock 'em Sock 'em robots. That's how he fights, that's how I fight.”

In preparation for Cerrone, Dunham is thoroughly enjoying the fruits of Las Vegas by training at Xtreme Couture MMA. A Brazilian jiu-jitsu black belt under the renowned Wellington “Megaton” Dias, Dunham keeps his ground game fresh with the highly-regarded BJJ black belts Robert Drysdale and Robert Follis, and, for wrestling, Kyle Griffin. For striking, Dunham stays sharp working with former K-1 kickboxing star Ray “Sugarfoot” Sefo. Entering the Octagon for the 12th time at the grand 20th anniversary card, Dunham has had some great moments as a UFC fighter, but, like the company itself, Dunham believes the best is yet to come. 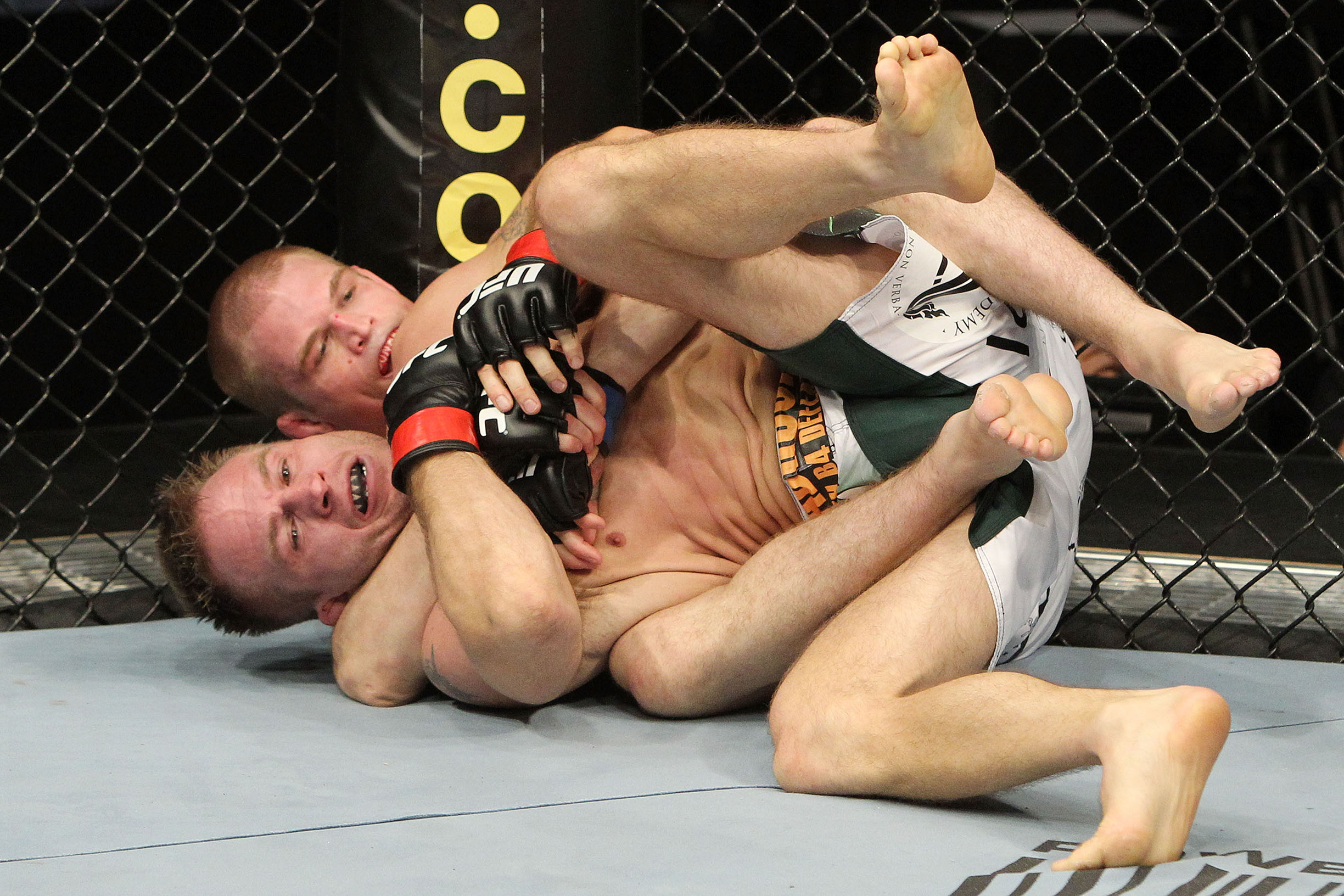 career has happened yet. It's still to come.”

On November 16th at UFC 167 in Las Vegas, easily two of the most exciting and consistently entertaining fighters the UFC has to offer will meet in the center of the Octagon for delight of all. “Fans are going to get what they expect, me going in there and putting it all on the line and nothing less,” declares Dunham who fights like he’s married to it. For better or worse, sickness and health, whether he’s busted up or his opponent is. “I don't know if they're going to see a different Evan Dunham, but they're going to see the ‘classic’ one - the one where he fights his ass off. I think that's what they like. Make sure to tune in, it's going to be a good one.”

It’s not as much smiling as it’s Dunham baring his fangs when fights gets ugly.