Escudero Finishes His Biggest Year Yet 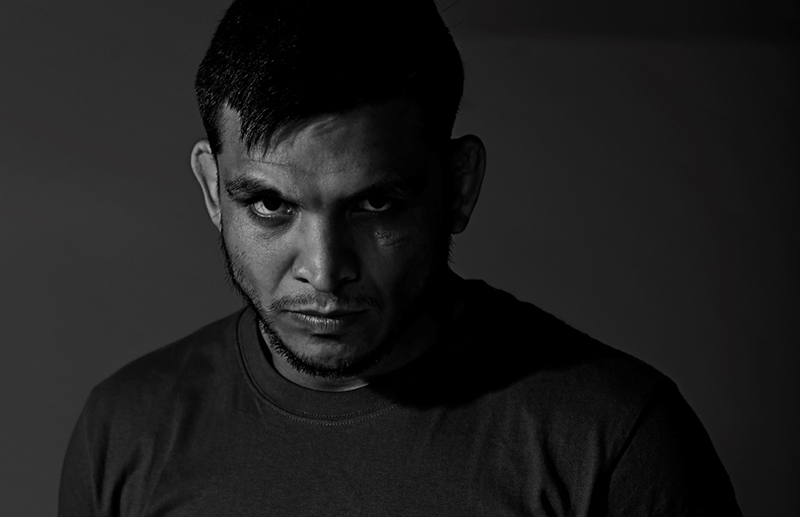 An enormous year for Efrain Escudero could get even bigger and it couldn’t happen in a better place than in his home country of Mexico.

In 2015, The Ultimate Fighter season eight winner delivered his best striking performance to date for a win over Rodrigo de Lima, secured a submission win over Drew Dober in Mexico City at UFC 188, was a starring head coach on The Ultimate Fighter: Latin America 2 with his TUF team guaranteed to crown a season winner, and, this Saturday, “Hecho en Mexico” has the chance to go 3-0 inside the Octagon this year with another scrap south of the border.

“I think this year has been really good for me,” Escudero said. “Mostly it has been my mentality. I was always too cautious. I would always say this was the new and improved Efrain, but the new and improved Efrain never did anything for me. I kind of told myself, ‘What got me into the UFC?’ It was the old Efrain that got me to the UFC. I thought, ‘I need to stop thinking and I need to just go’. That’s exactly what I’ve been doing. I’ve been letting my hands go, I’ve been having fun, I’ve been smiling in the fight. I’m enjoying it and I’m loving every single moment of it.”

After taking a unanimous decision over de Lima with some nifty striking, the 29-year-old native of San Luis Rio Colorado, Mexico got the call that he would be a head coach on the next TUF Latin America and, finally, get his dream of fighting for the UFC in Mexico. Escudero jumped at both of these opportunities, and actually, they would not be the first time he had done so.

Back in 2010, Escudero and then-UFC heavyweight champion Cain Velasquez did a media tour in the land of their forefathers, getting the people interested in the sport. Unfortunately, Escudero was injured when the Octagon held its inaugural event, UFC 180, in Mexico City four years later. Thankfully, a healthy Escudero was ready to tangle with Drew Dober for the Octagon’s return to Mexico City at UFC 188. It didn’t take long at all for Escudero to work his submission skills, as he latched on a standing guillotine choke to force Dober to tap only 54 seconds into the first round.

“I really wasn’t going for the submission,” Escudero said. “I was really just trying to get a head and arm like wrestling base. I was trying to stay on top of him and make him tired. I knew the elevation was higher and I wanted to make him more tired than I was. I didn’t automatically say I was trying for a submission. That was never my intention. But once he didn’t defend it well - I was able to lock it in. Once I locked it in, that’s when I took over.”

Completing a career circle, Escudero started as a participant and, eventual, winner of TUF and now he’s been a coach on the show. A successful coach too. Two members of Escudero’s team - Horacio Gutierrez and Enrique Barzola - made it as the lightweight finalists and will meet each other at the finale. Before going on to the show, Escudero talked with his TUF 8 coach Antonio Rodrigo Nogueira about any hints or things to look for in choosing his fighters. On top of that advice, Escudero simply turned his red team into a mini-version of Glendale, Arizona’s vaunted MMA Lab, where he trains alongside Benson Henderson under John Crouch.

“Nogueira did a great job coaching me on the show,” Escudero said. “He taught me a lot about being a role model and keeping a united team. He told me to look for guys who are going to be there in week five and six, not the people who are just there in the beginning, because they fade away. It never really sunk in until I was on my way to do the show and I got there and I saw the gym again - it was just surreal. It was a great experience. I took my full team. My strength and conditioning coach at The Lab was my strength and conditioning coach on The Ultimate Fighter. I had the opportunity to demonstrate to these guys that this is how we train and it’s been working for us, so you should try it too.”

As for Gutierrez and Barzola, both lightweights nabbed a decision and a finish in the house to solidify their spots at the finale. Of course, Escudero is not choosing sides in this clash and has been thoroughly impressed by Gutierrez and Barzola. The former is a chip off the old block, the latter is a sparkplug, and both are born competitors.

“Horacio reminds me a lot of me as a young kid,” Escudero said. “He’s hungry, he’s motivated. He still shoots me text messages and calls me and is like, ‘Coach, I’m going to beat you.’ It reminds me of me. I was one of those kids. That’s what I did on The Ultimate Fighter. I would challenge Nogueira and call him names and tell him he was old. And I really love Enrique. He was one of those guys who was in there and would compete no matter where it is. He would compete against me. He’s going to do big things in the UFC. He’s a little small for 155, and I think he’ll drop down to 145. He’s in there doing the best he can and I think it’s going to be war. It’s going to be an exciting one to watch.”

Not just a spectator this Saturday, Escudero is headed to Monterrey, Mexico to battle fellow submission artist Leandro Silva. A BJJ black belt under Rocian Gracie, “Buscape” owns an 18-2-1, 1 NC pro record with 10 sub stoppages. After losing his UFC debut, Silva has been undefeated in his last three Octagon appearances, including his most recent unanimous decision win over Lewis Gonzalez in June.