Middleweight Rejects Any Excuses, Looks To Return To His Essence As A Fighter
By Thomas Gerbasi, on Twitter: @TGerbasi • Nov. 12, 2020

If one thing has been made abundantly clear over Eryk Anders’ three-plus years in the UFC, it’s that he’s as old school as it gets when it comes to the fighting life.

Well, maybe not as old as going back to the early to mid-90s and the days when mixed martial arts was known as no holds barred.

“You know they say every generation is softer than the previous one?” Anders asks. “I think that's especially true in mixed martial arts. Who the hell wants to get kneed in the face and soccer kicked and all that other good stuff? They can have it. I'm glad that the game has evolved.”

So, no groin shots or head butts for the Alabama product? No way.  You might wonder how this topic was broached when Anders, fully entrenched in the modern day, is getting ready for a Saturday bout against Antonio Arroyo. It all goes back to the sparring the middleweight Anders was doing with his buddy, heavyweight contender Walt Harris, as “The Big Ticket” prepared for his Fight Island matchup with Alexander Volkov. 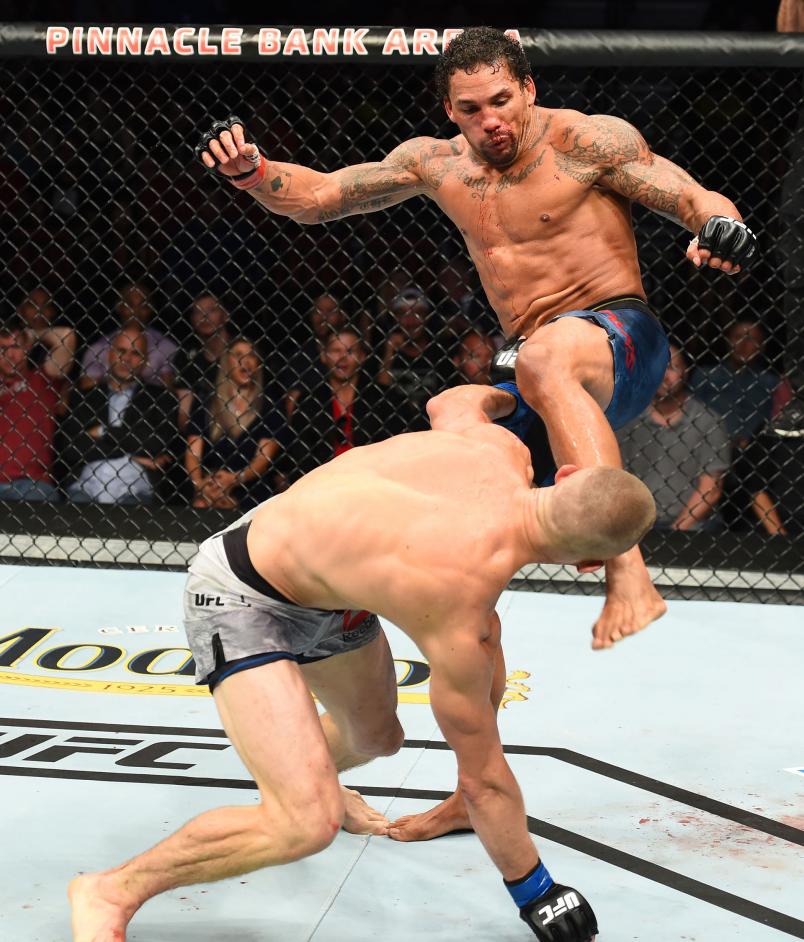 Anders knocks out Tim Williams with a kick during on August 25, 2018 in Lincoln, Nebraska. (Photo by Josh Hedges/Zuffa LLC)

“It's scary,” said Anders. “The thing about him (Harris) is his hand speed. And even though he's not trying to hit you hard, man, there's a lot of weight coming behind those punches. It doesn't feel good.”

Well, at least “Ya Boi” will be fighting a fellow 185-pounder this weekend in Las Vegas.

“It's gonna be a lot better getting in there with somebody my size versus somebody who's probably about 50 pounds heavier,” he said. “There's weight classes for a reason.”

Hence, the visit back to 1993. But back to 2020 and what has not been a normal year for Anders – or most people, for that matter. Usually one of the most active fighters on the roster, fighting four times in 2018 and three times in 2019, Anders has only made the walk once, losing a decision to Krzysztof Jotko in May that snapped a two-fight winning streak. 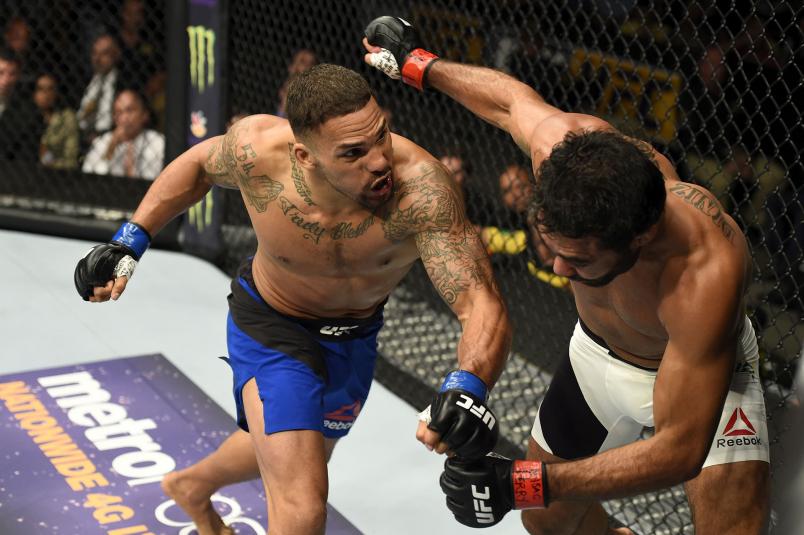 Add in an injury that needed to heal up and the continuing COVID-19 pandemic, and the 33-year-old Anders was ready to write off 2020 and come back in 2021, but that’s not the way this fighter operates, so when the opportunity came up to replace Andreas Michailidis on this week’s card, he had to do it.

“It's never like I gotta do it, but sitting still, sitting stagnant, that's just not me,” he said. I'm super disappointed in my last performance and it's been eating at me, eating at me, eating at me. I already had turned down one short notice fight because I thought I had COVID, so I didn't want to let another one slip by. The original plan was to wait for 2021, but seldom does anything go according to plan, so here we are.”

Anders has made his name off making the best of such changes in plans, so it was surprising that he came up short against Jotko in a fight that epitomized things not being what they usually are. But Anders isn’t looking for excuses. 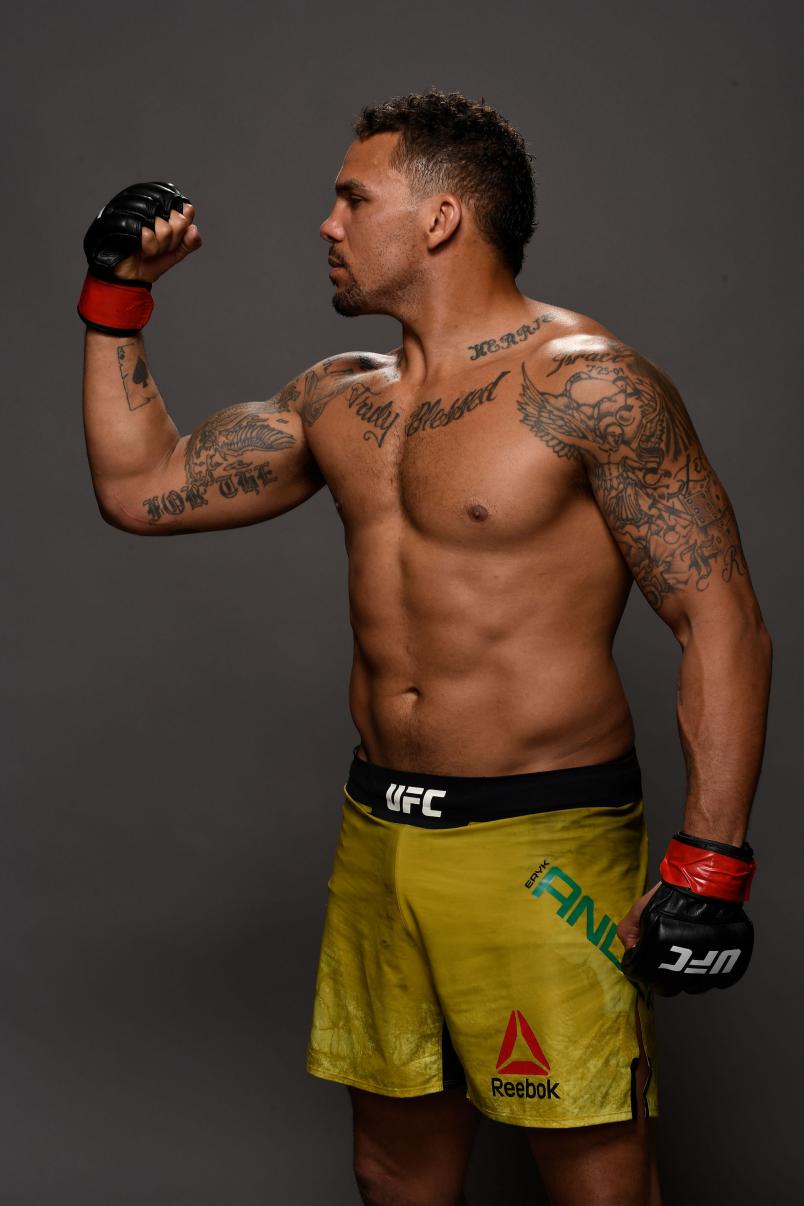 “This is the thing,” he said. “Regardless of the circumstances, Jotko was fighting under the same circumstances I was. I prefer the crowd - I feed off the crowd, there's a lot of energy the crowd gives you, so it is what it is. I think at this level, it's whoever adjusts to the outside stuff best is who has the better chance.”

So he’s not going to take the out we’re giving him?

“I never will either,” he laughs.

“To be honest,” Anders continues, “COVID had zero to do with anything. I can't even sit here and say that affected the fight at all because it didn't. I was training, I was running, I was doing everything that I do to get ready for a fight under normal circumstances. I just fought like s**t, and I definitely look to go out there and fight more like myself in this one.”

See, now that’s an attitude that would fit in perfectly with the folks who made the walk to the Octagon in those early years.

“From May to September, I couldn't train hardly at all and then I came back to train and came out to Fight Island and watched everybody else go through the emotional rollercoaster of fight week and all that other good stuff,” he said. “So I'm actually kinda glad this fight came up when it did because I want to get back in there and fight again, fight often and get back to being me and doing what I do.”