Rising Flyweight Erin Blanchfield Is Eager To Live Up To High Expectations In Her Second UFC Fight At UFC 269
By Maddyn Johnstone-Thomas, on Twitter @MaddynThomas • Dec. 10, 2021

Erin Blanchfield has only suffered one loss through eight professional fights. While competing in Invicta FC, Blanchfield lost via split decision to current UFC flyweight Tracy Cortez in 2019. Looking at the fight two and a half years later, Blanchfield is somewhat grateful for that loss.

“I feel like it totally changed my mindset and that I grew up a little bit because I was only 19, I think, when I lost that fight,” Blanchfield said. “It wasn’t a fight I didn’t have to lose, but I made certain mistakes, so I feel like that helped me change my mindset and change my training to prepare myself better and go into the fight with a better mindset. I’m happy I lost that fight. I definitely wouldn’t be on the streak that I am now, and I wouldn’t be here if I didn’t.”

The 22-year-old has rattled off four straight victories after the matchup with Cortez, including her latest victory in September, which was her UFC debut. Blanchfield defeated Sarah Alpar by unanimous decision thanks to a dominant three-round performance. Still in the early stages of her career, her first fight in the Octagon made her an intriguing prospect for years to come. 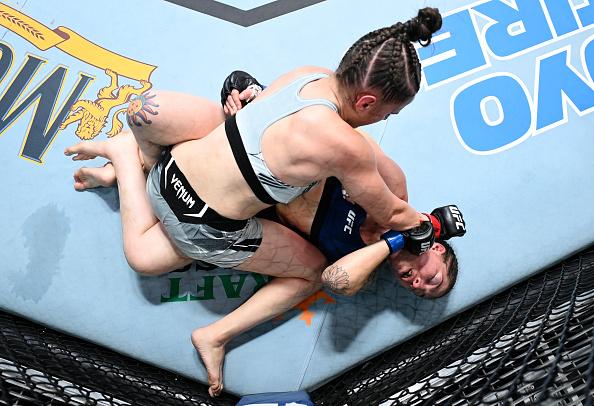 Being able to compete in T-Mobile Arena this weekend in only her second fight in the UFC is something that Blanchfield is looking forward to.

“I made my debut in September, but in some ways, it feels like this is my first real UFC fight with a full crowd and everything,” Blanchfield told UFC.com. “I’m super pumped for that. I haven’t fought in front of a crowd in almost two years, so I feel like it’s been a long time coming and I’m excited for it.”

Blanchfield has high expectations for herself and her career, which is why she doesn’t feel added pressure heading into this fight after having such an impressive debut.

“I know people expect a lot out of me, but I like that because I expect that out of myself,” Blanchfield said. “I kind of want that pressure. I think it helps me perform better and I want to put out a win. I’m such a chill person that I think I need a little bit of that to hype me up and get me ready to go in there.” 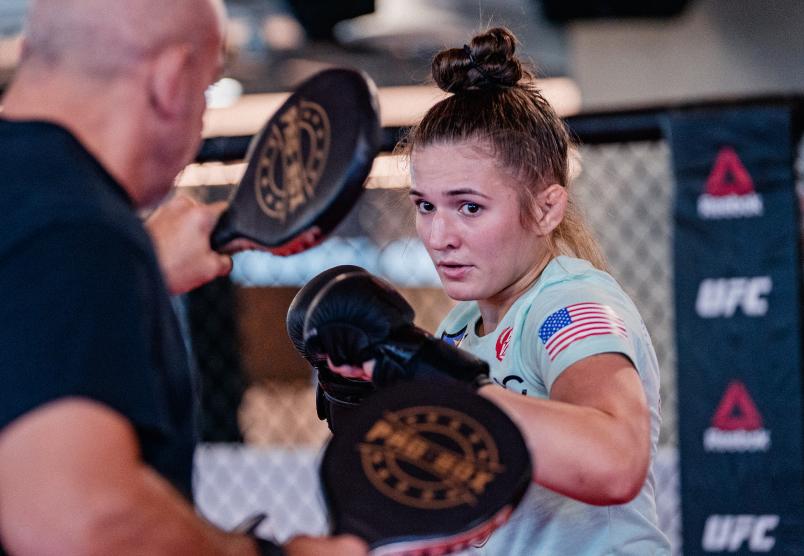 The opponent standing across from her on Saturday is another up-and-coming force in the flyweight division: Miranda Maverick. One year into her UFC career, Maverick has gone 2-1, most recently dropping a split decision to Maycee Barber in July. Maverick has shown the type of powerful and physical competitor she can be inside the Octagon. However, being physical isn’t the only thing you need to win.

“I think if it was a bodybuilding contest she would win, but it’s not, it’s fighting,” Blanchfield said. “This is a performance sport. I don’t think I look as strong as I am. I’m sure she is strong, but everybody is strong it is the UFC. You wouldn’t be here if you weren’t, but I don’t think she is going to be anything special.”

Blanchfield has been analyzing Maverick’s style and breaking her down since the two were competing in the Invicta FC promotion at the same time, which is why she feels that there is nothing Maverick can do to surprise her. 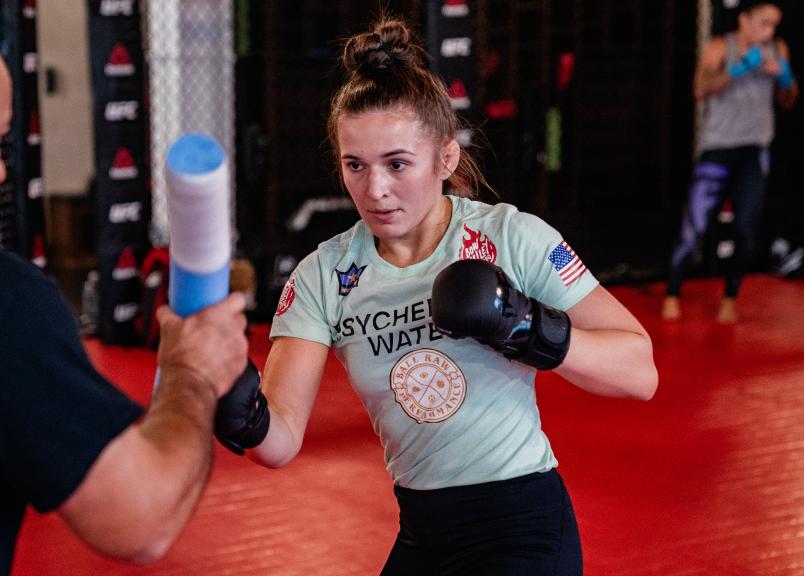 Neither fighter has been finished in their professional career and, of course, they are both going in there looking for the finish during each round.

“I think in some ways we are similar,” Blanchfield said. “We’re both more grapplers, but I feel like I’m a little bit more well-rounded. I think that my game flows a little bit better. I think I have a better output and cardio, so I think that I am going to outpace her in there, whether it is standing or on the ground.”

Heading into the bout this weekend at UFC 269, “Cold Blooded” believes she’ll be more focused and comfortable, allowing her to show off more of her skills.

A victory would end the year on a high note for Blanchfield and possibly propel her into the Top 15 heading into 2022.