Erik Perez: One Step Away from Home

"I don’t want any distractions thinking about another fight. I need to
win this and after this fight, I’d like to fight in Mexico." - Erik Perez 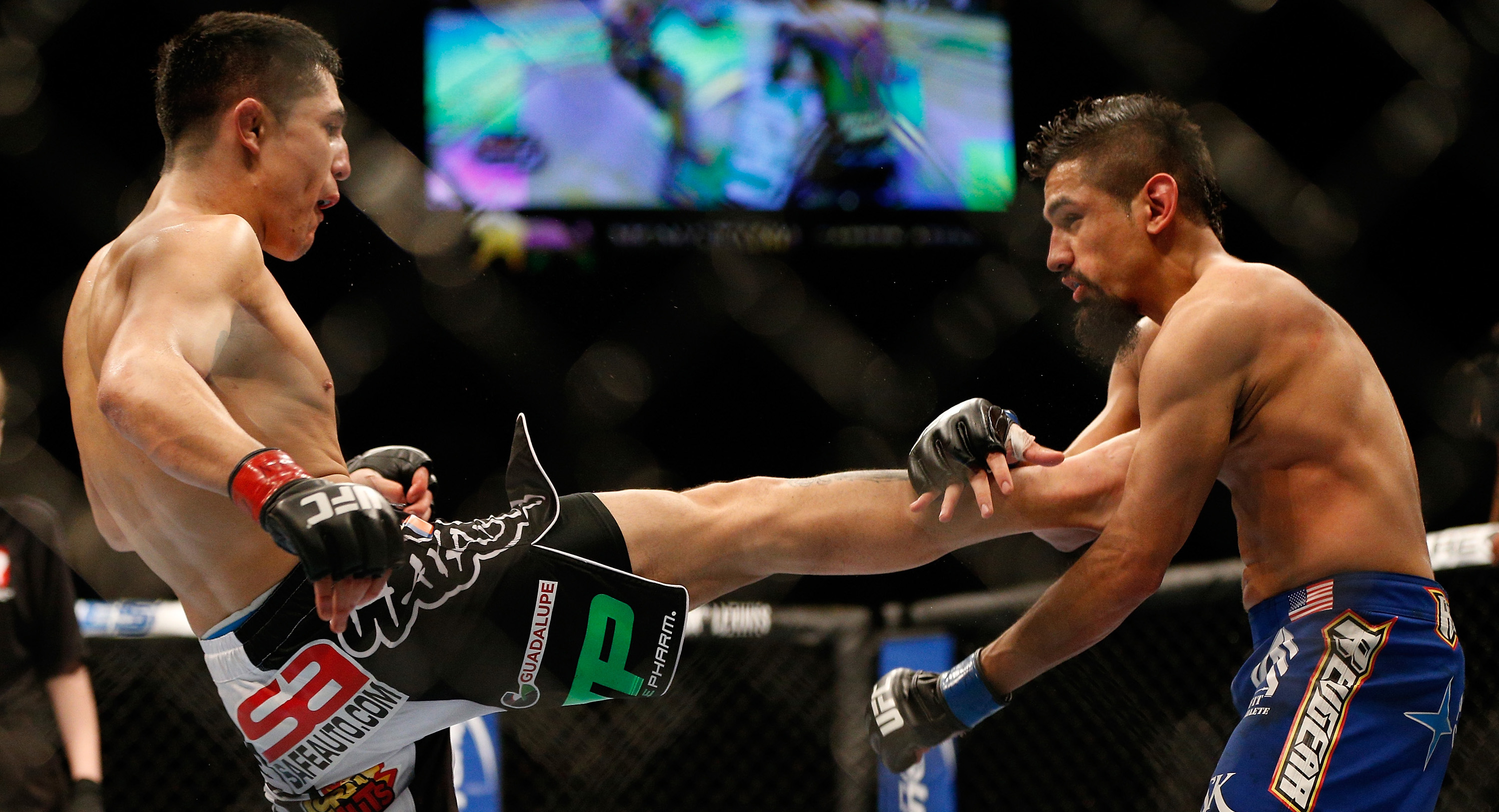 Erik Perez was like a lot of kids growing up in Monterrey, Mexico. He didn’t dream of being a doctor, lawyer, or soccer player. He wanted to fill stadiums and hear his countrymen scream his name like they did for “El Gran Campeon Mexicano.”

“Julio Cesar Chavez was one of my favorite fighters,” said the UFC bantamweight. “I wanted to be like him and like Erik Morales and (Ricardo) Finito Lopez. The best boxers in the world are the Mexican boxers.”

Perez may get his chance sooner rather than later. Yet even with the UFC heading to Mexico City for the first time in November, Perez is happy, but refusing to think about a spot on that card, especially with the dangerous Bryan Caraway his first order of business this Saturday in Albuquerque.

“Everybody keeps asking me about that, but I have to go step-by-step,” said Perez of the UFC’s maiden voyage to his home country. “I need to win this fight and all my concentration is on Bryan Caraway right now. I don’t want any distractions thinking about another fight. I need to win this and after this fight, I’d like to fight in Mexico.”

That’s as far as he’ll go with talks about his fall plans, only tossing in a quick note that it’s his 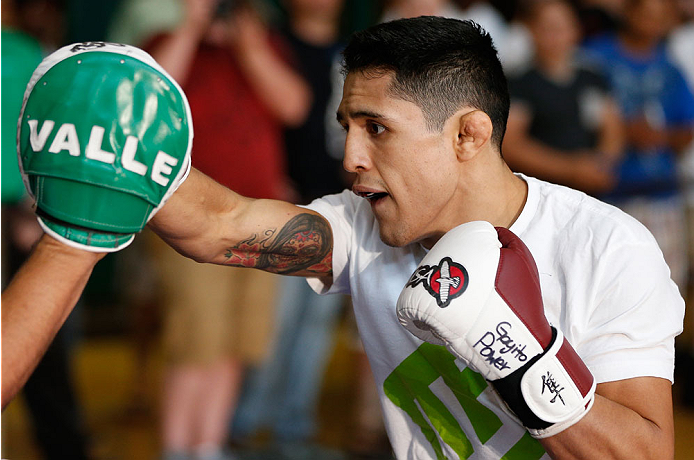 “big dream” to fight there, but you can tell that it means so much more than that to him.

When the 24-year-old came to live in the United States in 2008, he was a kid with nothing, taking a chance that the raw talent he had could be refined and made into something that would one day allow him to make a career for himself and a better life for his family. That’s a goal of all fighters. Not all fighters do it in a strange country with nothing in their wallet.

“It was very difficult,” said Perez. “You go to a new country, and you don’t know English at all, you left your family, you have no money, and you left everything just for one dream. But I worked hard and now I think the dream is coming true. I left a lot of things in Mexico, but I’ve won a lot of things here.”

One is the respect of his team and coaches at Jackson-Winkeljohn MMA, the other is the admiration of the fans who have made sure they’re in front of their television sets when “Goyito” is fighting. And after a less than stellar 5-4 start to his career, that talent is getting refined to the tune of a 4-1 UFC record that includes wins over John Albert, Ken Stone, and Edwin Figueroa, and a lone split decision loss to Takeya Mizugaki.

Not bad, not bad at all. And while his skill set is growing, when the going gets tough, he can always rely on his bloodline. 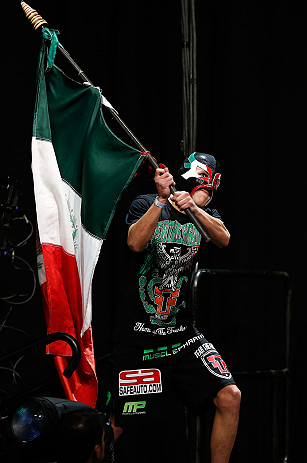 That mindset will keep Perez employed for a long, long time, but he doesn’t just want to have a job; he wants a bantamweight title belt, something he watched TJ Dillashaw pick up a couple weeks back against Renan Barao.

“I think Dillashaw fought awesome,” he said. “He did a great job, throwing combinations and everything. He’s a great champion and I want to be a great champion too, so I’m training really, really hard to become one.”

But first, there’s Caraway, an underrated foe who Perez has no intention of losing to, especially not in his adopted hometown of Albuquerque.