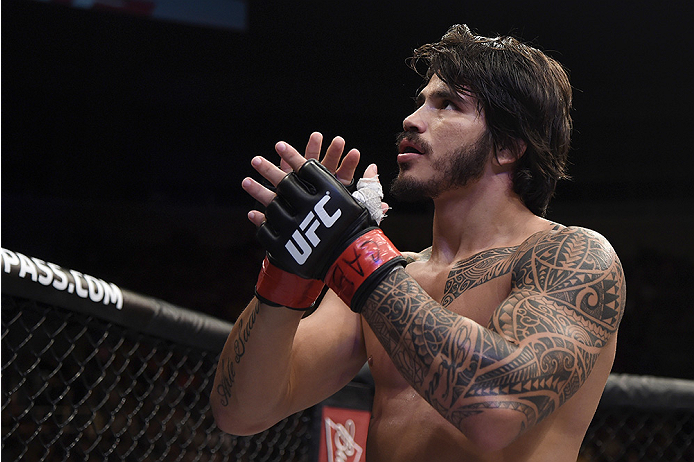 There are many contradictions that naturally occur when a fight goes live. Rising resistance is conquered in both the physical and mental plains as the focus locks in and the battle of wills begins and muscle memory and reflex reactions carry onward. The mind may and body may not readily agree with the conflict, but once the action begins something - or someone - else shines through to meet the challenge straight on.

Anyone who has ever watched Erick Silva compete inside the Octagon readily knows the fast-motion violence the Brazilian striker can produce and place accurately on his intended target. The 31-year-old standout is as hard-charging and dangerous as they come in the crowded welterweight ranks as each of his six victories under the UFC banner have come by way of knockout or submission. Silva simply has a different type of power - one he can generate in the blink of an eye to capitalize on the smallest of openings.

“I always try not to waste punches,” Silva said. “I always try to hit the place at the right time. This is more efficient than just putting power in punches. I work hard on my explosion and speed and I am confident with my power as well. That is what I always use in my fights. 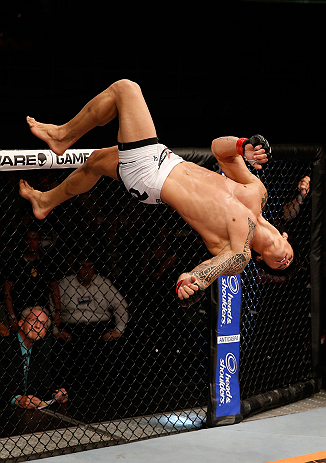 “I fight for me and my style pleases the audience. I always get into the Octagon seeking to give a show the fans will like.”

Yet, even despite the destruction Silva is capable of and the excitement he’s generated during his time on the sport’s biggest stage, there have also been stumbles during his attempt to climb the 170-pound ranks.

Nevertheless, as a student of the game, Silva sees every experience during his journey as an opportunity to learn. He knows he can stand toe-to-toe with anyone in the welterweight fold, but in order to ascend into the realm of elite talent, he will need to be proficient in every aspect of his game. Silva has worked tirelessly to push the additional elements of his skill set to become an all-around threat inside the Octagon, and back-to-back submission victories against tough competition is proof that work is paying off.

Silva knows he’s still giving fans a reason to love watching him compete, but he also sees the greater evolution of his personal progression as a mixed martial artist come to life.

“Nowadays, MMA fighters have to be complete and this is what I try to do,” Silva said. “I punch when I have to punch, kick when I have to kick and submit when I have to submit. There is no great secret to the approach in this game, but I believe a fighter has to respect all qualities of his opponent without underestimating his own qualities.

“I’m happy with what I’m conquering every day,” he added. “I’m evolving with each fight and I know I still have a lot to show.”

With Silva having found success in all but one of his four most recent outings, the once highly touted prospect has started 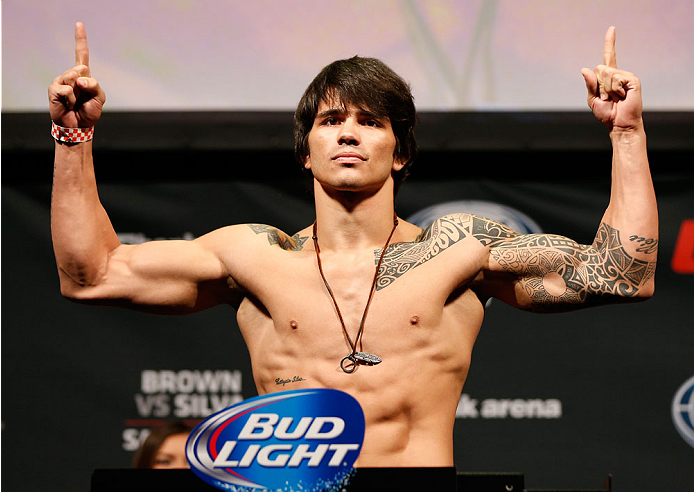 to shape into a potential title threat. He will need to continue building momentum in order for that transition to fully materialize, and do so in one of the most talent-rich divisions in the UFC. Silva has already faced a collection of the best talent his weight class has to offer, and those bouts have provided the Brazilian knockout artist with valuable experience that will fuel his future in the divisional ranks.

Every step taken will come with more pressure and higher stakes, and Silva is excited about his current position at 170 pounds. He knows the biggest fights and toughest challenges are waiting for him just around the corner, and Silva is excited to step up to face any test that comes his way. In his mind, it doesn’t matter who is standing across the Octagon because he’s going to face every talented fighter his division has to offer.

That’s why he didn’t bat an eye when his original opponent Rick Story fell out of their scheduled tilt at Fight Night: Holloway vs. Oliveira this Saturday in Saskatoon and was replaced by Neil Magny. The Colorado native broke into the top tier of the 170-pound collective on the strength of an impressive seven-fight winning streak, and although his run was recently stalled by perennial title threat Demian Maia at UFC 190, Magny is wasting zero time attempting to get things back on track.

When The Ultimate Fighter alum steps into the Octagon to face Silva in Saskatchewan, it will come just north of three weeks since his scrap with the Brazilian grappling phenom. And even though Silva can appreciate Magny’s hustle and desire to further his own quest to become a champion, he has no problem admitting a different approach to achieving his ultimate goal.

Silva believes his hard work and continued success will carry him to a world title in the welterweight ranks and he’s in no hurry to force or rush things in that regard. And 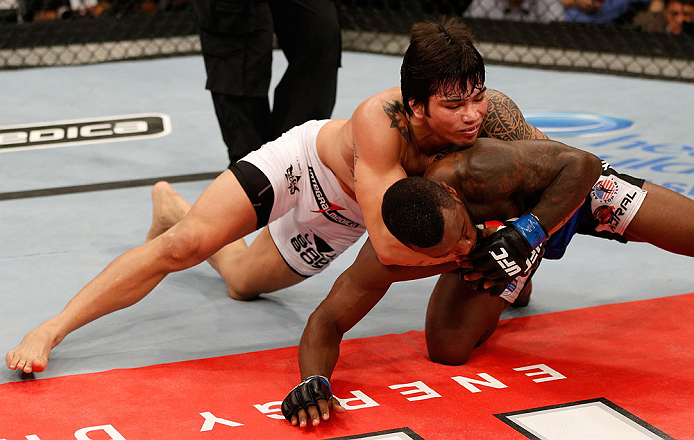 therein another contradiction is at work. His style inside the Octagon may be a frenzy of destruction once things go live, but his personal progress has brought him to a place where patience is the key to all things.

There is no doubt his aspirations and ambitions are attached to championship gold, but every step of the journey and every obstacle conquered will only make him that much stronger when that moment arrives.

“I always focus on my next fight,” Silva said. “I train and focus to improve every day. I want to evolve more in my division and I know I’m near that. I also know a win puts me closer to the top, but I will go calmly. My time will come.”