"I have something to prove. This is an opportunity that I have to show the UFC that I can be in the welterweight top 10." - Erick Silva 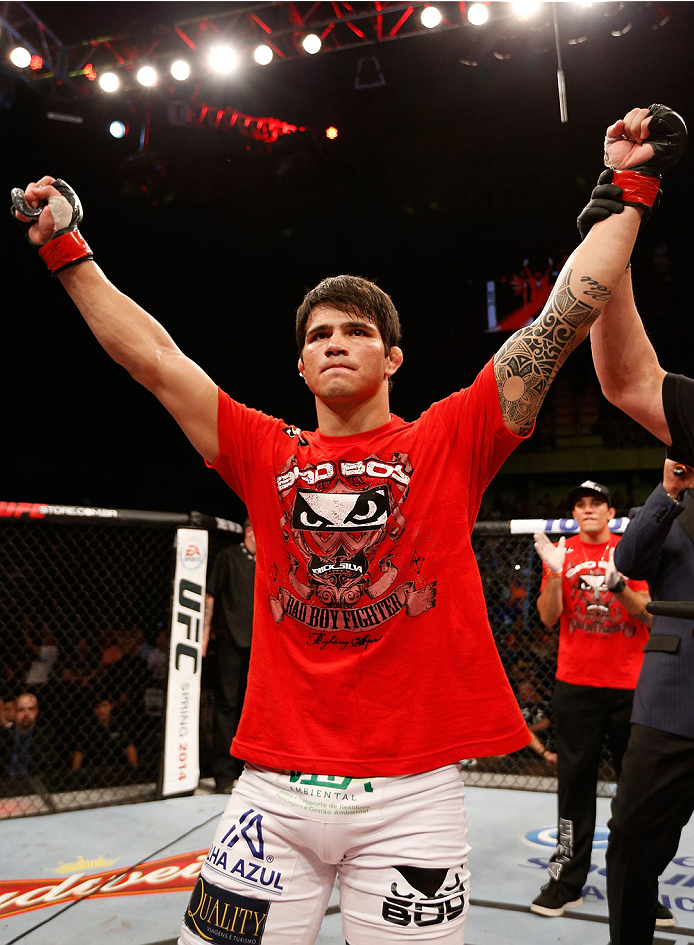 Erick Silva may be the Jekyll and Hyde of mixed martial arts. Through seven UFC fights, the Brazilian welterweight has looked like a world beater on some nights and a question mark on others, never stringing together two or more consecutive wins.

So nearly three years into his UFC career, how do you determine whether Silva moves forward in one of the sport’s toughest divisions? You give him MMA’s truth machine, Matt Brown, a fighter who will show you whether you are truly ready for prime time. Silva believes he already knows the answer to that question though.

“Brown is a tough guy, but I´ve fought tough guys in the past,” said Silva through translator Fernanda Caldas. “The good thing is that he is a stand-up striker, which is what I like, so it is the kind of fight that gets me enthusiastic.”

Enthusiastic isn’t the word you would expect to hear from anyone fighting “The Immortal,” but as he heads into Cincinnati for this Saturday’s UFC Fight Night main event, Silva is quietly confident, eager for his headlining gig in the Octagon and the opportunity to win two straight in the organization for the first time.

“I am a much more experienced fighter now than in my first fights,” he said. “I am more confident, and I’m training and working hard. We have a good plan and I am confident and composed. I have something to prove. This is an opportunity that I have to show the UFC that I can be in the welterweight top 10.”

So what’s been the issue with Silva’s consistency thus far? The 29-year-old's talent is obvious. Maybe it’s just his fighting style, one which has endeared him to fans, but has exasperated those same fans at the same time.

“When I enter the Octagon my aim is to walk away with the win,” he said. “I’m a fighter who always goes forward, looking for the knockout or the submission all the time, and during the fight when I see an opportunity to finish the fight, I don’t let it go. I’m an explosive and very aggressive fighter and these traits help me decide the fight.”

They’ve also cost him. His aggression got him disqualified against Carlo Prater in 2012 and it got him into a firefight with Dong Hyun Kim in 2013 that left him knocked out. And while feast or famine is great television, it’s not the recipe for a championship run. But with Silva now realizing what it takes to get to that next level, and with his admission that this time around he’s paid more attention to himself in training camp, this could be his time to shine.

“Matt Brown is a very good striker, he has good takedowns, and he is a complete fighter,” said Silva. “He is an excellent athlete, but I believe I have shown my composure as well. I have studied him a lot and I will do everything to cancel his characteristics and look to impose my fighting style.”

And one day, if Silva does end up reaching his potential we could say that on a spring night in Cincinnati, a Brazilian phenom grew up.