Eric Spicely didn't have much growing up. Now he's traveled to 15+ countries and makes a good living - all because of his dedication.
By Thomas Gerbasi, on Twitter: @TGerbasi • Mar. 31, 2020

As someone who has led – and continues to lead – quite the busy life, Eric Spicely doesn’t have too much time for reflection, but when he’s flying somewhere over the course of his duties as a UFC middleweight, he gets a few moments to think about where he’s been and where he’s going.

“I grew up very poor,” said the Stoughton, Massachusetts native. “I grew up with nothing, and I've traveled now to more countries than I can name, maybe 15-20 different countries, with the UFC and on my own, and I'm always reflective and thankful because I never imagined that my life would be like that. I never thought I'd even be able to afford a car growing up. Before I got signed to the UFC, I was making $20,000 a year working at Whole Foods, so it's a big trip for me and it's something that keeps me going. I'm very thankful and I love that I get to experience the life that I get to experience. Most of the people from my high school in my area, they're not doing well, and it's always a constant reminder that you can change your life and if you work hard at something, you can achieve what you want.”

Now living and training in Montreal with the renowned Tristar team, Spicely took a month off after his Fight of the Night bout with Deron Winn last June to backpack through Europe, and after returning to Canada, it was back to work to prepare for what would have been his eighth UFC bout against Roman Kopylov last weekend. That fight got postponed due to the COVID-19 situation, but if Spicely has proven anything in his 33 years on this Earth, it’s that he knows how to navigate a bump in the road.

There were plenty of them as he grew up, determined that his career path would be as a skateboarder, but having the foresight to know when that ambition was heading in the wrong direction.

“I'm a very self-aware person and I could see what was going on, and I was going down that path of a lot of my friends, which is why I stopped skateboarding and why I chose to focus my energy on something that was more positive,” he said. “It's very hard to do that, to separate yourself from your friend group, from your community, to focus on a bigger picture, and I did end up losing a lot of friends. I stopped having fun and I wasn't going out as much.” 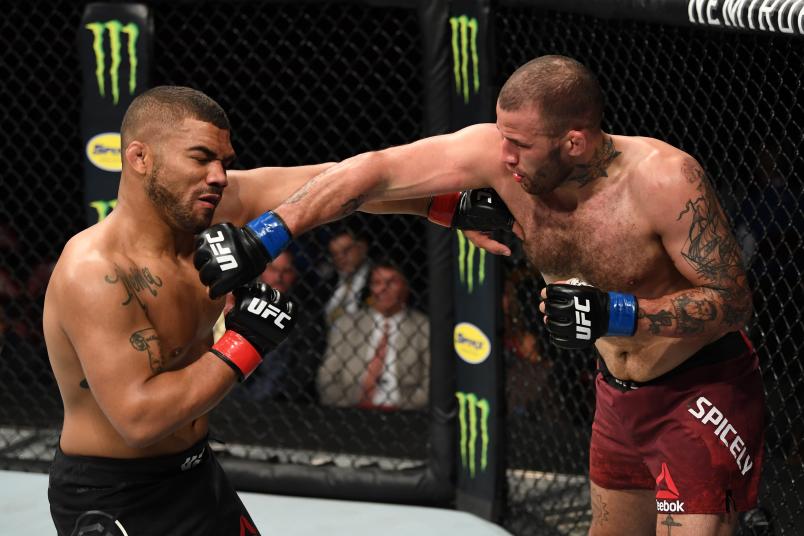 Jiu-Jitsu was that bigger picture, then mixed martial arts filled that space. Spicely was 23.

“I wasn't the most athletic guy growing up,” he said. “I didn't have a wrestling background, I started MMA at 23 years old and I primarily focused on jiu-jitsu before that. If you asked everybody at the gym when I was coming up, 'Who was the guy that's gonna make it to the UFC,' everyone would not have said me. (Laughs) But once I have an idea, I'm gonna run with it until I perfect it.”

And something an early boxing coach told him stuck in his brain.

“If you work hard for five years, the next ten years of your life might be easy.”

That’s all Spicely needed to continue, but after racing out to an 8-0 record on the regional circuit, the UFC wasn’t calling and he didn’t know if or when they were going to.

“I was working at Whole Foods,” he recalled. “I worked at four in the morning until one in the afternoon, took a nap, then trained all night. And the days when I was so tired I wanted to give up, I wondered, ‘Is this ever gonna work out?’ I had won eight fights and I still hadn't gotten signed by the UFC. And I think that's what happens to a lot of guys - they end up giving up because this job may never work out for you. You just might not be at the right place at the right time or know the right people. And guys give up, right when they're almost there.”

Then The Ultimate Fighter 23 showed up, and Spicely, a middleweight, was going to roll the dice at 205 pounds.

The bumps in the road weren’t over. Spicely lost his UFC debut to Sam Alvey and was on the verge of getting cut before a short-notice opportunity to face Thiago Santos in September 2016 showed up on his doorstep. Yeah, that Thiago Santos. 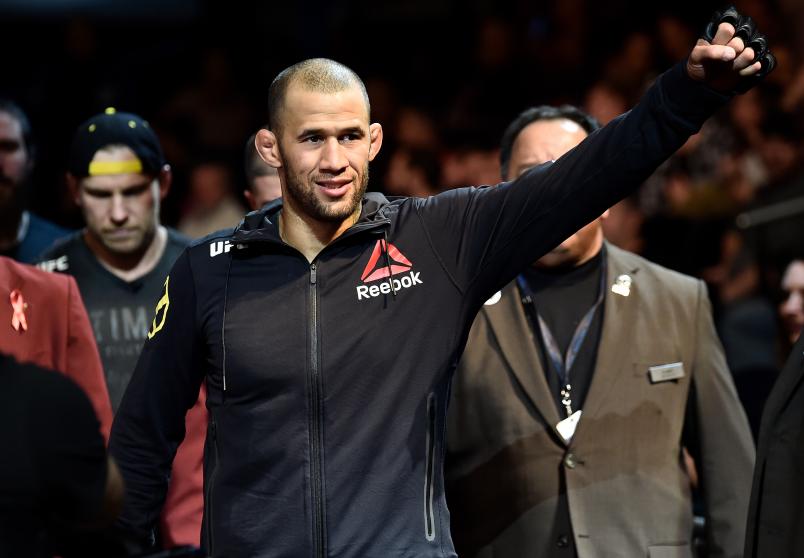 Spicely flew to Brazil, took the fight, and in less than three minutes he had his first UFC win and a Performance of the Night bonus. It was a career-altering win in more ways than one. On the positive side, it secured his spot on the roster. On the negative end, it dulled his edge.

“I think the problem is that I stopped getting nervous,” said Spicely, who went 1-3 in his next four Octagon bouts and was cut before two wins on the regional circuit brought him back to the UFC. “I almost rested on that laurel of 'Okay, I beat Thiago Santos and then I beat Alessio Di Chirico.' And honestly, I wasn't afraid anymore and I think that was something that was missing because as soon as I left the UFC and I was back on the regional scene, I felt those nerves again. I felt scared and I felt like I had all these doubts.”

Yes, yes, and yes. And that’s why he’s back in the big show. But admitting that he needs those nerves and those doubts is an honest answer from an honest fighter.

“If you look at all of these guys that are highly successful, Donald Cerrone is talking about how he's sick when he wants to go out and fight,” said Spicely. “And that's true and it's something that I lost and something that I had every fight leading up to the UFC, most of my UFC fights, and once I started becoming successful I kind of got away from that. Even in training, I think the worst thing you can do is think 'I'm gonna crush this guy,' So that's how I changed my outlook on things and I translated that to not just be nervous and not perform, but nervous and perform at my best.”

And once he gets that call to make the walk again, the goals are clear.

“Right now, I just need to get back on track and win,” said Spicely. “I'm 2-5 in the UFC, I haven't won a fight in the UFC since 2017, so my focus is only on winning the next one and building it from there. I know what I'm capable of, I know how I perform in the gym, and even my last fight on six days' notice, I was able to show what I'm really capable of. I want to keep my job and I do think I can make a run and do well with a lot of the top contenders in the division. But I don't like to look too far ahead because I will get distracted. I'm overly cautious about not taking it a hundred percent as serious as I can and I just want to do everything right because this is what I love, this is what sets my soul on fire, and I would love to continue to keep fighting and living the life that I live and entertaining fans.”