It’s hard to say who needs the victory more at UFC 214. After two and a half years waiting for the biggest rematch in mixed martial arts history, it stands to reason that Daniel Cormier – the loser in the first fight – needs to beat Jon Jones.

But for “Bones” – now seemingly rehabilitated and free from the torment that came with trying to be someone he wasn’t – a win against “DC” somehow may be just as important, if not more, for a man hoping to avoid another fall from grace.

“I really associate being light heavyweight champion as a part of my identity. In a weird way it’s almost a part of my self worth,” Jones said this week ahead of his anticipated attempt to reclaim his title Saturday night at Honda Center in Anaheim.

“Without it I just feel a big hole in my life. I really want it back because I can, and I’m capable of having it. In order for me to feel complete from things that have happened – and feel completely whole again – I think I need to get that belt back and move forward in my life. Do things better.”

Order UFC 214 Right Now Digitally, On Your Favorite Device, or by Satellite or Cable 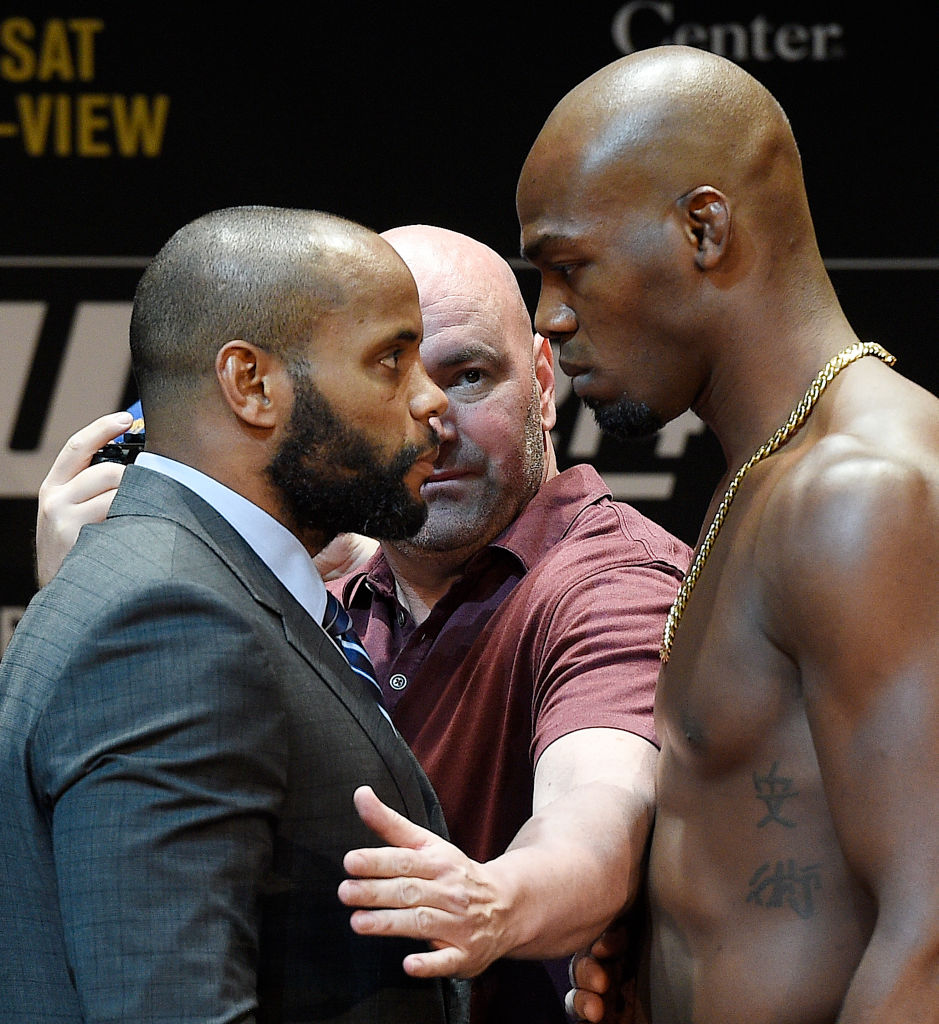 Behind Jones are a slew of mistakes, unfortunate circumstances that crippled his image and more than two years lost in the prime of a career many believe to be the greatest of all time – despite all of it.

For the ultra-competitive Cormier, a second loss to Jones, who has been cast by the former Olympic wrestler as the No. 1 supervillain in his heroic tale, would be debilitating. It’s not about the championship belt he would no longer wear around his waist. It would be the devastating blemish once again on an otherwise Hall of Famer resume.

“The legacy means a lot to me,” Cormier said. “All the other stuff, the bad blood – I’d like to win in that aspect too – but the most important aspect of this fight is that I win because I have to win the competition.”

Jones said the first fight with Cormier provided him with a blueprint that he has studied every day of his suspension in anticipation of another fight with DC, whom feels he had success in the first bout.

“I finally get my opportunity to fix that one loss on my record,” Cormier said. “We addressed the areas we struggled in last time. This time we will find sustained success over the course of 25 minutes.”

UFC commentator Dominick Cruz is one of the most brilliant MMA minds on the planet. He’s studied the matchup between Cormier and Jones and thinks “The King of the Grind” has to do more of what he did well in the first time to have success in the rematch.

“He has to have more output,” Cruz told BT Sports. “We saw him lose the later rounds and that’s the difference. I think that’s where Daniel gets the confidence now is he believes he has the cardio for those later championship rounds.”

Cardio is great but the challenge Jones presents with his size, skill set and experience pose the greatest test Cormier has ever faced.

“DC has two levels of offense that he has to get through to get to the inside pocket. He has to get past the elbows and knees of Jones after he gets past the hands and feet of Jones,” Cruz said. “So he either needs to stay inside that pocket and keep pushing Jones back on his heels, or Jones is gonna create the space that he needs and just pick him apart from the outside like he did last time.”

Cormier said that he’ll dominate the rematch, but accepts Jones will have his moments because of his abilities. Jones is happy to be back where he knows he is meant to be competing for the belt he longs to regain. On fight night, he’s striving to beat Cormier even more convincingly than last time.

“I’m going to finish him this time. The first time fighting him he was undefeated. I had these questions,” Jones said. “I’m going to go out there and put a pace on him that he’s not going to be able to keep up with. I believe that I’ll finish the fight ultimately by TKO or submission.”