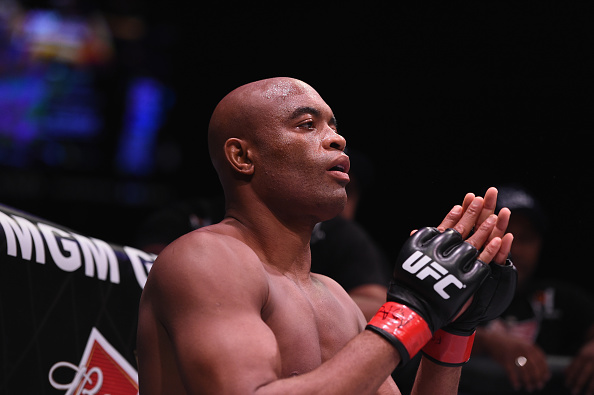 On Saturday, UFC is staging a monumental Fight Night in London, headlined by the UK’s longest-serving UFC athlete, Michael “The Count” Bisping and the former middleweight champion, Anderson “The Spider” Silva.

This event is huge for so many reasons: It’s a former champion against a Top 10 contender; for some, it’s the greatest fighter of all time versus one of the most polarizing and successful UFC fighters; it’s an exclusive UFC Fight Pass broadcast and it’s happening in London.

Behind these obvious headlines for UFC Fight Night London, it is the last of the above list that is super interesting and one that will resonate with long-time mixed martial arts fans.

Back in 2004, a Brazilian Muay Thai stylist who had fought under the world famous lights in the PRIDE organization made his Cage Rage and London debut against UFC veteran and top British middleweight, “Lightning” Lee Murray. There was a fiery build up to the contest and come the opening bell, there was not a single fight fan sitting for the duration of the encounter. Battling not only a tough adversary, but also a hostile crowd, Silva’s superior striking earned him the win and the vacant Cage Rage belt.
Two months earlier, on the very same canvas in London, a 2-0 professional fighter from Clitheroe, England named Michael Bisping challenged nine-fight veteran Mark “The Beast” Epstein for the vacant Cage Rage light heavyweight title. Inside of two rounds, Bisping finished the fight with punches and knees, capturing his first professional title.
He returned to the capital city and defended the belt four months later in a more emphatic style, which would further propel his career.

Meanwhile, Silva had to wait until the following spring before he traveled back to London to solidify his standing as the Cage Rage middleweight champion by finishing another UFC veteran, Jorge Rivera. By this time, the UK fans were coming around to Silva, in no small part to his slick striking and fight-finishing ability.

A few months passed and Silva KO’d yet another UFC veteran in London. But it was in April 2006, once again in London, that Silva created one of the most spectacular knockouts in the sport’s history. He planted an upward elbow to the chin of Miletich fighter, Tony Fryklund.

It was right there in the shadow of Big Ben and the Tower of London that Anderson Silva effectively sealed his deal with the UFC. Confident, creative and concussive, Silva left London and within six months had fought his way to become the UFC middleweight champion.

All the while the Cage Rage middleweight champion was dispatching top level opponents, England’s Bisping was locked away with
15 other fighting hopefuls aiming to secure a lucrative contract with the UFC via the reality series, “The Ultimate Fighter.” Just four days before Silva would make his UFC debut, Bisping TKO’d Josh Haynes to earn himself the title of TUF winner, a handsome check and a contract with the UFC.

Despite the 20 pounds difference of weight, Silva and Bisping have trod similar paths, at similar times in similar places. Not the least, London. As their respective careers developed, a narrative began to unfold. Silva would become the seemingly unstoppable champion with a huge target on his back, while Bisping would be the great British hope that hadn’t quite gotten to challenge for the middleweight title … yet. 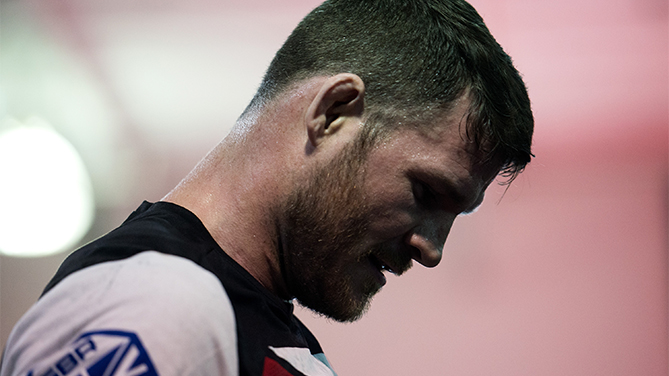 Bisping has never been defeated in the UK. He further reinforced his supremacy on UK shores last summer with a win over former UFC middleweight title challenger, Thales Leites.

Like Bisping, Silva has never been defeated in the UK. He hasn’t fought in London for 10 years, but now he returns to the city that helped him build his experience and his enviable show reel into a record-breaking UFC champion.

The question that remains: Which fighter returns to the territory that provided some much success for his early career and will keep that unblemished record?

John Gooden is a UK-based presenter, commentator and writer for the UFC and UFC.com. Follow him on Twitter at @JohnGoodenUK