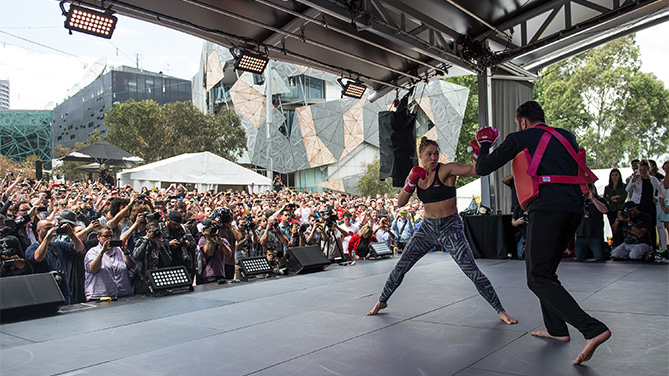 At some point, Ronda Rousey may no longer feel an overpowering rush of emotion as she’s celebrated by assemblages of adoring fans. She might not be driven to tears of gratitude and joy, of appreciation and wonderment for how her athletic efforts and accomplishments impact others.

This week -- the threshold of UFC 193 and its expected record-setting crowd at Etihad Stadium for Rousey’s UFC bantamweight title defense against undefeated Holly Holm -- is not that time.

On a sun-splashed afternoon at Melbourne, Australia’s beautiful downtown Federation Square, Rousey showcased her lightning-quick skills before a massive crowd at the UFC 193 Open Workout sessions.

As she furiously skipped rope onstage, fans responded by screaming their approval, and Rousey’s tough game face ultimately surrendered to her heart.

She burst into a broad smile, and tears of pure bliss welled in her eyes.

“There is so much positivity and support … sometimes, I’m like ‘Man, I really hope I deserve this! I mean, I’m trying my best to deserve it, I really, really am, but sometimes, you just get wrapped up in how amazing all of this is,” Rousey said breathlessly. “You get so focused on the fight and it causes so much stress and anxiety in you, and you can lose sight of how amazing it is sometimes.

“This fight has really been an opportunity to see that.”

And to reflect, on a journey of achievement well worth the sacrifices. During a respite from the pre-fight hype earlier this week, Rousey recalled sitting on the Tatami mats used for training, and feeling an overwhelming connection to her years of hard work as a young judoka and eventual Olympian.

“I was looking at the little ridges in the Tatami, and thought of all those nights I slept on Tatami when I was a kid, or when I was tired and my face was imprinted with the little patterns. And I just started crying,” she explained with a laugh. “I was like, ‘I love these mats!’

“That’s why I want to win. That’s why I’m better than all these girls. You think Holly Holm ever looks at a boxing ring and cries because she loves it so much? No! That’s why I have these moments.’’

Rousey gestured to the mass of fans waiting for her, waving and smiling at them.

“Everyone here is cheering my name, and I’m like, ‘Who are you people, and why do you like me?’’’ she said, bursting into laughter as her eyes welled up again. “It’s overwhelming sometimes. But I’m trying my best to appreciate it.

“I’m going to show my appreciation for them by winning in the most fantastic way possible, making them so happy that they were there to see it.”

Ten years ago, Rousey admitted, she never could have imagined such a stage and an opportunity so astonishing and grand.

“No. Ten years ago, I was pissed off that there wasn’t that,” Rousey said flatly. “I was still at that point where I didn’t think there was anything that I could do about it.

“I used to think, ‘Why is judo so unpopular in the U.S.? It’s so cool! Why is there fishing on TV and people are sitting and watching someone catch a fish, and no one cares about judo. I felt like it was so unfair that what I did and what I was so good at was so unappreciated.

“This,” she said, waving at the crowd, “is proof that all of that has changed!”

UFC 193, which will mark Rousey’s seventh defense of her bantamweight title, also features strawweight champion Joanna Jedrzejczyk (4-0 UFC) defending her belt against Canada’s Valerie Letourneau (3-0 UFC). The event itself will make history as the UFC’s debut in the Australian state of Victoria.

For those new to the sport, Rousey offered context about why MMA is so compelling to watch and appreciate.

“Fighting is something human. It’s not something wrong. It’s an instinct inside of all of us,” Rousey explained. “It’s not just for old, or young, or men or women. Every single one of us has an instinct to fight. To suppress that is unsafe.

“We all need to embrace a safe, controlled environment where people can see that it’s not something that you should be ashamed of, but something you should channel in the right way. And I think UFC is that way.” 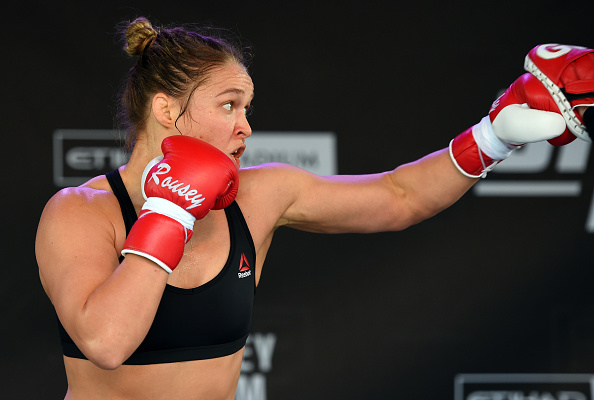 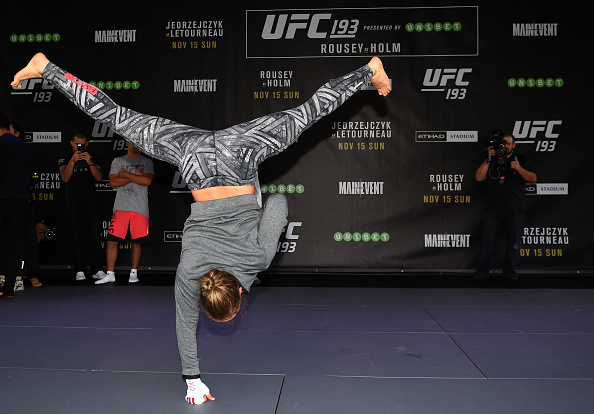 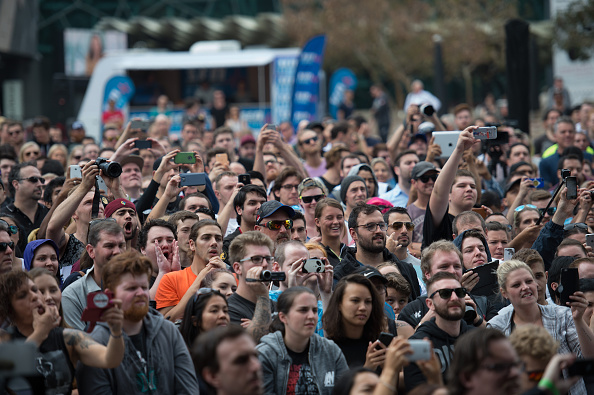 A sense of empowerment coursed through Rousey’s veins, a feeling made even stronger by the Open Workout visit of celebrated jockey Michelle Payne, whose historic winning ride aboard 100-1 underdog gelding Prince of Penzance captured the 2015 Melbourne Cup earlier this month. Payne is the first female jockey to win the cup in its 155-year history.

“She’s been amazing! She really set the tone, right when we landed,” Rousey said of Payne, whose historic victory took place on Nov. 3, the day the women’s champ arrived in Melbourne. “She made history for women in Melbourne, I mean … it was such an honor to meet her.

“She said she’s coming to the fight, so I’m really, really excited to meet her. If it was reversed, I would have gone to see her perform. Next time, I’ll have to come watch her.”

With such an enthusiastic welcome in her first-ever athletic competition, professional or amateur, in Australia, Rousey has been embracing her role as trailblazer, headliner and ambassador for MMA and UFC.

One of the largest crowds in UFC history is expected at Etihad Stadium, and Rousey said she feels a sense of obligation to provide a spectacular performance.

“I’ve done everything I can to (to promote), so all that’s left for me to do is win,” she said, “and in the end, make everybody that’s coming happy, and (for them) to tell everybody that didn’t come that they really missed out.

“That’s all I can do – put on the most exciting, fantastic performance that they could see.”