Emily Ducote Is Enjoying The Wave

Newsflash…Emily Ducote didn’t fall out of the sky and into the Octagon in July, when she defeated former world title challenger Jessica Penne by unanimous decision.

Some may have thought that was the case when the UFC newcomer debuted against the veteran standout, as evidenced by the “overnight success” tag, but Ducote paid her dues long before making that walk in New York.

“It's been a while,” Ducote laughs. “It's interesting, because if you've been following my career, which some people are, and some people haven't, there was the beginning with Bellator, where I had ups and downs there. Then some people joined in when I was in Invicta and got a couple finishes. And then obviously when you hit the UFC, there's some people that join in there.”

The new passengers on the Ducote bandwagon are eagerly waiting to see what the 28-year-old will do for an encore this weekend against Penne’s friend and longtime training partner Angela Hill, and when you hear Ducote discuss the strengths of “Overkill” and what her own gameplan is, get ready for fireworks.

“To me, she is just so comfortable in there, and that's why she's always in these really fast-paced, high-volume fights because she's in there throwing, and it's just non-stop action,” said Ducote of Hill. “For me, I don't necessarily need to change anything, and something I wanted to do anyway after my debut is just pick up my pace and my volume. So this fight really fits into that.” 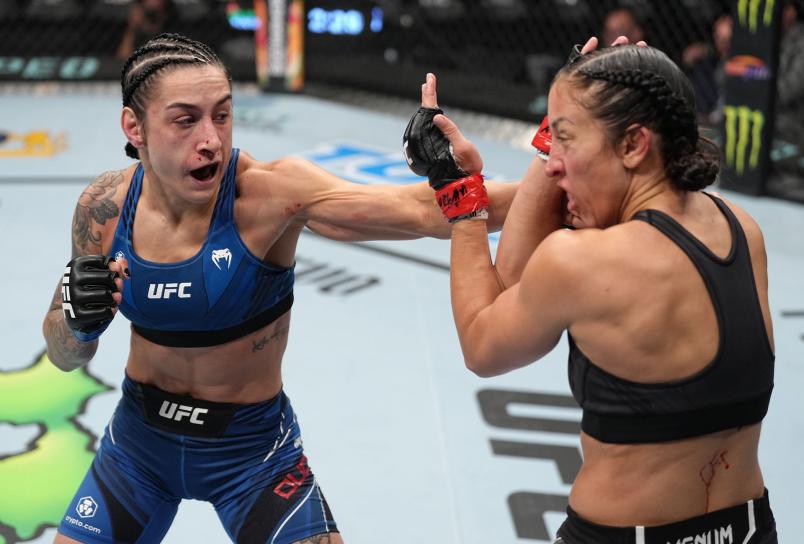 If you weren’t already excited for a showdown between two former Invicta FC strawweight champs, you probably are now, even if this won’t be five rounds for that promotion’s unofficial 115-pound G.O.A.T. crown. What it is, though, is the next chapter in a career in which Ducote continues to raise the bar for herself in terms of facing the best available competition. See, every fighter says they want to do that; Ducote has the record to prove it.

“That's kind of been the story of my career,” said the Oklahoma product, who debuted against UFC vet Emily Whitmire in 2015 and never looked back. “I don't want easy fights. That's not why I'm here, that's not my goal. I don't want a 10-0 padded record. What I want is to fight the very best, and to do that, you need to have the challenge so that you have the necessary skills to fight the very best. A lot of people are technically skilled, but if you've never been challenged, then you don't really have a full confidence in yourself to know that you've been everywhere with high-level athletes to know that you can handle yourself. I fought a lot of people on my way to the UFC and that gave me the confidence to know that I was on that high-level, so when I got in there with Penne in my debut, I wasn't questioning if I deserved to be there. I knew that I should be there and that I was capable of being on that level with those athletes.”

That confidence was evident against Penne, as Ducote fought like she had been on the UFC roster for years. First-time jitters? Not for “Gordinha,” who embraced the whole fight week experience like an old pro.

“It was everything that I thought it was,” she said. “The UFC's obviously the biggest show, the most organized, well-run, and that was very clear the whole fight week and during the event, so I wasn't surprised by any of that.” 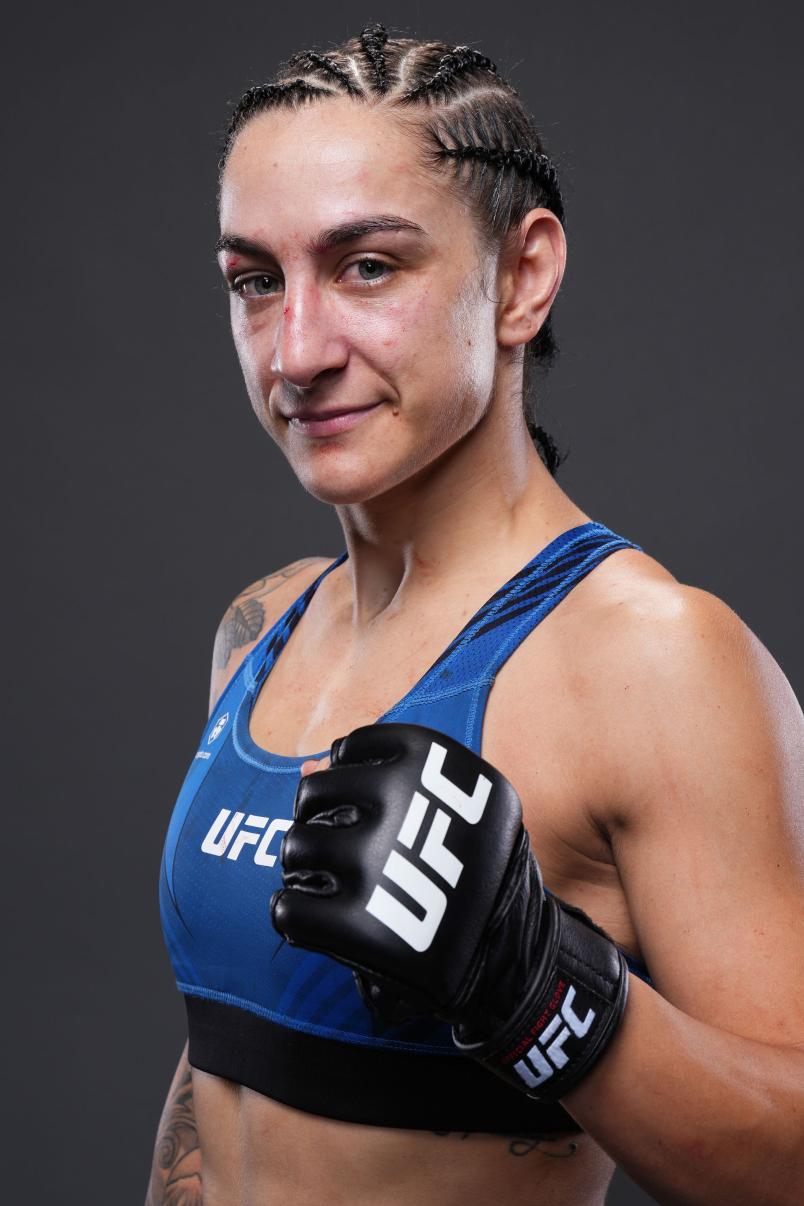 Emily Ducote poses for a portrait after her victory during the UFC Fight Night event at UBS Arena on July 16, 2022 in Elmont, New York. (Photo by Mike Roach/Zuffa LLC)

That’s got to feel good, knowing that you only have to worry about making weight and the fight. It sounds like a little thing, but it goes a long way.

“It's nice,” Ducote said. “I don't like to worry about anything else. I'm very zoned-in that week, so anything that doesn't relate to the fight, I'm not worried about. So, you just fly in, cut your weight, get your pictures, and show up to fight.”

And in Ducote’s case, win. The Penne victory made it four straight, and already landed her in the 115-pound rankings at number 13. If she beats the number 12-ranked Hill, she’s likely to keep moving north. That’s a good way to end the year, in a place she occasionally wondered if she would ever make it to.

“There was a little bit of that, just because, at some point, I don't control who gets signed and who doesn't, so I was just like, you know what, I feel like with the fights that I was having and the people that I was beating, I definitely deserved to be there, but I'm not in control of that, so I was just trying to stay as active as possible, keep improving, and hope that I get my opportunity that I feel like I deserved, and I did,” she said. “It all worked out, I got it and I had a fantastic debut. I needed all those fights before the UFC, and I got all that experience and all those lessons, and I think that's why I am the fighter I am today. From all those hard lessons and hard fights and everything like that. I got signed when I needed to get signed.”

Not bad for an “overnight success.”

“It's all in a wave,” Ducote laughs. “When you win, you get a wave, and when you lose, you're on the low end of the wave and you don't get attention. I appreciate the fans, but they go with who's winning and who just fought and who just beat somebody. I understand the game a little bit better than some other people just because I've been fighting for a while. It's all in waves.”