Marina Rodriguez An Embodiment Of Focus

Elite Strawweight Edges Toward Title Contention When She Meets Yan Xiaonan At UFC 272
By Steve Latrell, on Twitter: @TheUFSteve • Mar. 3, 2022

It was August 11, 2018, when Marina Rodriguez punched her ticket to the UFC on the Brazilian edition of Dana White’s Contender Series. Although she’s approaching her fourth anniversary of the big show, it still sometimes feels like she just fell out of the clear blue sky.

Part of that feeling stems from her pure disruption of the strawweight division’s pecking order; a relatively exclusive club that historically hasn’t experienced much upheaval. If critics were able to ignore her initial march towards the top, her most recent three-fight run that toppled Amanda Ribas, Michelle Waterson and Mackenzie Dern made it impossible to ignore her any longer. 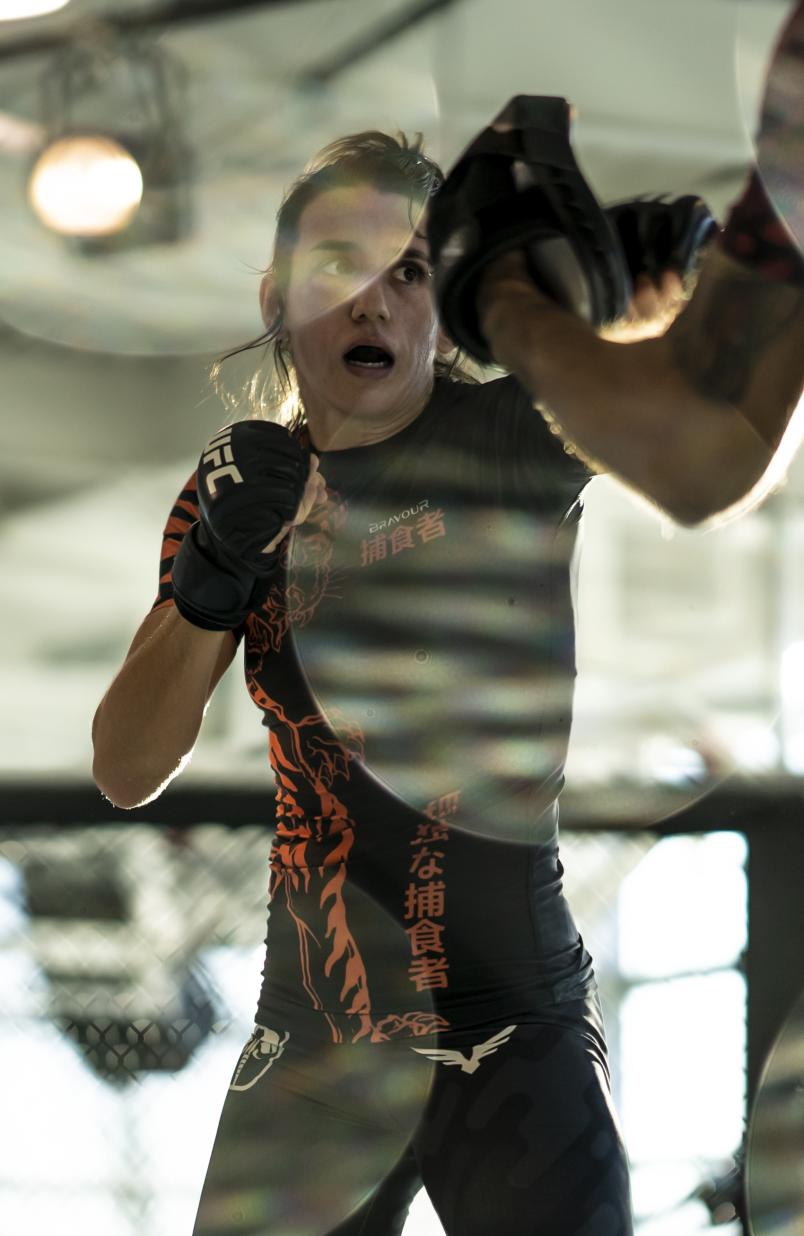 “I believe that I have evolved in everything,” she says of her recent success. “Both on the ground and striking, I've evolved a lot and today I feel very confident as an athlete. Being in the top three, I feel ready for great challenges.”

The catalyst for that stellar run was her only career loss in 16 fights vs Carla Esparza in July 2020. It stung, and going a dozen fights without tasting defeat didn’t make it easier. But Rodriguez is heartened by the fact that the loss is to the likely next challenger for the strawweight title and propelled by the prospect that she can perhaps take the title for herself if she gets the chance to avenge that loss.

Sounds simple in theory, but of course there’s a challenge in the form of Yan Xiaonan standing across from her on the prelims at UFC 272: Covington vs Masvidal. The Chinese standout has followed an arc similar to that of Rodriguez, putting together an undeniable six-fight win streak before suffering her only UFC loss…to Carla Esparza. As such, both women have “Cookie Monster” in their sights, and both know what they must do to get that opportunity. That determination, coupled with a similarity in thrilling standup styles makes this a matchup fans need to circle on their fight cards Saturday night.

“Certainly,” agrees Rodriguez. “We're two strikers, and if she really wants to stand with me, I'm sure it could be considered the Fight or Performance of the Night. I think she will come with a lot of desire to win, and that's important to me, because my style matches even better when the opponent is looking for a fight.”

Yan is looking for precisely that. Some have referred to the bout as a possible title eliminator and, to that end, Rodriguez has been putting in the work. 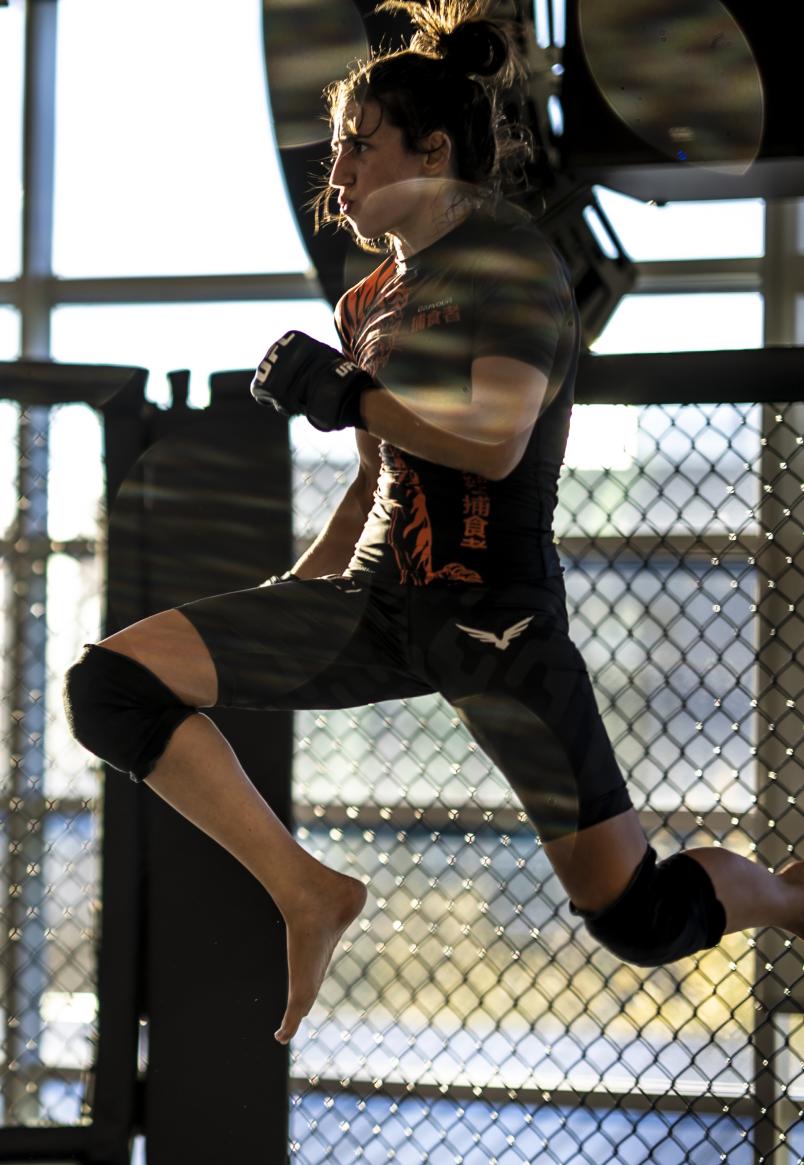 “I had an excellent camp of more than three months...my basic camp lasts three months. When I can do more, it's better. I believe this gives me more confidence in my abilities, and I'll be able to show that in the fight. I certainly feel more motivated to deliver a standout, more aggressive fight, and to come out with a convincing victory and then have a chance for the belt.”

Few fighters wear their focus and determination on their faces more obviously, more plainly than Rodriguez. Her steely stare will burn holes right through you, and you could point to her during fight week to explain to someone what it means to be “in the zone.” As she sits here just hours away from showtime, it’s clear she’s already in that place. The fact that she’ll be fighting in front of a full house at T-Mobile Arena Saturday as opposed to the pandemic confines of the UFC APEX registers with her as a welcome, but ultimately unimportant, detail.

“It's nice to know that the fans will be close by and able to watch my fight. But I'm very focused, my mind is shielded. I can't be distracted by these things. Regardless of the place, I will always be focused to seek victory.”

She’ll allow the laughs and smiles when the job gets done, if only for a minute. For now, it’s all business. It’s a cerebral approach that historically has served her well.