On Saturday night, Jake Ellenberger’s 18-year pro MMA career came to an end, as “The Juggernaut” announced his retirement in his home state of Nebraska after a loss to Bryan Barberena. Needless to say, after 21 UFC bouts, Ellenberger had plenty of highlights, and here are five of them.

After going 21-4 on the regional circuit, Ellenberger made his Octagon debut in 2009, losing a hard-fought split decision to Carlos Condit. Undeterred, Ellenberger won his next four bouts, stopping Mike Pyle, John Howard and Sean Pierson along the way. But it was his headlining win over Jake Shields in September 2011 that really sent a jolt through the UFC welterweight division. Shields was only five months removed from his five-round title fight against Georges St-Pierre, but it only took Ellenberger 53 seconds to dispatch the grappling master.

Ellenberger picked up his sixth straight UFC victory in his hometown of Omaha in February 2012, and while that was a notable enough occurrence, he also nabbed Fight of the Night honors in a bout that was a no-brainer for such an award considering he was facing Diego Sanchez. It was a close back and forth battle for 15 minutes, but Ellenberger did enough to earn the decision by three scores of 29-28. 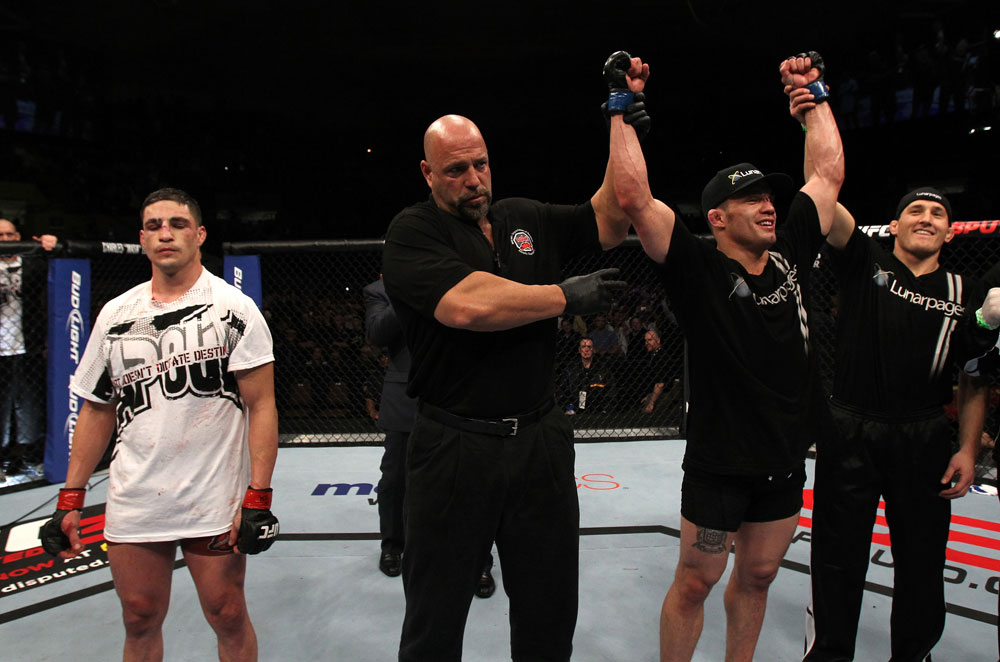 Returning to the UFC after a two-fight stint in Strikeforce in which he knocked out Tyron Woodley and lost a decision to Tarec Saffiedine, Nate Marquardt was a former middleweight making noise at welterweight. But Ellenberger did not wheel out the welcome wagon, as he hurt Marquardt and refused to let him off the hook, pouring on the punishment until the fight was stopped at three minutes of the first round.

Ellenberger started his UFC career off at 8-2, but then the Nebraskan hit a three-fight skid in 2013-14. Yes, those losses were to Rory MacDonald, Robbie Lawler and Kelvin Gastelum, but three defeats are three defeats, so Ellenberger needed a win heading into his UFC 184 bout against Josh Koscheck. And with so much on the line, Ellenberger delivered, even showing off his ground game as he submitted Koscheck in the second round. 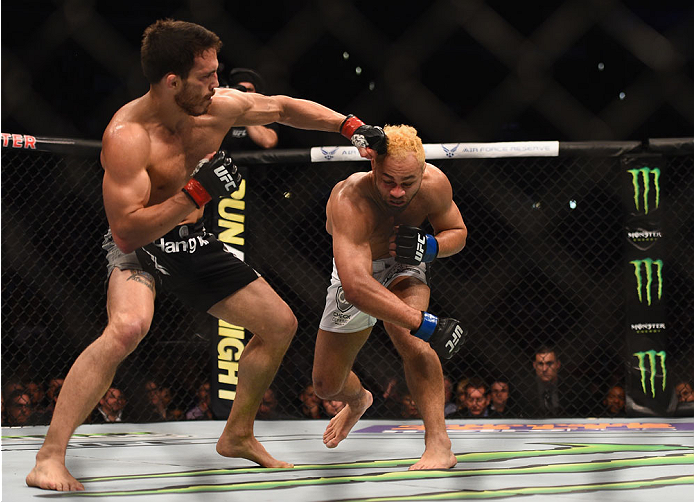 Like Ellenberger-Sanchez, Ellenberger vs Matt Brown at UFC 201 in July 2016 was also expected to be a memorable war. But “The Juggernaut” had other ideas, and in what ended up being the last victory of his career, Ellenberger made short work of “The Immortal,” winning a Performance of the Night bonus for a first-round TKO that took less than two minutes.