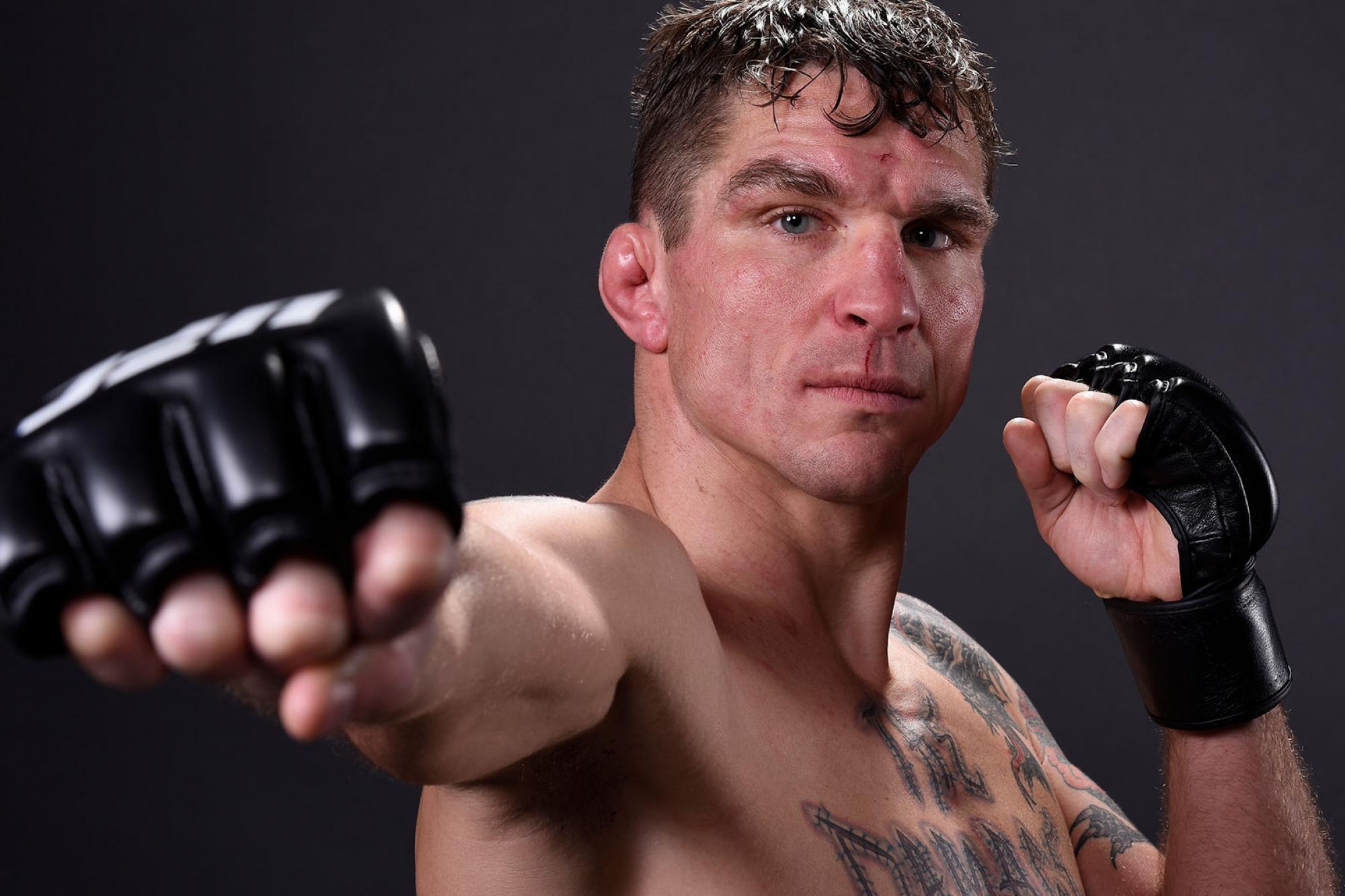 Twenty-five years after the UFC began in Denver, it’s interesting to wonder how a fighter like Darren Elkins would have fared in an era with no rounds, no time limits and few rules.

“That’s perfect,” Elkins laughs. “If it’s a fight to the end, I’m gonna win those fights. Give me a fight that goes until somebody quits, I’m gonna be the guy that’s not gonna quit.”

A lot of people brag, knowing that what they’re talking about will never come to fruition, so it’s a safe thing to flap your gums. But with Elkins, even though he will never fight in such a match, is the one guy you believe when it comes to his mindset and never say die attitude.

He’s proven it on the sport’s biggest stage. Comeback victories, a tenacious attack and the reality that once and opponent hits him and draws blood, he fights harder. In the process, he’s become a fan favorite as he approaches his Saturday meeting with Ricardo Lamas, and that’s a welcome fringe benefit of being one of the top featherweights in the world.

“Since coming out to Team Alpha Male, I’ve changed my game up a little bit and I’ve definitely become more of an exciting fighter,” he said. “The big thing is all it takes is a moment and I can change the fight. A certain situation or they make a mistake or they let me grab a hold of them, it’s a game changer. I’m staying focused and that’s one of the things I’ve really been working on – being mentally strong in there. I might be losing the first minute or couple minutes, but as long as I stay focused, I can capitalize on an opportunity and change the whole fight and swing it my way. And that’s awesome. This is gonna be my 20th UFC fight and in the last few fights I’ve really gained a lot of fans and a lot of respect from a lot of people.”

That respect has been a long time coming for the 34-year-old. Elkins always had it from his peers, but getting the fans on board has been a longer climb. And while he’s happy that they’re here now, his motivation comes from a far different source.

“Coming up, I had a speech problem really bad and I got bullied a lot, so I had to deal with a lot of that,” he said. “And I had a learning disability in the beginning of my life so I was behind with that and it was always about proving everybody wrong. I’m not gonna quit. When most people would be like, ‘Aw, I’m done,’ I would just work harder. I’ve overcome a lot in my life, a lot of situations, and I don’t care what anybody says, I can do this. And I had to work hard for it. There have been struggles in my life and I was born at the bottom and I always worked my way up and I never cared what anybody thought about it.”

But now he’s here. In a co-main event in Argentina. With a 6-1 mark in his last seven bouts. In the top 15 at 145 pounds. Settled in his new home in Sacramento with his family. In short, Elkins has made it. No one is doubting him now. There are no battles to be fought against detractors, only against opponents. So how does he avoid getting comfortable?

“I always just try to remember where I came from,” he said. “This can always change, so I don’t want to be so comfortable. I know everything’s going great and I love my life, but I don’t want to forget where I came from and how I got here. I got here through hard work and not being comfortable, so I never let myself get really comfortable. I always want more and I can always do better. I like the fame, I like the money, but the competition of me against another guy, going in there and seeing who’s better, who’s tougher and who has the biggest heart, that’s what motivates me every fight. I just love to go out there and prove people wrong and show what I’m really made of. And I always keep that in my mind.”

So he won’t need a text in January with a screenshot of the Indiana weather he grew up in to keep him hungry?

“I paid my dues,” Elkins laughs. “I used to work as a pipefitter in -20 wind chill weather for 10 to 12 hours a day. You warm up for a few hours and get back out there. And I worked when it was 120 degrees with the heat index. I’m durable and I can endure. Mental toughness? They don’t come tougher than me. Maybe more athletic, maybe faster, but not more mentally tough than me.”

Sounds like Lamas is in for a fight this weekend. Elkins expects nothing less.

“I know he’s a tough fighter and I’ve watched a lot of his fights,” he said of “The Bully.” “He’s a pressure fighter, he likes to be in people’s face, I like doing the same thing and those are the fights I do the greatest in. The guys that dance around and make me chase them and have great athletic ability, it’s a little bit harder for me. But if it’s a guy that is gonna pressure me and we’re gonna get dirty and get in there and grind, that’s the kind of fight I do great in.”