Edwards still hungry as ever

Life outside the UFC hasn’t been easy for Justin Edwards. Too good for most fighters on the local circuit, the Ohio native has had trouble getting fights since his last Octagon bout against Joe Proctor two years ago. And even when fights were offered, making three to four hundred dollars wasn’t going to cut it.

So as he kept training and let his manager find new opportunities for him, he worked where he could. One day, he was in someone’s bathroom when a call came for him.

“I was doing work on the side doing HVAC stuff and we were cleaning out some lady’s drain that was backed up,” he said. “I told my boss, ‘I gotta take this call.’”

It was Gary DeFranco, a producer for The Ultimate Fighter who was casting for the series’ “Redemption” season.

“Don’t even ask me again,” Edwards told DeFranco. “Just put my paperwork through and sign me up.”

Business was looking up again for “Fast Eddy,” who eagerly accepted a return to a place he never thought he’d see again.

“I was talking with Ramsey (Nijem) and we thought we’d never do it again, even if they offered it to us. But here we are.”

Edwards laughs, back in the same competition he and Nijem competed in as members of Team Dos Santos in 2011. After that stint on TUF 13, Edwards went 2-5 in the Octagon, but anyone who saw him fight knew that he was better than that record.

“It sucked because most of the fights I lost, they were close fights,” he said. “I never felt like I was out of any of those fights. Even with (Joe) Proctor, I looked at the judges’ scorecards and I was winning all three rounds but obviously lost with two seconds left. I’ve trained with and been around the best fighters in the world, and I know I can beat those guys. I don’t know whether it was just timing or how I fought on that particular night or a shot of bad luck.”

After getting submitted by Proctor at the 4:58 mark of round three, Edwards was released from the UFC. The plan was to get a couple wins and get back, but that was easier said than done. Even his lone post-UFC fight wasn’t without drama.

“The guy I was supposed to fight, something happened with his medicals and I ended up going up two weight classes and fighting at middleweight,” he said of his 84-second submission of Cody Pahan last September.

A win’s a win and a paycheck’s a paycheck, but going from the bright lights of the UFC back to the local scene can be a shock to the system for some. It wasn’t for Edwards, but it was an unwelcome change for another reason. 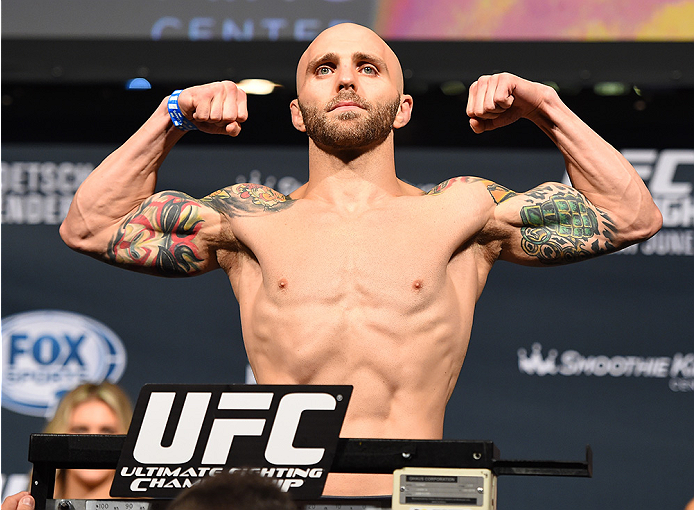 “You’re going from fighting guys who are the cream of the crop,” he said. “Even the lower level UFC guys are awesome. And it’s a night and day difference in competition. It’s a weird spot going down.”

With that statement, it’s clear why Edwards is a favorite to make it back to the Octagon. He isn’t worried about the media attention or spotlight. All that matters is fighting the best.

“I love fighting and I’m glad I’m able to do it, and I’m appreciative of that,” he said. “But I get no sense of self-worth from beating up some dude that doesn’t know anything. I want to fight top contenders and I want to beat those guys.”

And the 34-year-old wants to do it as soon as possible.

“I’m still just as hungry,” he said. “I’m just smarter and I have a lot more experience.”