Edmen Shahbazyan Has Had His Rise Planned All Along

“It’s been an incredible experience, but it’s been an experience that I was planning for all along."
By E. Spencer Kyte, on Twitter @SpencerKyte • Oct. 29, 2019

UFC middleweight prospect Edmen Shahbazyan knew Ronda Rousey was a force of nature from the first time he saw her — a true once-in-a-lifetime combination of talent and personality whose impact on the sport cannot be undersold.

In less than two years, she went from making her professional debut to breaking down the gender walls that had previous kept women from competing in the UFC. And then she went supernova, rattling off a string of highlight reel finishes while crossing over into the mainstream, complete with film roles, ESPY Awards and a Wrestlemania appearance alongside The Rock.

Though it feels longer, Rousey’s entire professional career lasted just six years and 14 fights, but during that time, she stood as a magnetic figure at the center of the MMA world.

“Watching her do everything and her come-up was incredible,” said Shahbazyan, who was a teenager with championship dreams and a frequent training partner of the former UFC women’s bantamweight champion during that time. “I saw everything that was going on — from the media to her training — and it motivated me and showed me what the UFC was going to be like at the top level.” 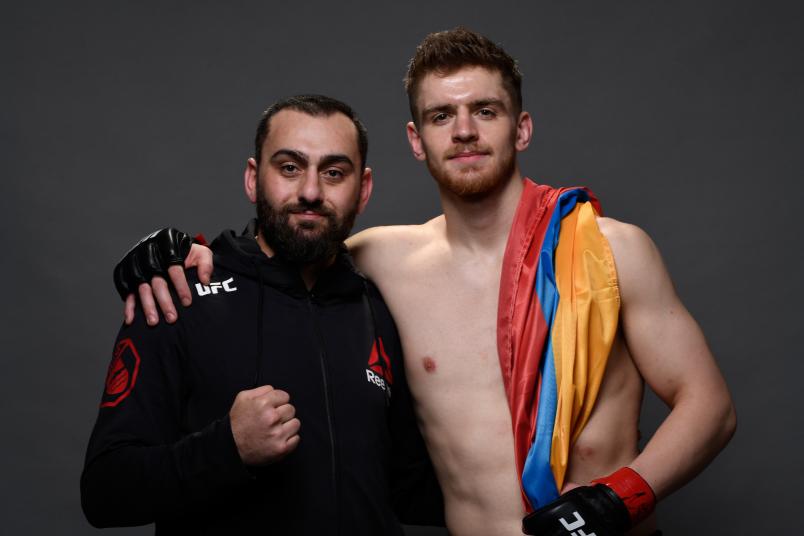 Two months after Rousey stepped into the Octagon for the final time, Shahbazyan made his professional debut, needing just 43 seconds to secure the first victory of his career. Over the next 17 months, five more victories would follow, all by first-round stoppage, landing him an opportunity to compete on Season 2 of Dana White’s Contender Series.

The cage door closed and 40 seconds later, the young upstart from the Glendale Fighting Club had pushed his winning streak to seven, earning a UFC contract in the process and he hasn’t slowed down since.

“Things are going really well right now,” said Shahbazyan, who followed up his split decision win over Darren Stewart in his promotional debut with consecutive first-round finishes to push his record to 10-0 as he readies to take on Brad Tavares on Saturday night at UFC 244. “I’m happy with the way everything is going and I’m hoping everything is going to keep going the same way.”

Not yet through his first year on the UFC roster, Shahbazyan has already cracked the Top 15 and positioned himself as the top prospect in the middleweight division, though he’ll shed that tag and become a legitimate contender with a win over Tavares this weekend at Madison Square Garden.

It has been a meteoric rise for the streaking young star, but one that the humble upstart has been preparing himself for since he stood on the sidelines taking notes as his training partner became the biggest star in the sport and a globally recognizable celebrity.

“It’s been an incredible experience, but it’s been an experience that I was planning for all along,” Shahbazyan said. “This is where I wanted to be from the start of my MMA career — I want to be the champion — and I knew these things were going to come along the way.

Although he’s still a couple quality wins away from challenging for championship gold and really experiencing the full thrust of the MMA media pressing in on him, there is no denying that Shahbazyan is making serious headway in this first year on the UFC roster.

When his initial appearance against Stewart went the distance, with the promising Californian coming away on the happy side of a split decision verdict, it seemed like an indication that the rapid dominance that highlighted his career on the regional circuit was a thing of the past and that his transition to becoming a legitimate threat in the UFC’s 185-pound ranks would take some time. 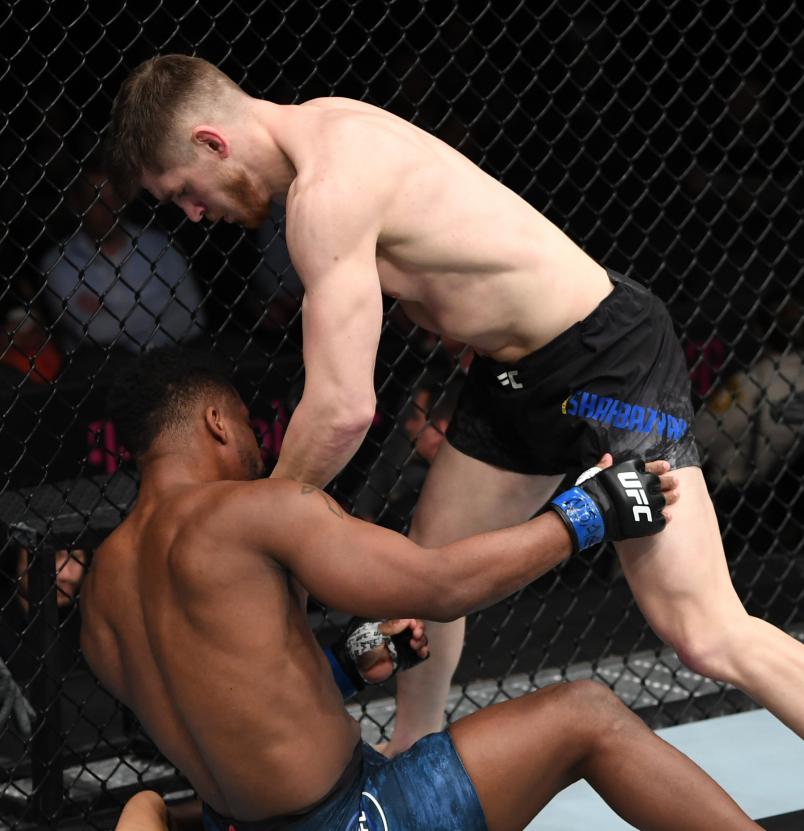 Instead, Shahbazyan returned three months later and blew through fellow Contender Series alum Charles Byrd, needing just 38 seconds to dispatch the Fortis MMA product. Four months later at UFC 239, he stepped in with 30-fight veteran Jack Marshman in what was expected to be another serious test for the streaking neophyte.

Yet again, Shahbazyan defied all expectations — other than his own — by submitting the Welsh standout in 72 seconds.

“It hasn’t surprised me because I improve after every fight,” he said of his rapid ascent up the rankings and the ease with which he’s turned back his last two opponents. “I’m always in the gym and working hard and I knew that once I got into the UFC, it was going to be a fast-track situation.

“The UFC is filled with high-level guys, so you have to be prepared for everybody at all times and it’s going to go fast, so I knew I had to be ready.”

There is an earnestness to Shahbazyan that lets you know his impressions and thoughts are genuine. He truly understood all of this was possible and that the only way to take advantage of it was to remain in the gym as much as possible, which is exactly what he’s done throughout his first year on the roster.

While there have been nights out and days off here and there — plus a trip to Coachella during the summer — the 21-year-old has spent the majority of his time working on his craft, sharpening all of his skills with an eye towards ending his rookie year by earning a place in the Top 10, and beating Tavares on Saturday could potentially get him there.

The 31-year-old Hawaiian has been a fixture in the Top 15 for the last five years, compiling a 12-5 record inside the Octagon since joining the roster after being a member of Team Liddell on Season 11 of The Ultimate Fighter.

Tavares has established a role for himself as a top-end litmus test in the middleweight division, often being tasked with taking on the latest up-and-comer with designs on challenging for championship gold.

He’s the kind of guy you have to beat in order for people to see you as a serious threat in the 185-pound weight class and his last two losses illustrate that perfectly, as the only men to beat Tavares in the past four years are current champ Israel Adesanya and the man he beat to unify the middleweight title at UFC 243, Robert Whittaker.

“I expect him to be a tough competitor; he’s a veteran of this sport and I remember watching him when I was younger,” Shahbazyan said of Tavares. “It’s a cool opportunity for me to go out there with a veteran like him. I’m motivated to come out there and put on a performance for everybody and show that I’m a real contender in this division.

“It’s going to be awesome ending the year with a win like this,” he added. “This is exactly what I wanted — I wanted to keep improving, keep going up the rankings.

“Brad Tavares is ranked in the top 15, so it’s a good step-up fight for me. I’m excited for it and I’m ready to go out there and put on the performance of a lifetime.”