Edgar vs. Penn: The Trilogy

A brief look at the series of fights between Frankie Edgar and BJ Penn, which will continue this Sunday in Las Vegas... 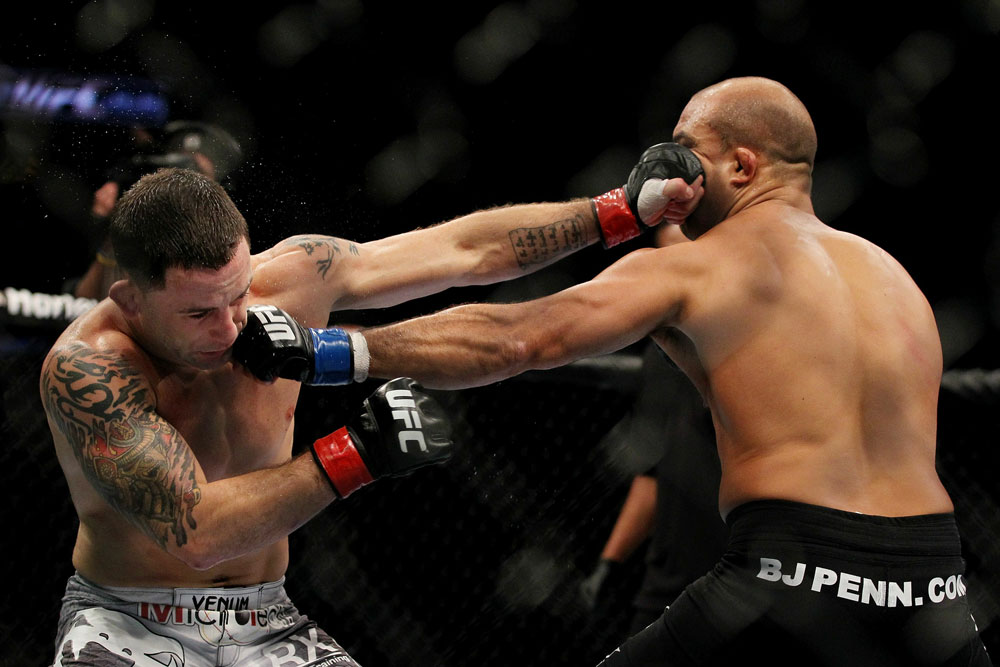 The rivalry between Frankie Edgar and BJ Penn is a unique one in the realm of combat sports because the two have always kept their fire confined to the Octagon. There is no trash talk, no dirty looks, just a mutual respect that goes out the window when the two meet on fight night.

Fresh off a stint coaching against each other on season 19 of The Ultimate Fighter, Edgar and Penn will meet for a third time on July 6. Edgar has won the first two meetings between the two, but Penn is so intent on turning the tables in fight three that he is willing to go from 170 pounds to 145 to face “The Answer” in his new weight class.

It’s that type of spirit that always captivated fans when it comes to Penn, the aptly-nicknamed “Prodigy.” But many wondered if he would ever truly hit greatness after some hits and misses early in his career. That talk stopped when he won the UFC lightweight title in 2008. He went on to successfully defend his crown three times, and many expected it to be four straight when he took on the unheralded Frankie Edgar at UFC 112 in April of 2010.

The New Jersey underdog didn’t care about the odds though, winning a hard-fought five round decision to take the 155-pound title in one of the sport’s greatest upsets.

This time was different, but Penn vowed that in their second fight, scheduled for UFC 118 in August of 2010, he would get his revenge.

“Everyone’s favorite thing to say is that BJ Penn is some rich, lazy kid and they don’t know who I am,” said Penn. “They don’t know me, they never met me. Frankie Edgar doesn’t know me, he never met me, and I feel like I’m reborn. I even want to thank Frankie Edgar for doing this to me because him and the rest of the world are gonna get to see who BJ Penn really is – finally. I’m not trying to be a braggart or blow my own horn, but I really feel that what anyone has ever seen me do in my career, we can top all those things in this fight and in the fights in the future. I’m really excited and I’m pumped. I want to fight.”

Penn did fight with Edgar for another five rounds in Boston, but the result was the same, a unanimous decision for Edgar. The two would go their separate ways, moving on with their careers, but for Penn there would always be unfinished business. On July 6, he gets his chance to settle that business.