Edgar like vampire at UFC 211: 'I'm gonna get some young blood' 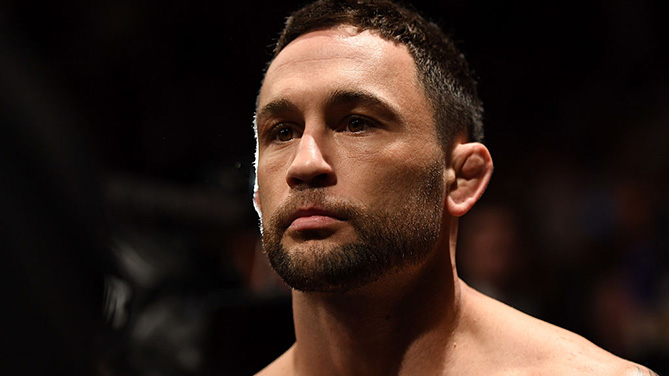 At 35 years old and with nearly 12 years of prizefighting under his belt, Frankie Edgar knows how the game works. He’s seen flashy featherweight phenom Yair Rodriguez dazzle fans and destroy opponents, and in the fight world, guys like that eventually step up to face a “name,” a former champion who isn’t 25 anymore but is still highly-ranked and dangerous.

Edgar gets it. He’s that opponent for Rodriguez at UFC 211 on May 13. But the unbreakable New Jersey native is typically unbothered.

“I kinda keep it moving,” he laughs. “I don’t really look too much into things. I’ve got a job to do and that’s all I focus on.”

RELATED: Go inside the matchup numbers for Edgar vs Rodriguez | Buy tickets to UFC 211 in Dallas, Tx.

But the former UFC lightweight champion, who is currently ranked second in the world at 145 pounds, does know that a win over him takes Rodriguez into a new stratosphere.

“I’d be stupid not to suspect that, at least,” Edgar said. “It’s kind of win-win for them. This guy beats me, he catapults up the rankings, but if I beat him, there’s no loss for him because he really wasn’t supposed to win. So I feel like it’s a good way to get his name out there, but I’m looking at it in a different way. I’m like a vampire – I’m gonna go get some of that young blood and steal some of his fans.”

Edgar laughs, clearly at ease before a critical fight in his career. Two fights removed from a UFC 200 loss to Jose Aldo in a bout for the interim featherweight title, Edgar kept his high ranking with a UFC 205 win over Jeremy Stephens in November. So with a victory over Rodriguez, he could be looking at another title shot – this one against the winner of June’s bout between Aldo and Max Holloway - as long as that winner is Holloway, as it’s not likely that he’ll get a third crack at Aldo.

“I think I’m always going to be knocking on the door for a title based on what I’ve done and who I am,” Edgar said. “But yeah, I think Holloway would have to win for me to get that next title shot. I’m not one to root for it, though. Things will play out the way they do and if they don’t, so be it. Ever since I lost that title in 2012, I’ve been gunning for it, and you lose sight of what’s in front of you at times. So right now, I just want to worry about what’s next, keep fighting and stay busy.”

A class act as always, Edgar doesn’t sweat the small stuff anymore. It comes with age and experience, but unlike some who get that experience too late, “The Answer” remains an elite fighter with the potential to add another belt to his collection. And as long as he fights, he will be chasing gold. Only this time, he won’t let it consume him.

“My goal was always to be the best,” he said. “I didn’t want to be second best. I was second best many times in my wrestling career, I came up short quite a few times in the UFC and it stings. I tell my kids, when you do something, you do it to fulfill your best potential and be number one. And that’s always going to be my goal, but I’m not dwelling on it as much as I used to. Don’t get it twisted – I still want to be the best fighter I can possibly be, but I’m just living in the moment.”

That means one hundred percent focus on Yair Rodriguez, an ultra-talented fighter who looks like he has all the tools. But at 24 and with just 12 pro fights, is he ready for Frankie Edgar?

“I don’t know,” Edgar laughs. “I don’t think he knows. It’s definitely a big step for him, and we’re gonna find out on fight night for sure. But no matter what, he’s gonna have a bright future in this sport, being so young and being where he is right now. But there are levels to this and sometimes you can’t get to the next level until you see what’s in front of you, and I still feel like I’m still the man. I had that hiccup against Aldo, it wasn’t my best performance. I felt I rebounded nicely against Stephens and I’m still one of the best fighters at 145 and I’m gonna go out and show Yair what it’s all about.”

“He (Sherk) was a former champion, was in there with Matt Hughes and BJ (Penn), so I knew once I was able to get it done and get my hand raised against him that there’s no reason why I can’t be a champion.”

Edgar insists he won’t give Rodriguez that same opportunity in Dallas.

“There could be damage coming my way in this fight, and good thing I handle it well,” he laughs. “Not that I want to go in there and take any damage. I like to go in fights and walk away nicely, but I’m willing to get busted up to get it done, and if that’s what it takes, so be it.”
Save