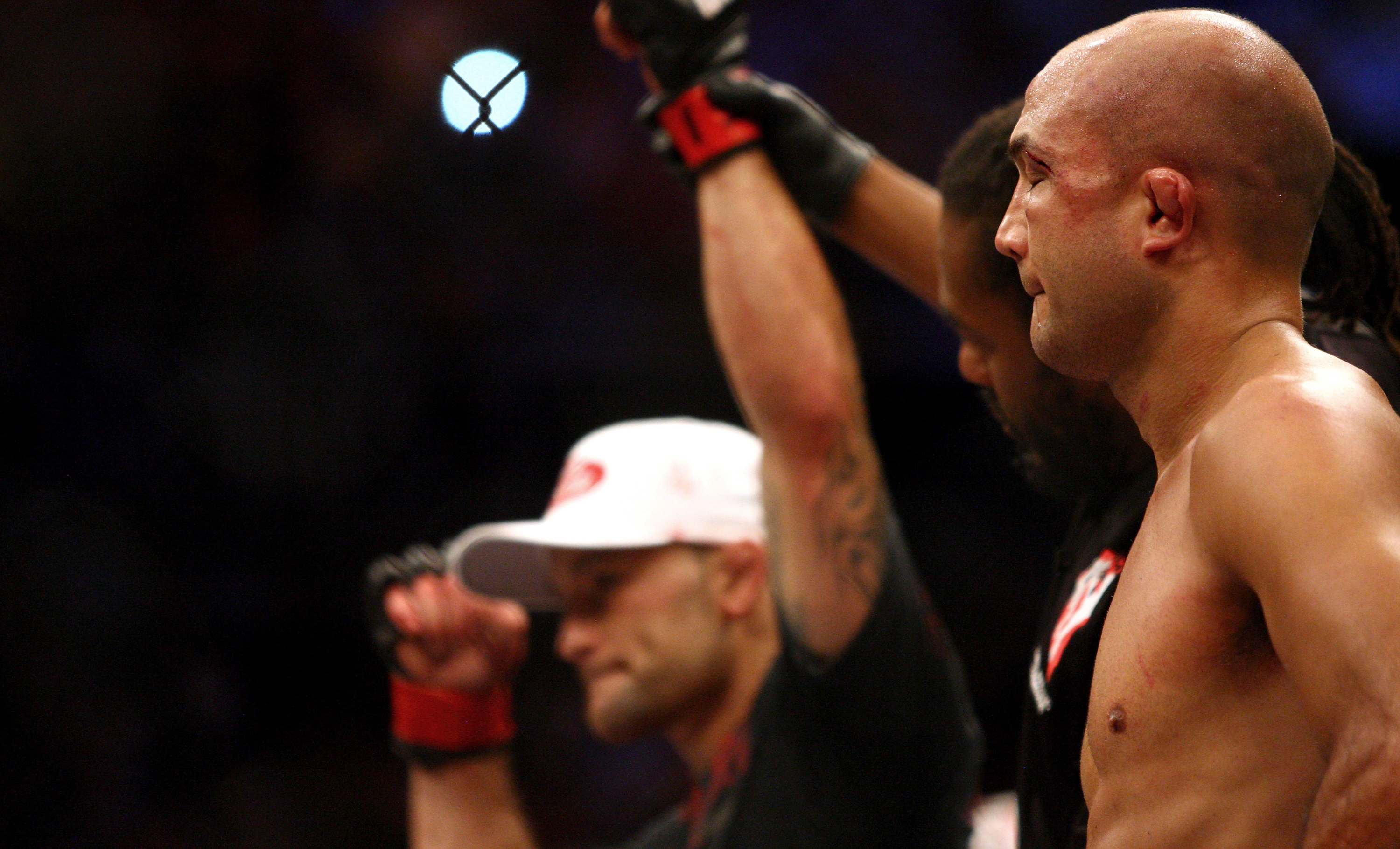 LAS VEGAS, July 6 – It wasn’t easy to watch, but BJ Penn’s courageous attempt to return to the Octagon as a featherweight and beat longtime rival Frankie Edgar came up empty Sunday at the Mandalay Bay Events Center, with Edgar stopping the former welterweight and lightweight champion in the third round.

The win was Edgar’s third over the future Hall of Famer, with the first two wins coming in UFC lightweight title fights in 2010. The bout was Penn’s first since December of 2012, and marked the 35-year-old’s third consecutive defeat and what he says is his final fight.

“Frankie did a great job,” said Penn. “I should not have come back. Much respect to Frankie.”

The crowd was firmly in Penn’s corner as the bout began, and neither fighter wasted time engaging, Penn fighting very tall as Edgar closed in. As the second minute began, Edgar dragged Penn to the mat and got off some solid strikes on his grounded foe. Penn was comfortable off his back, shooting up leg kicks as Edgar sought the opening he needed to dive in with his punches. Edgar wasn’t bothered by Penn’s insistence on staying on the mat, as he ripped off leg kicks and mixed his attacks up nicely until referee Herb Dean stood Penn up with a minute left. And though Penn kept shooting out his jab, Edgar easily eluded it and landed his combinations, wrapping up a solid first round effort. 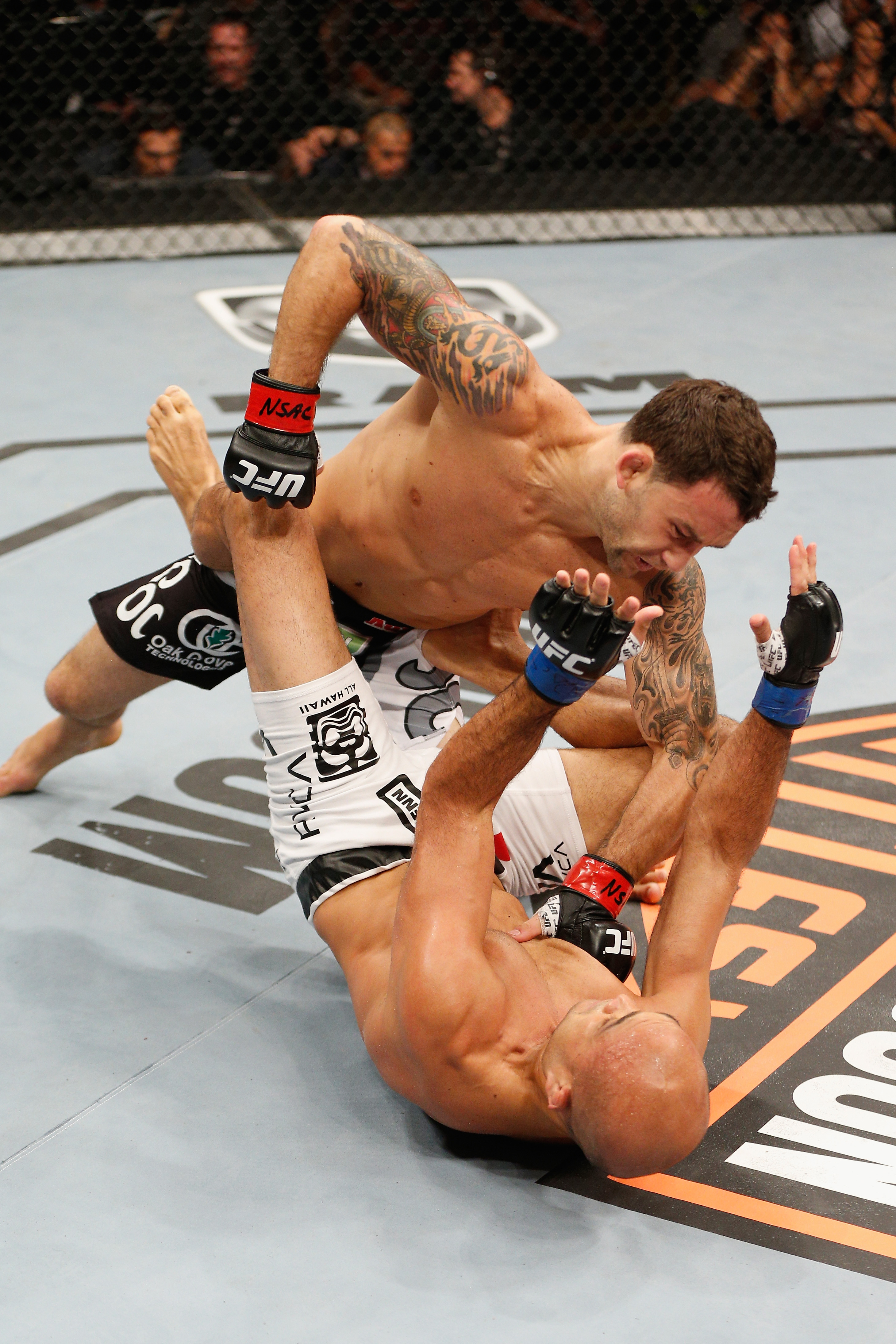 Edgar continued to frustrate Penn in round two, using his movement and quick punches to set up another takedown, and from there, the pattern of the first frame repeated itself, as Edgar dominated the action with little to worry about in the way of return fire from “The Prodigy.” In the final minute, Edgar turned up the heat with his ground strikes, putting Penn into his first spell of serious trouble and raising a welt under his left eye.

Penn’s stiff punches came more frequently in the third stanza, but they rarely found their mark, with Edgar amping up his pressure and work rate, first on the feet, and then on the mat, as he threw Penn to the canvas and let go with his strikes, bloodying the Hawaiian. Referee Herb Dean was watching the one-sided action closely, and after an array of unanswered blows, he halted the fight at 4:16 of the round.