For several years, that’s been the go-to time to talk to Frankie Edgar. Fight in and fight out, the text to Toms River’s finest requesting a chat inevitably comes back with that time. It’s a ritual he chuckles at when brought to his attention.

It’s a small detail with a greater meaning for the former lightweight champion who will challenge Jose Aldo for the interim UFC featherweight title next week at UFC 200 on July 9. So great that it may be the secret of his success for so long.

“I am definitely a creature of habit,” he said. “My training schedule is pretty much the same it’s been for quite some time now. It makes me get in that routine where I know if I feel off. If I feel off in my own routine, then I know something’s wrong and I’ve got to fix it quick. If I kept switching around, like switching sparring days or wrestling days, I feel like I wouldn’t know how I should feel. When I’m in fight camp, I’m wrestling on Wednesday and sparring on Tuesday and Thursday and Saturday, and I know how my body should feel and how I should be reacting.”

Call it the South Jersey version of Groundhog Day, but it’s worked for Edgar, a pro since 2005. In those 11 years, few have been finer at their craft than he has, and win, lose or draw, he’s refused to deviate from what got him to the dance. Some may scoff at that, insisting that changes in team or scenery are essential to keeping things fresh. Edgar scoffs at THAT.

“I’ve got a great team around me, we have no egos and the coaches have no egos,” he said. “You see some teams, one guy gets a loss or maybe wins something and his head gets big and he gets too big for his team and he has to go somewhere else, and it’s just not like that for us. I know that Mondays I’m gonna be at Ricardo (Almeida)’s and I need to be ready for that, and Friday I’m going to be beat up and sore and Saturday I’ve got to tough it out for that last spar of the week.”

That doesn’t mean he begrudges anybody anything that works for them. What Edgar is saying is that at 34, if it ain’t broke, don’t fix it.

“Everyone has a different approach and a lot of people say that as you get older, you’ve got to tone it down or do this or do that, and I think that’s the wrong way to look at it,” he said. “I feel like you get old because you tone it down. I want to be able to spar six rounds with fresh guys on me so I know I’m ready. If I can’t do that at 34, I shouldn’t be fighting.”

“The Answer” is still fighting, and if we’re going by results, he may be in his prime. That’s a scary thought for those who have to face him, like Aldo, the Brazilian great who ruled the featherweight division in the WEC and UFC for a little over six years. He even owns a win over Edgar in a back-and-forth 2013 battle that served as the New Jersey product’s last loss. 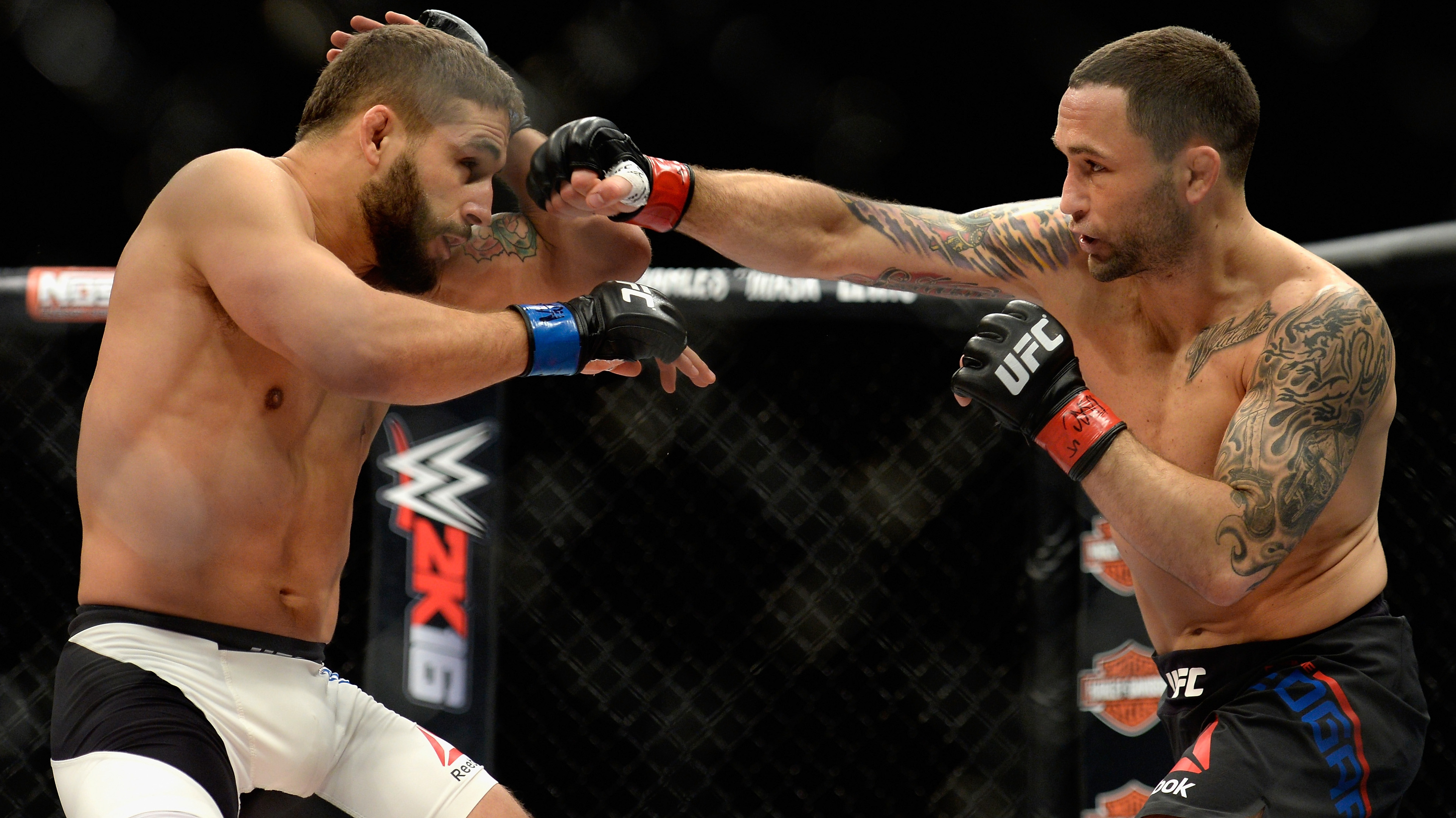 Edgar has gone 5-0 since that first fight. Aldo 3-1. Yet it’s that “1” that leaves many questions in the lead-up to UFC 200, as that’s when Aldo lost his featherweight title to Conor McGregor in just 13 seconds. And despite being unbeaten for over a decade, that loss has many wondering if Aldo’s best days are behind him.

“We just don’t know what Aldo’s gonna show up,” Edgar said. “He’s wrestling some demons and acting a little uncharacteristic of how he usually acts in the media with some of the things he’s been saying. And I think that’s just him trying to talk himself into being a tough guy again. Because McGregor’s the worst guy to lose that way to. He’s just the best at gloating, especially with everything he put Aldo through to get to that point, and then to do it like that, I know it’s got to be tough for Aldo to deal with.

"Aldo can say anything he wants to say, but he’s not gonna know how he’s gonna react until we get in there. But for me, I have to go in there expecting that I’m gonna see a super motivated and the best Aldo I’ve seen. That’s the guy I’ve been preparing for. If the other guy shows up, it might be a quick night.”

A quick night is what Edgar delivered to Chad Mendes in his most recent bout, needing just 2:28 to knock out the two-time title challenger.

Less than 14 months earlier, Mendes engaged in a five-round war with Aldo. Sure, MMA math is a thing, and a not too-accurate one at that, but Edgar’s reputation is now preceding him. He’s the type of fighter who takes opponents to places they don’t want to go, and you either check out early or pack your lunch for an experience you’re probably not going to enjoy.

Aldo went to that place with Edgar the first time in 2013 and won. Will he go with him again, and if so, will the result be the same? I ask Edgar what he learned about Jose Aldo the first time they fought.

“I don’t think he’s willing to go in there and go for the kill sometimes. I felt like in that fight when we went head to head, I got the best of him,” he said. “Especially when things got deep in three, four and five, that’s when I started pouring it on him. And when things get deep, that’s when I swim the best. I don’t know if I can say that for Aldo.”