Eddie Wineland believes he is in better shape now than he was 10 years ago and he'll put it all on display Saturday at UFC 250
By Thomas Gerbasi, on Twitter: @TGerbasi • Jun. 4, 2020

When Eddie Wineland was 25 years old, the age of his opponent on Saturday’s UFC 250 card, Sean O’Malley, he was coming off a loss to Rani Yahya in the WEC and was about to kick off a four-fight winning streak that led him right into the UFC in March 2011.

That’s the knowledge over a decade fighting at the top level of the sport will give you. And whether it was in the WEC, where he was the promotion’s first bantamweight champion, or in the UFC, where he has faced the best of the best on a consistent basis, Wineland has always showed up ready to win and believing he would win. 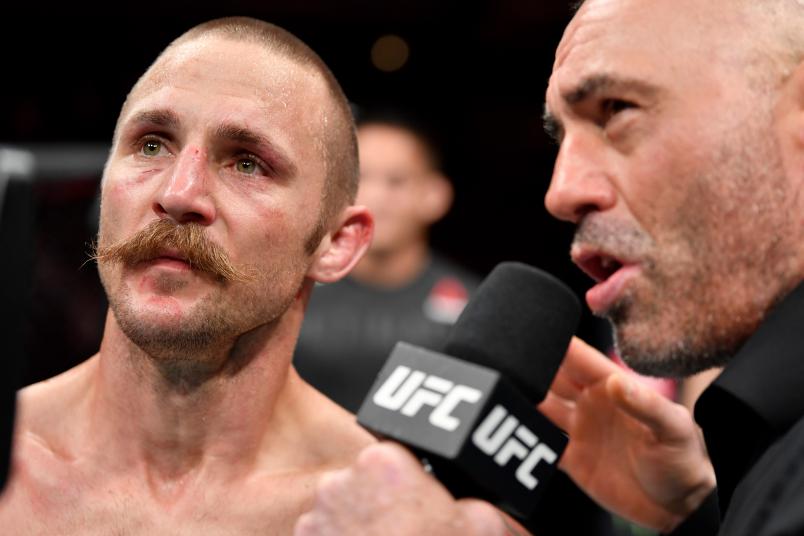 “I've been in there with Urijah Faber, with Joseph Benavidez, the top tier in the world,” the 35-year-old said. “Now I understand I didn't win those fights, I get it, but they didn't finish me. You call the (Renan) Barao fight a knockout, I call bulls**t because he kicked me in the shoulder and knocked me down and the referee stopped it when I was coming back to my feet. It is what it is, water under the bridge at this point, and I keep paddling forward. I've been in there with the best in the world, I mixed it up with them and I went the distance with them.”

Now he’s in with an unbeaten prospect with the potential to one day be considered the best in the world. And while you might assume that the grizzled veteran might be a little salty about facing the young gun getting all the attention, that’s not the case at all.

“O'Malley is a different generation,” said Indiana’s Wineland. “He's the younger generation and these kids are starting to train when they're eight, nine years old. I'm not calling O'Malley a kid because he's a grown ass man, he's 25 years old. But when I say kid, they're starting as kids and going into adulthood, and by the time they're 18, 19, 21 years old, these guys are monsters right out of the gate because they've been training for so long. So I'm not taking anything away from him. I know he's sharp, I know he's got a great skill set, I know he's fast, I know he's crafty, and I know he's got some unorthodox stuff, to put it politely. I don't even know if unorthodox would explain it.”

Maybe that’s the key right there – being experienced enough to know that in this sport, all it takes is one punch or one second of lost focus to turn a possible win into a loss. And Wineland, with 38 professional fights in a career that began in 2003, certainly holds the experience edge over O’Malley and practically anyone he’ll face in the Octagon these days. He won’t use it as a crutch, though. 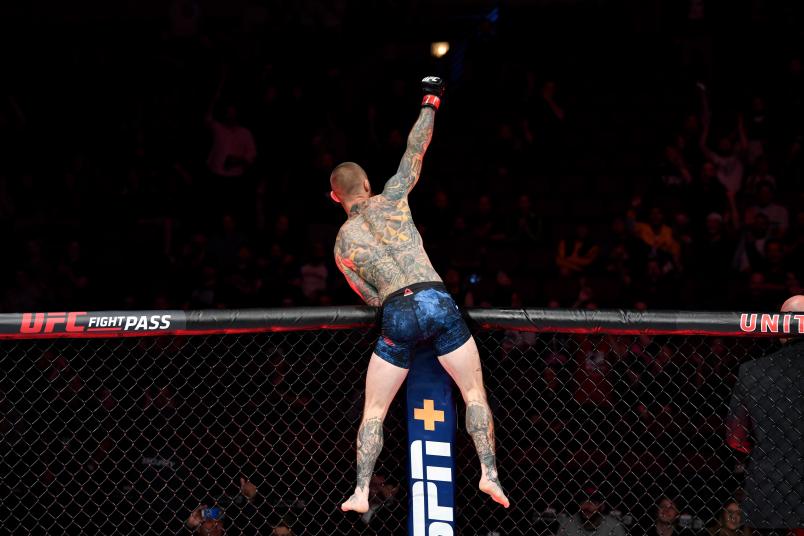 CHICAGO, IL - JUNE 08: Eddie Wineland celebrates his KO victory over Grigorii Popov of Russia in their bantamweight bout during the UFC 238 event at the United Center on June 8, 2019 in Chicago, Illinois. (Photo by Jeff Bottari/Zuffa LLC/Zuffa LLC via Getty Images)

CHICAGO, IL - JUNE 08: Eddie Wineland celebrates his KO victory over Grigorii Popov of Russia in their bantamweight bout during the UFC 238 event at the United Center on June 8, 2019 in Chicago, Illinois. (Photo by Jeff Bottari/Zuffa LLC/Zuffa LLC via Get

MORE FROM UFC 250: Fighters On The Rise | Fight by Fight Preview | Assuncao Has Earned Appreciation | Sterling Racing To The Throne

“Mentally, physically, going through the wars that I fought, I think that plays a huge part in it,” he said. “I don't think that determines the outcome of the fight, but I think that's a big advantage in my court.”

Where Wineland does think it shows up the most is in the gym, where he’s learned that trying to attack the world on a daily basis isn’t the key to being ready on fight night.

“I've been in the game for a long time and I've done the daily grinders of training as hard as you can every day,” he said. “And as you get older, you kind of realize you can't do that. One big thing that I've been doing is training smarter, and I'll be honest, at 35 years old, I jumped on board when everybody was doing the 10-year challenge from 2010 to 2020 (Laughs), and if you pull up my picture from 2010 in the UFC to 2020 from my last fight, look at the difference in my body and my body composition. Physically, I'm in much better shape at 35 than I was at 25.”

He may be better everywhere at 35, if his last fight against Grigorii Popov was any indication. On that June night in Chicago last year, Wineland looked as sharp as he ever has in defeating the highly-touted Popov via second-round TKO, and as he attempts to upset the rising star who brought “The Sugar Show” to the UFC, he hopes it’s the start of something where we will see him more than once a year.

“I would love to fight a minimum of two times this year,” Wineland, a married father of two sons who is also a full-time firefighter. “But the last few years, unfortunately that's not what I got to do. I've got two little boys, I've got a family, stuff going on around the house and I've got a career, so unfortunately life happens sometimes. I would love to fight three or four times a year, but with life happening and minute injuries keeping me held out, unfortunately it's been a once a year thing. But I'd love to get two or three fights a year.”