"My last couple of performances came against top-ranked guys and I won both pretty decisively. I’m very excited to get the opportunity to fight for the title." - Eddie Wineland 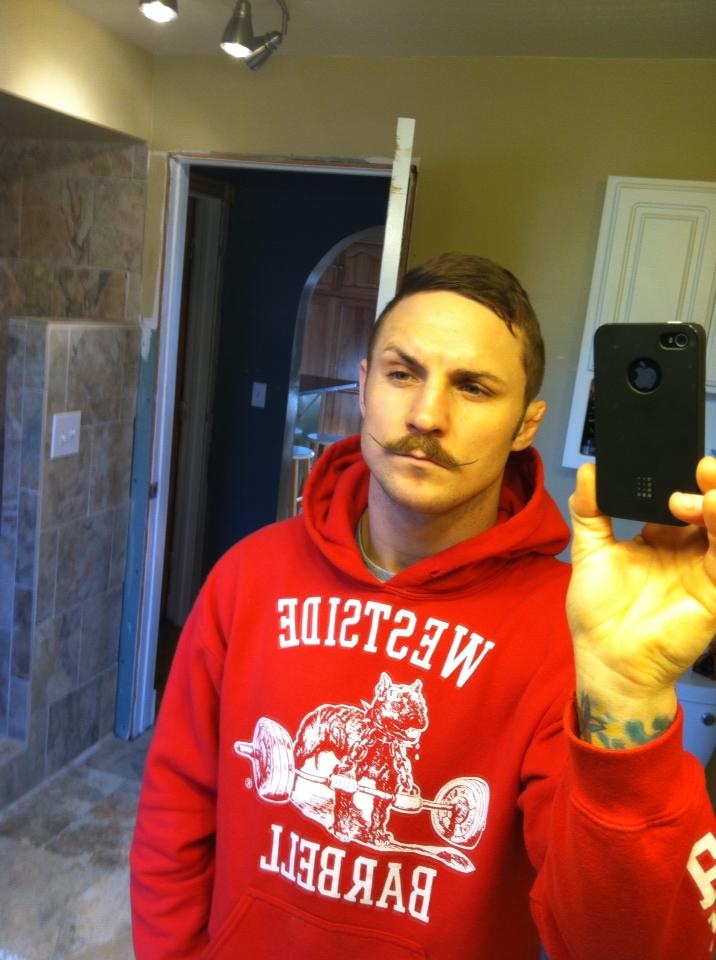 Seven years is a long time to wait, but Eddie Wineland is ready to reclaim what he believes is his. In 2006, the Indiana-native became the first ever WEC bantamweight champion by defeating Antonio Banuelos via first round knockout. This June at UFC 161, Wineland will have the opportunity to compete for the 135-pound strap once again when he squares-off with interim UFC champion Renan Barao in Winnipeg.

The Brazilian phenom has been a wrecking ball in the bantamweight division, as he’s collected five consecutive victories inside the Octagon since coming over from the WEC, bringing his current unbeaten streak to an unbelievable 33 straight. In his most recent showing at UFC on FUEL TV 7, Barao defended his interim title by submitting surging young talent Michael McDonald in the fourth round of their tilt.

In defeat, “Mayday” became yet another example of what happens when you fail to solve the puzzle Barao brings to the table. But for as challenging as this task has proven to be, Wineland believes he has what it takes to get the job done, and will be carrying momentum of his own when the two bantamweights collide on June 15.

The former WEC bantamweight title holder is coming off dynamic back-to-back victories over top competition in Scott Jorgensen and Brad Pickett. Following his win over “One Punch”, Wineland was hoping to get a top ranked opponent for his next outing, but when the UFC came calling with a title shot against Barao, the 28-year-old mixed martial artist / fireman could barely contain himself.

“It’s funny because I was at the firehouse when I got the text,” Wineland said. “When I read the message I ran into the kitchen, kicked the chair, threw my phone, and started screaming. It is the most excited I’ve ever been to get a fight. It is the fight that everybody wants and the one that every fighter at 135 pounds is trying to get to. Everyone wants that championship fight and right now I’m sitting in that seat.

“I think the UFC knows I come to fight and put 100 percent into it. My last couple of performances came against top-ranked guys and I won both pretty decisively. I’m very excited to get the opportunity to fight for the title.

The matchup between Barao and Wineland will feature two of the most dangerous fighters in the bantamweight division. Both have shown the ability to finish their respective opposition in consistent fashion and each possesses the power to end a fight with one clean shot.

While Wineland acknowledges the problems in dealing with a versatile skill set the likes of what Barao brings to the table, the New Breed Academy-trained fighter also believes his boxing and wrestling are the perfect neutralizers for Barao’s attacking style.

“I’m not trying to give up too much of my game plan, but I throw a lot of straight punches and he’s been open there in the past. The fastest way from point A to point B is a straight line and that is something we have been training for years. I do have a brawler style if need be, but I’d like to keep it technical, pick him apart, and take him out when it’s time.”

With a long-awaited title shot providing the ultimate motivation, Wineland is looking to make this year the best chapter of his career. That being said, stepping into the Octagon to compete for the bantamweight strap is a stark contrast to where things appeared to be heading two years ago.

After a disappointing 2011 where he dropped back-to-back outings against Urijah Faber and Joseph Benavidez, Wineland rebounded in impressive fashion by notching victories in both of his showings in 2012. The momentum has his confidence at an all-time high, but rather than describing the swing as a return to form, Wineland feels his success is the result of everything finally falling into place.

“When I first started training with my strength and conditioning coach about four years ago, he told me we weren’t training for the fight six weeks down the road, we were training for two years down the road,” Wineland said. “It all makes sense because all of my numbers have gone up consistently. Everything has gotten stronger and faster and has fallen into place. It’s almost exactly as he said. Here we are four years later and everything is falling right where it needs to be.”

The bout against Barao may be sitting on the horizon months from now, but this hasn’t stopped Wineland from lighting the fires of war. In addition to his time preparing in the gym, the Chesterton-based fighter has applied his own version of “war paint” by growing a handlebar mustache.

The look harkens back to the days of bare-knuckle shipyard dust-ups and has Wineland itching to put up his dukes and let the fisticuffs fly.

“I have three months of work into it and another three months to go before the fight,” Wineland described about his mustache. “I think it should be pretty gnarly by then. I’m going for the 1920’s gentlemanly toughness. It‘s that ‘I am super-nice but I’m tough as sh**, so don’t mess with me’ look.”