Eddie Alvarez: 'It's my turn now'

"I want the title, and whoever’s in front of me at that time, bottom line I'm coming out to destroy them. I’m coming after them." - Eddie Alvarez 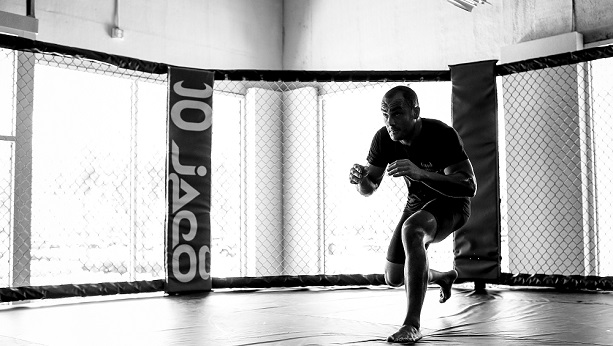 Eddie Alvarez laughs when you ask him about blowing up the internet today, but it was a valid question considering that from the time he was released from his Bellator contract to the moment his signing with the UFC was announced, the lightweight star’s name was on the mind of every mixed martial arts fan and media member.

That’s good publicity for anyone, but at the same time, the hours in between those monumental events in his career were certainly interesting ones.

“You’re sort of in limbo,” Alvarez said. “You’re holding your breath a little bit, hoping that you’re not hit with any surprises, but it’s much like a fight. Your adrenalin’s going, you’re excited, there’s a lot going on, but I had my mind made up. I knew what the goals that I want to accomplish within the next couple years are and what’s going on with the UFC and the guys that they have in the division that I want to get my hands on. The goals with UFC and my goals are congruent and it only made sense.”

With his signing, the best 155-pound fighter who was not with the UFC joined the organization and quickly became the most popular man on the roster, with a co-main event against real-life action hero Donald “Cowboy” Cerrone at UFC 178 on September 27, only heightening anticipation for the Philadelphian to finally strap on the gloves with U-F-C on them. The 30-year-old is keeping everything in perspective though.

“There are a lot of big things coming for me, and this was a natural progression,” he said. “I know the fans are excited and I’m excited too, but the truth is, as far as what I do every day and what I’m trying to accomplish, the goals don’t change, my habits don’t change, and everything’s the same. I’m going to be put under a bigger spotlight with the best promotion in the world, and I’m excited to get to express myself for all the hardcore fans and for all the fans that don’t know MMA. I’m just excited to be put on this big stage, and I feel like the past 10-11 years have been me trying to perfect my craft, so when this moment did come and I was put in front of this many people, that it would be near-perfect.” 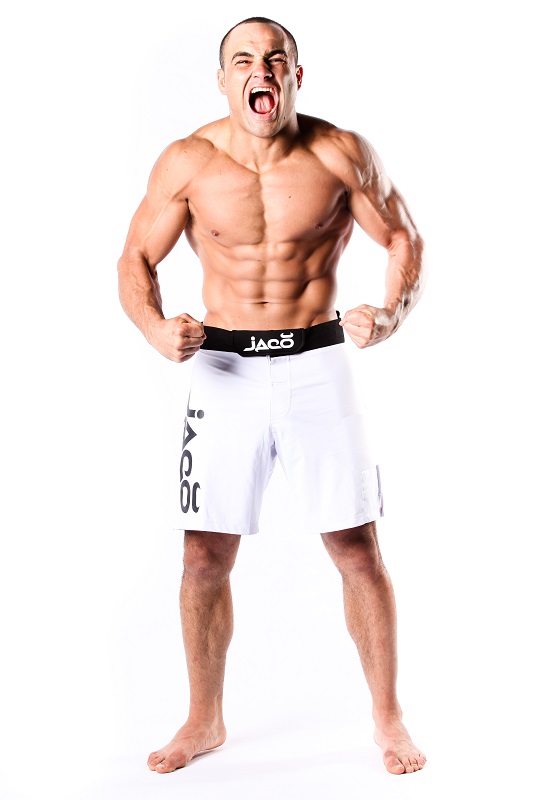 He has been close to it over the course of a career that began in 2003. 25-3 as a pro, Alvarez has competed around the world, everywhere from Russia and Costa Rica to Canada and Japan, and he picked up the Bellator lightweight title in 2009 and again in 2013. Along the way he avenged two of his three losses to Shinya Aoki and Michael Chandler, and also defeated the likes of Roger Huerta, Josh Neer, Katsunori Kikuno, Tatsuya Kawajiri, Aaron Riley, and Joachim Hansen. This run of success, where Alvarez was, as he puts it with a laugh “virtually unbeaten,” made him join longtime Strikeforce champion Gilbert Melendez as the top fighters not signed by the UFC. When Melendez entered the Octagon, Alvarez had that crown all to himself, but while he watched what was going on in the UFC, he never begrudged anyone their success.

“The truth is, I’m a patient person,” he said. “I’m more than willing to wait my turn. This has never been a sprint for me. I’ve never ever been envious or wanted what the next man had. I was always happy with my position and where I was, and I was always willing to wait my turn. Now it’s my turn. It’s my opportunity and I’m in a position right now with my management, with moving from Philadelphia and being with the Blackzilians and now doing this last piece of the puzzle and being with the biggest organization in the world, that nothing will stop me. Nothing will stop me from achieving what I already know is going to happen and that’s getting that belt.”

First up, it’s Cerrone, who is on a four-fight winning streak that includes four finishes and four bonuses. The prospect of a UFC co-main event and a possible bonus at the end of the night sounds good to Alvarez.

“I’m not about decisions,” he said. “Anybody who’s followed my career knows that. I rarely go to the judges and I welcome that kind of fight and I thrive in those situations. These are the fights that fans want to see. I want to be involved in fights where fans are biting their nails and going ‘holy s**t, is this really about to happen?’ Those are the fights I want to be involved in, and that’s what this sport’s about. That’s what gives me chills, that’s what wakes me up early and makes me go to bed late. That’s a huge reason why I’m here with the UFC now.”

Alvarez also had a front row seat for Cerrone’s most recent win over Jim Miller in July, as the bout was held just up the expressway from Philadelphia in Atlantic City. And though he wasn’t under contract with the UFC at the time, he said he did wonder what it would be like to throw hands with the Cowboy.

“Anybody in your division, you would be lying if you say you weren’t thinking about it,” Alvarez said. “I’m competitive, so whenever I see anyone in my division, right away I look at how I’d match up with the guy, whether I want to fight him, don’t want to fight him, or whatever the deal is. For me, Cerrone is fan-friendly, I love his style, we have similar set-ups, and I enjoy the way he fights. I love the way we match up together, and I think it’s a great way to enter the UFC with a guy like that.”

And speaking of Philadelphia, despite his relocation with his family to Florida so he can be close to his Blackzilians camp in Boca Raton, he did spend some time back in the City of Brotherly Love for what he initially expected to be some down time. It turned into something more, so when the UFC deal came together today, he was ready to accept a fight in September.

“I went home to Philadelphia and it was supposed to be some time off, but I have a lot of friends in Philadelphia who I haven’t trained with in a while, and my time off ended up being more the start of a training camp and I had some good sessions,” Alvarez said. “I was able to get over to Ricardo Almeida’s, I was able to train with an old boxing coach, Pedro Rivera, and my old guys at Will Martinez’, so it was really cool to get back with a lot of the old guys that I used to train with, discuss different concepts in fighting with them, and be creative and work out all summer. So when I got the word, I was ready. The goal in the next couple years is just to be consistently ready to fight at a couple weeks’ notice because guys get hurt, a lot of things happen, and there’s a lot of opportunities out there that show themselves and I want to be ready for those opportunities and I want to take advantage of them.”

It all starts with UFC 178 next month, but it doesn’t end there for Eddie Alvarez.

“There’s going to be a bit of a target on my back and a lot of people are going to speculate on what I deserve and what I don’t deserve, who I should fight and who I shouldn’t fight, and it’s going to be up to me to prove all the naysayers wrong and let them know what I truly am capable of, no matter what they think. I’m excited to do that and I’m excited to be in big fights on a big stage.

“My deal has nothing to do with Cowboy Cerrone or any of these guys in the division, for that matter,” Alvarez continues. “I want the title and whoever’s in front of me at that time, bottom line I'm coming out to destroy them. I’m coming after them.”