Eddie Alvarez determined to make a difference as champ 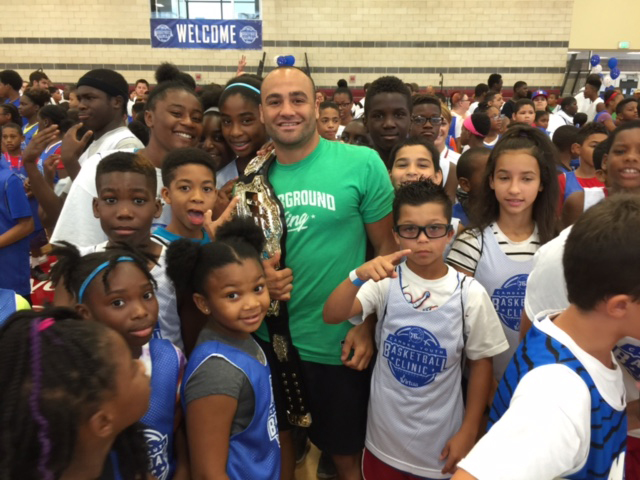 Eddie Alvarez has the belt, but he hasn’t dropped the mic. In fact, he’s yelling into it – all for a good cause.

The recently crowned UFC lightweight champion of the world joined his hometown Philadelphia 76ers and Virtua Health System at a basketball camp for youth in nearby Camden, NJ.

“(I was able to) meet a bunch of kids that grew up in the sort of upbringing I did,” Alvarez said of his visit on August 10. "It was eye opening for me to speak with them and inspire them. It was cool to see the energy of everyone.

“It’s not a job man, this is something enjoyable. I’ve been a kid in line waiting for free lunches in the city amongst other kids. I was that kid. To see the Sixers and (presenting sponsor for the camp) Virtua team up to give these kids sneakers, backpacks and things like that ... I couldn’t imagine as a kid if somebody gave me something like that and how much I’d appreciate it and how happy it’d make me for that small moment. It was just a cool day.”

This is a personal crusade of sorts for Alvarez, especially with the spotlight now firmly on him after defeating Rafael Dos Anjos for the belt on July 7. Much like his own neighborhood of Kensington in Philadelphia, Camden suffers from rough conditions – low per capita income, high number of single parent households and one of the highest murder rates in the country. So it was important for the 32-year-old to bring a message of hope to area children. 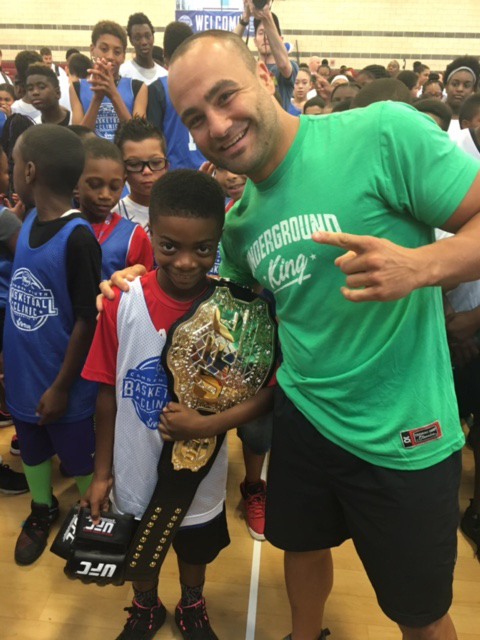 “I think it’s my obligation to do it. It’s not something (I’m doing for my career). It’s something I’m obligated to do as a kid from the inner cities, from a neighborhood just like theirs. It’s important to go back – I made it out and let them know that there’s light at the end of the tunnel. Kids are impressionable and there’s a small amount of time in a kid’s life where we can make an impact where they’ll actually listen to us and change their life accordingly. If we can talk to a kid and get them at that age and get their minds thinking of the way it should be versus how the streets get them to think, I believe you can make some serious changes.”

Along with spending time with the young children at the basketball camp, Alvarez also spoke with Camden Police Chief Scott Thomson, from whom he learned more about the tactics the force is using to help the community. 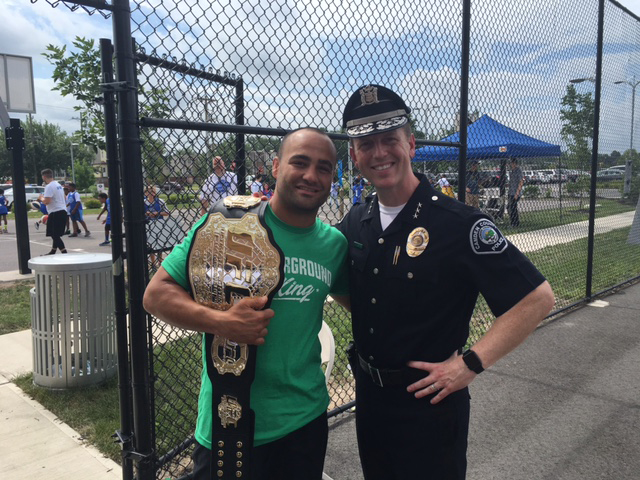 “It was really cool to see their strategy – taking something bad and reforming it for the better.”