Eckhart Gets Physical for Frankenstein

Aaron Eckhart gets physical for his role in I, Frankenstein 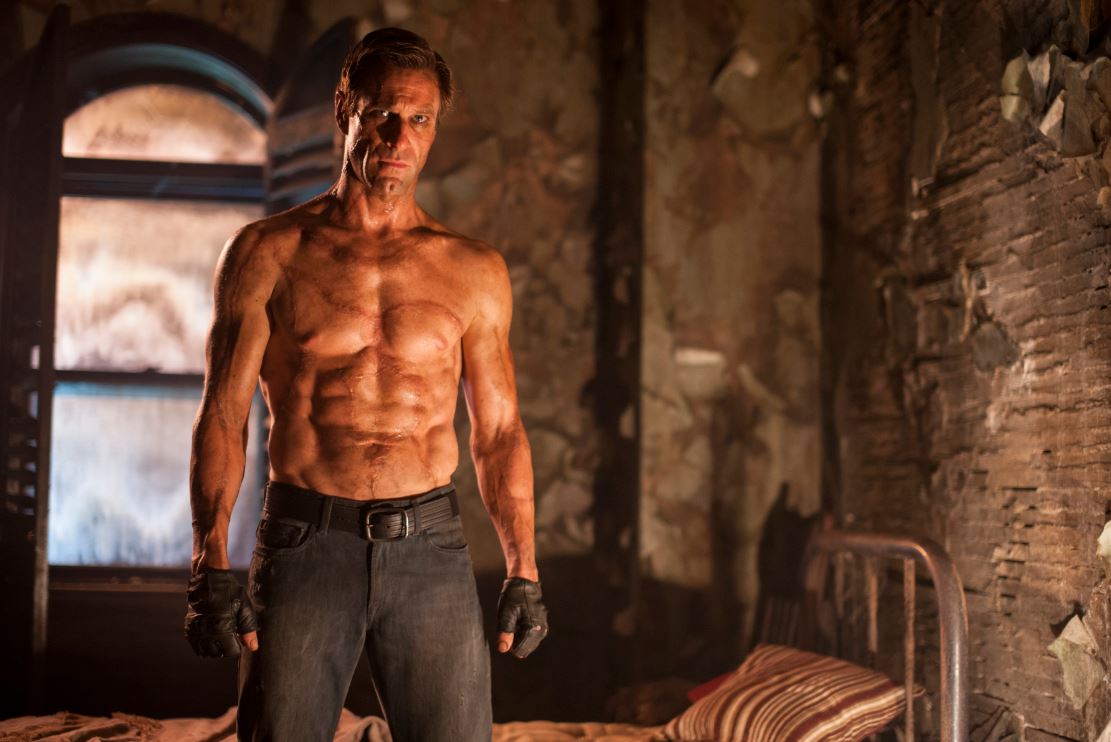 Character chameleon Aaron Eckhart transforms himself into a demonic ass-kicking machine in "I, Frankenstein," out January 24. While the Golden Globe-nominated actor is no stranger to comic book characters, having played Two-Face in "The Dark Knight," his role as Dr. Frankenstein's terrifyingly tough creation Adam required a new level of physical fitness from the Hollywood star.

We talked to Eckhart about his transformation and training, much of which centered on Escrima, Arnis, and Kali -- Filipino martial arts that incorporate stick fighting.

Was this the first movie you had to do a physical transformation for?
I would say so. There was a little movie I did called "Erased" where I did 4 months of MMA training just to get some moves. We trained every day doing holds and wrestling, it was pretty hardcore. You only saw a little of it in the movie.

In this movie, I did six months of stick fighting. [Ron Balicki and Diana Inosanto] came to my house and we would go through it about two to three hours a day. Then I would go to my trainer afterward and got in good shape. Diana's father [Ron Balicki] trained with Bruce Lee and he worked with Denzel Washington in "The Book of Eli." Ron is an accomplished stick fighter, knife fighter. He does MMA. I was in very good hands. 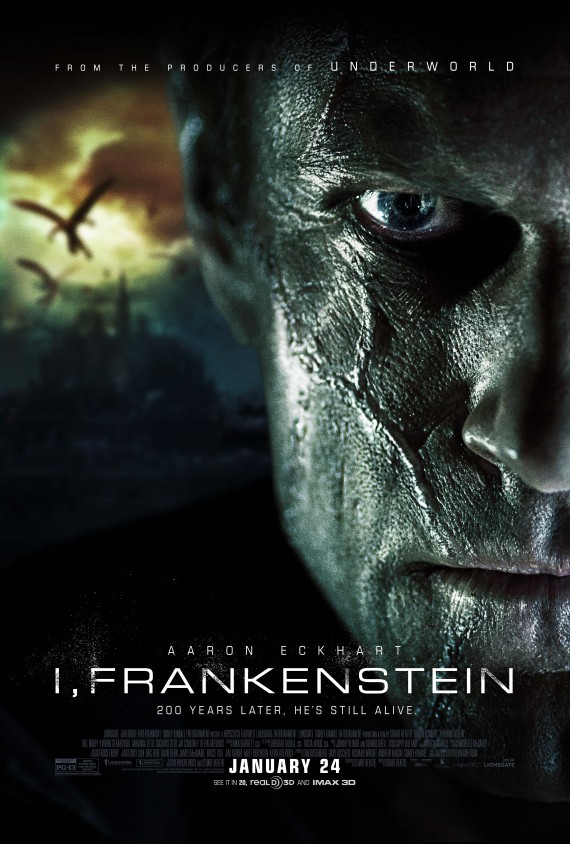 What were you doing in your training?
Going over patterns, learning how the sticks work, getting into the rhythm of using the sticks. Going high to low, turning around, taking on four opponents at once, footwork, kicks, punches, single stick, double stick. What happens when you're on the ground? If you have two sticks and someone knocks a stick out of your hand, how do you go from two sticks to one stick? How do you get up on your feet while you're still defending and then go on the attack? I mean, we went through it! It was hardcore.

We were trying to make it that not only the sticks were comfortable in my hand, but that it was second nature. If I saw a stick coming at me, I could immediately go on offense to defense or defense to offense without even thinking, and then turn around and take on two more guys. We, also did knife fight training, gun training, disarming weapons, all sorts of stuff.

How do you feel about having learned stick fighting?
When I did "Erin Brockovich" years ago, I decided I wanted to learned a skill with every movie I make, so I started boxing. The thing about it is that you have intense training for a short period of time -- Ron said afterward that I put in five years of training.

Obviously, there's a real distinction between being an actor and a person who can really fight and throw a punch. Most actors don't know how to throw a punch. I mean, one of the actors from Australia was a pro fighter, now he can destroy me! There's no comparison between a real fighter and an actor.

But you do get confidence if you're in trouble that you have the knowledge of where you're going to go. It's like being three steps ahead. It's like a fighter knowing that after he throws his first punch he's going to try and wrap him up next . You know where your body should be, your weight, your balance, and you know how to defend yourself.

To be a real fighter, you would have to keep it up, but as an actor -- my next role I was in a wheelchair. But then, Ron could probably tell you how to defend yourself in a wheelchair too. 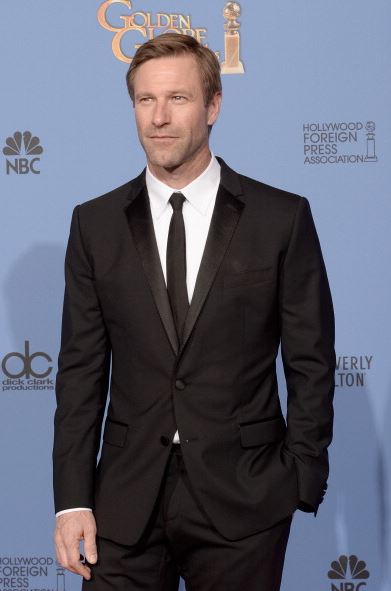 What were your strength training and conditioning workouts like?
Every single day, I did sand sprints with my trainer. We would go to Santa Monica beach and do sand sprints and bodyweight training. We did weight training, too. When we got to Australia, my trainer there worked for Cirque du Soleil. As an actor, I've trained before, but they trained me really hard. Every single day, I said, "Try to kill me." And every day, he tried to kill me.

The thing is, I'm 45 and was 44 when I made the movie. It's not like I'm carrying heavy weights. It's more about keeping the heart rate up. I never stop when I'm training, I never take breaks. I go from one thing to the next. Basically I use all my body on whatever exercise I'm doing.

Did you have to lose a lot of weight before starting the movie?
Weight wasn't an issue for me. I must've been in the low 160s. It was more just where the weight was: I took a little fat off my
stomach and put in my legs, arms, and chest. I just got lean in the
middle.

I have always been athletically inclined so I stay in pretty good shape: I just got back from cycling for three hours, I work out every single day. I grew up playing rugby, baseball, soccer, basketball, surf, ski.

What type of diet do you follow to stay in good shape?
WhenI'm making a movie, I eat the same thing every day. A little bit of eggs in the morning and a little bit of fruit. For lunch, I always have chicken breast and maybe a little avocado. For dinner, I'll have some sort of protein shake. At night, I eat fruit.

My philosophy as I get older is to stay 10% off my optimum, so if I get a call and somebody wants me to come and do something then I don't have to work so hard to come in and take off my shirt. I'm not a "take off my shirt" kind of actor, but if I had to. At that 10%, I'm a "two week-er" -- if you give me two weeks with a trainer and two weeks on a hardcore diet I will be ready. Right now, I still have a six pack. I never eat to point the where I look at myself and think it's too hard to get back. With that being said, I might put on 40 pounds for my next movie. That will be scary.

Was the experience of making this movie more difficult than you expected?
It was difficult because you're learning something from scratch. No matter what genre of film I'm doing, I want people to believe -- whether it's a tennis racket, a bicycle, a surgical tool -- that that has been in my hand for however many years. Whether you're a cook in the kitchen or you're a stick fighter. I always put in the time.

It was a tough movie to make. It was dangerous. I was knocked out several times being hit with sticks. The toughest thing was having another actor who was a novice like myself and having to do intense stick fighting with them. If you're a centimeter off or have a lapse of judgement, you can shatter a guy's cheek or break their knee. I had a guy hit me in the back of the neck and I thought I was paralyzed.

Why should fans connect with your character as a hero?
What interests me today is survival. Everyone is interested in survival drills and learning fighting. I think a lot of MMA's allure is your learning how to survive. This movie is a fight to the death. It's about a guy surviving on an emotional, spiritual, and physical level. He's an animal. He's got strength and he's got anger. This dude's living off the streets, living off crumbs. I think a lot of people can relate to that.

How would you describe the fight scenes in "I, Frankenstein"?
Extremely dangerous. Intense. Fierce. When you're acting, it's like a dance. You get to know the dance so well, your subconscious takes over and you're not thinking about it as it goes really fast between you and your partner. When they say "action!" you attack him.