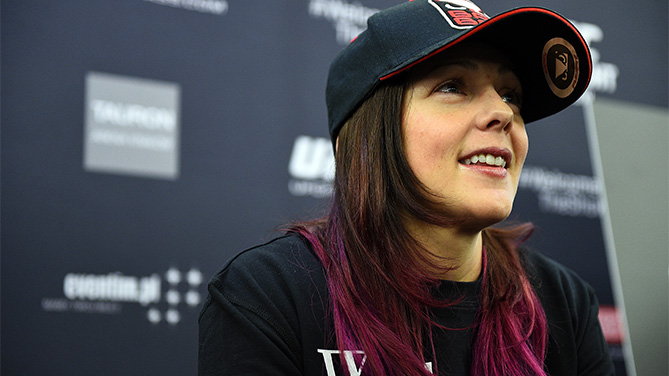 Friday couldn’t come fast enough. Joanne Calderwood would conquer one daunting hurdle that had been dominating every waking minute of her UFC Fight Night Kraków week.

She would finally step onto that damn scale. Then she could really sink her teeth into something really good to eat.
> Watch Fight Night Krakow Exclusively on UFC FIGHT PASS

“I’m so hungry!” she admitted sheepishly the day before, her lovely Scottish lilt barely above a whisper. “Do I look like it?”

Ah, the weight cut. The UFC’s fascinating strawweight star loves to train, loves to fight – and dreads the days before weigh-ins. “It’s a long week hard of work and if you’re hungry, you’re going to be a wee bit slower than usual,” Calderwood conceded. “Once you get to Thursday and you start really weight-cutting, it all goes by quickly.”

“As soon as I got this fight, I did some research to see what I’d be up against,” Calderwood , 27, said of her 23-year-old opponent with a wrestling background. 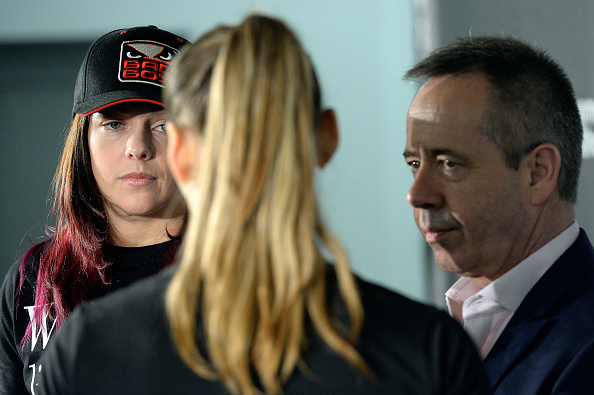 Jojo, on the other hand, has been called Scotland’s Quiet Storm because of her propensity for building up, then roiling to a fury in the Octagon. Or Dr. Kneevil, for how deftly the Glasgow native had delivered a well-placed, muay thai-trained finishing knee to opponents such as Ashley Cummins during Invicta FC 3.

This much is known: Few UFC fighters have built a more adoring fan base as quickly as Calderwood, whose iridescent hair color, asymmetrical haircuts and colorful body art bely the hushed, almost meek personality that endeared herself to UFC fans during the all-female The Ultimate Fighter: A Champion Will Be Crowned season that debuted the new strawweight division.

Calderwood is not a big talker and doesn’t enjoy taunts. These are traits that have won her many fans, but can make her a target among other fighters. But don’t mistake any of it for weakness, she said.

“I think the big personalities like that, they put too much pressure on themselves,” Calderwood said of those who talk smack. “I feel there is already too much pressure in life with everything else. So what’s the point of putting more hassle into it?" 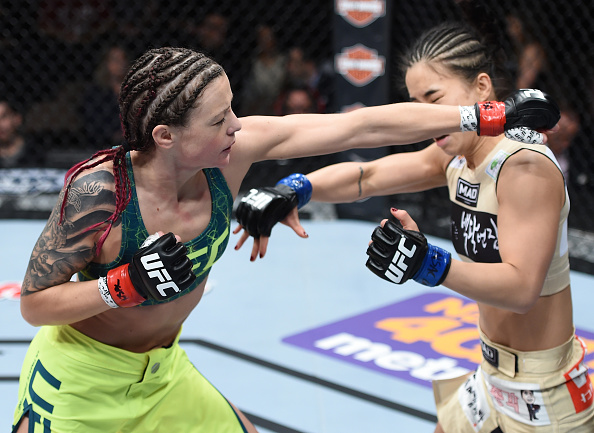 That’s the kind of stoicism that defined Calderwood’s personality in The Ultimate Fighter house, as she waged an emotional battle internally against the cattiness and negativity that boiled inside the living quarters.

“It hurt me really badly, and I didn’t really realize it until I got home that I was really traumatized by the experience,” she admitted. “Because in the beginning in the house and beforehand leading up to it, I was so positive. That’s the kind of person I am; I try to see the positive in everything and be calm.

“I had a few times when I was under the covers, crying, and I didn’t want anyone to see me,” she recalled. “It was when I got home and my family picked me up from the airport, it really hit me. I just broke down.

“I wasn’t very strong when I first came out of the house, but I’m a lot stronger now. “

A decisive win over Moroz on Saturday likely will put Calderwood in line for a crack at the newly crowned Polish strawweight champ Joanna Jedrzejczyk, whose electric standup style and colorful personality have made her a huge draw in Kraków this week as one of the event’s guest fighters. 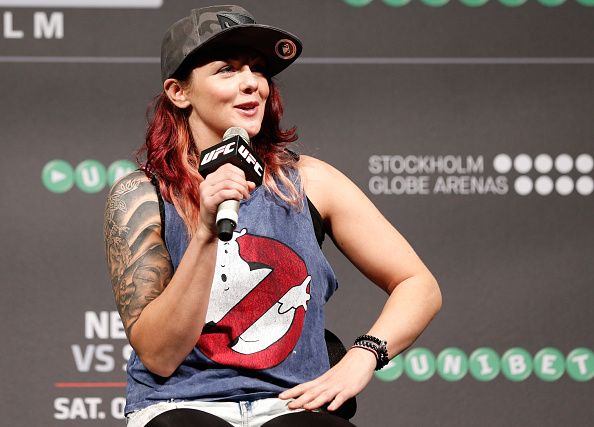 Indeed, Calderwood and Jedrzejczyk have danced around a possible clash that possibly could come at the UFC’s inaugural Glasgow event on July 18.

Calderwood knows she’ll need to climb over quite a few fighters who also were former housemates if she wants to secure that championship belt. But she insists this isn’t about revenge.

“All the girls that are above me in the rankings are the girls who were in the house. So yeah, I’ll face them eventually, especially if I’m going to move up in the rankings,” she said. “I don’t know how the UFC will do it, but I’ll take that one fight at a time, knowing that it will be the girls from the house.

“I’ve got nothing against them. Every personality is different, and all the girls were completely different. It was just hard to be around it, with all their emotions when they’re showing it and I’m trying not to. I wasn’t comfortable being around them when they were moody or grumpy and down and negative. It’s so contagious. That’s why I try not to go near anyone talking down on people or talking down on their situation. You have to take a deep breath and step back from that because it is contagious.” 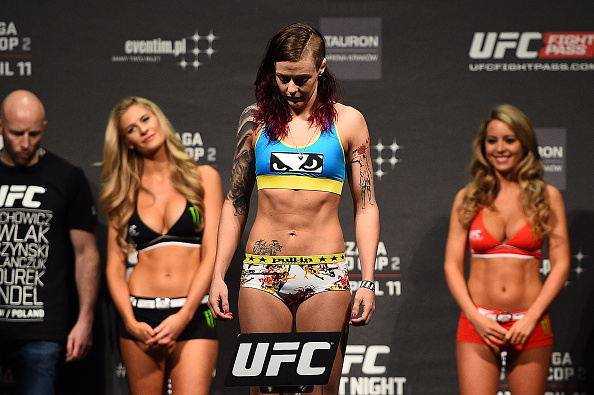 Calderwood had just finished four consecutive phone interview sessions with UK media, and she looked relieved. Not because the interviews were completed, but that the stream of questions prevented her from thinking about the savory peirogis and kebobs calling to her amid the lively street food culture of Kraków.

“The interviews, they keep me from looking at pictures of food on Instagram,” she joked.

Jojo does love to eat, and the all-night food choices in Las Vegas, home of the UFC, simply fascinate her.

“Krispy Kreme donuts – you can get them all night! And slushies. That would be a disaster for me. I would maybe need to go up in weight,” she said, laughing. “Yeah, I guess I shouldn’t talk about it right now!”

The fight week is stressful for her, as is the buildup to stepping inside the Octagon. Once there, it’s a release of energy.

That’s her second hurdle to overcome. Calderwood is a bundle of nerves before every bout.

The reward, Calderwood said, is afterward. She’ll enjoy Kraków on Monday with her mother, who is with her on this trip.

Which brings us back to the food …

“What favorite food have you eaten here?” she asked a reporter. “There is a good kebobs place across the street. But I can’t go there until after the fight. I’ve heard it’s good, though. Everybody looks like they’re enjoying it.”

Calderwood’s time for that will come, and so will her steps toward a title. She is counting on that, too.